The former Vikings quarterback coached the Raiders for three seasons, leading them to the Class 6A semifinals in 2017. 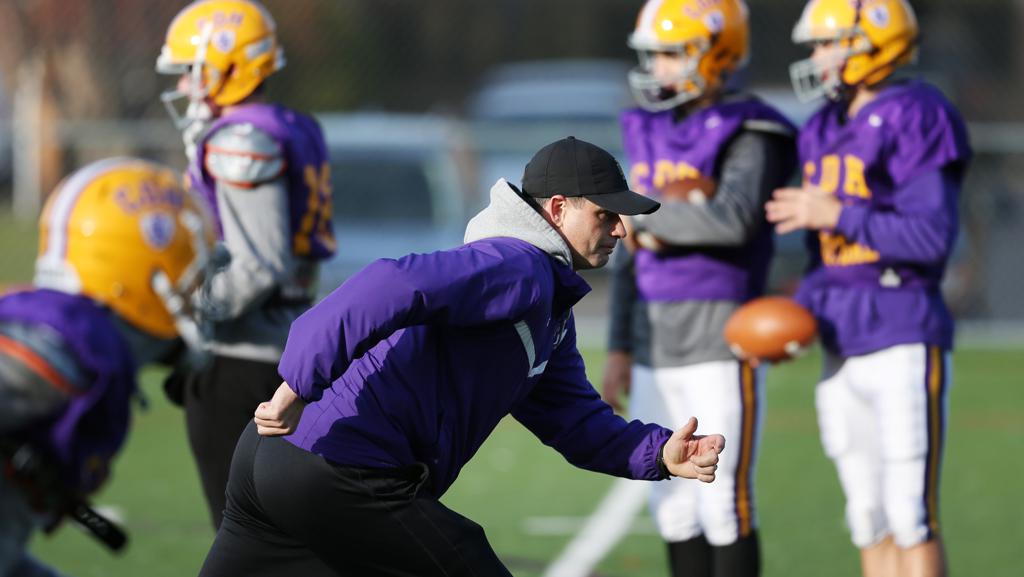 “He took a new job last year that was going to be difficult, we knew it was going to be challenging,” Archer said. “We both agreed that it would be good for him to step down on a good note. He’s contributed a ton of stuff here. He’s done a really good job, and we wanted to keep it in a way that it was possible for him to come back around, or be a part of the program.”

Archer said Bollinger sent an e-mail to the players and parents notifying them about the decision to step down.

Bollinger, a former Minnesota Vikings quarterback, coached the Raiders to the Class 6A state semifinals in 2017.

Bollinger, 39, played quarterback for four years at Wisconsin, leading it to a Rose Bowl victory in 2000. He played professionally from 2003 to 2010, including stints with the Vikings, Jets and Cowboys.

Bollinger took over as head coach at Hill-Murray in 2011 and led it to the state tournament semifinals. He then took an assistant coaching job at the University of Pittsburgh and left after the 2013 season.

In 2015 then-Raiders coach Mike Scanlan invited him to join Cretin-Derham Hall. The Grand Forks native is married to Natalie Roedler, who graduated from the school in 1998.

Jack Warrick is a University of Minnesota student on assignment for the Star Tribune.