Gophers recruit Jason Williamson ran and the Huskies defense stuffed the Elks en route to a 39-8 victory in the rematch of the 2017 semifinalists. 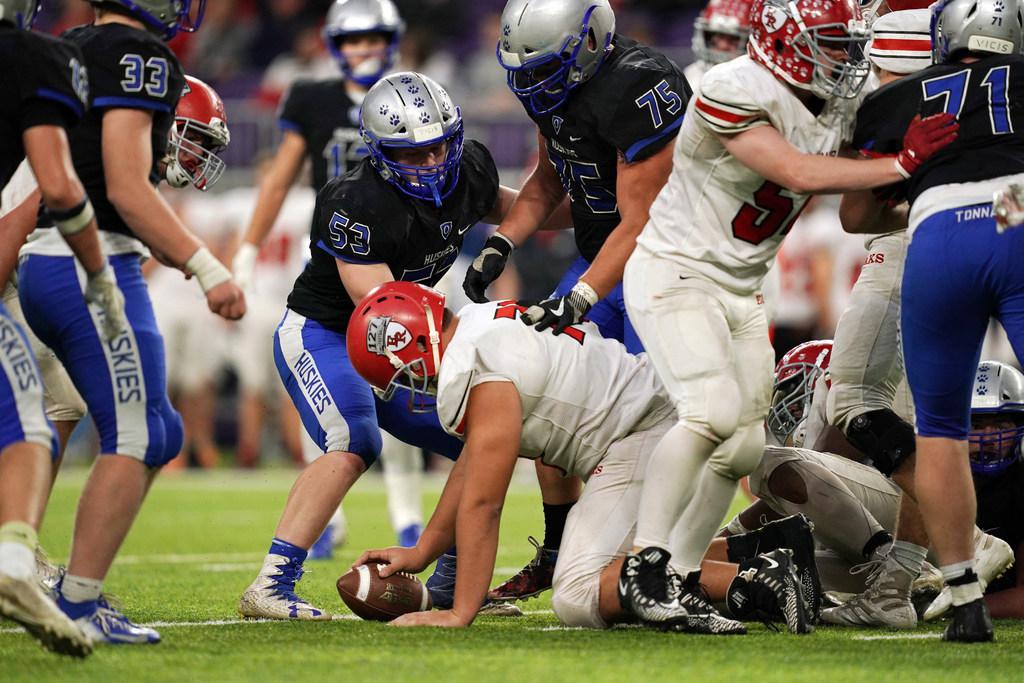 He sports a bandana tied across his forehead. Eye black covers the parts of his face not taken up by a beard he’s been growing since his junior year. With a jersey torn at the armpit from battles in the trenches, Owatonna defensive tackle Chris Lewis looks every bit the part of hardscrabble nose-tackle.

Lewis and his Owatonna defensive mates did Friday what so many other teams have tried and failed to achieve: shut down Elk River’s vaunted power-T running game. The Huskies held Elk River, which had averaged more the 400 yards rushing per game, to just 125 yards on the ground en route to a 39-8 victory in the Class 5A semifinal at U.S. Bank Stadium.

“Our defense has been really salty against the run all year,” Owatonna coach Jeff Williams said. “Elk River runs the ball better than anybody we’ve seen over the last three years. To be able to hold these guys to eight, that’s a major accomplishment.”

“Like coach said, we’ve been pretty stingy against the run all year,” Lewis said. “Holding them to, what, 100-some yards, something like that? Feels pretty good.”

Elk River coach Steve Hamilton, whose vintage offense has started to catch on with programs across the state, knew Owatonna would pose problems. The teams had played in each of the two previous state tournaments, each winning once. The Huskies had a well-rehearsed recipe in place for stopping the Elks.

“It’s no secret, really,” Hamilton said. “Be really disciplined and be better than us up front. If your guys can win the one-on-one battles against us and you’re really super-disciplined, you’re going to beat us.”

The chief storyline for Owatonna all season has been ultra-talented running back Jason Williamson, who had averaged more than 400 yards rushing per game in the postseason. Williamson, who plans to attend Minnesota, had 199 yards on the ground and five touchdowns, but this game belonged to the Owatonna defense.

“Getting a lead and putting them behind the eight-ball a little bit, making them have to make some decisions and getting them off-schedule, our defense, led by Lewie, did a nice job of that,” Williams said.

Said Hamilton, “They stop everybody. ‘Cause they’re a really good defense and they’re coached really well.” 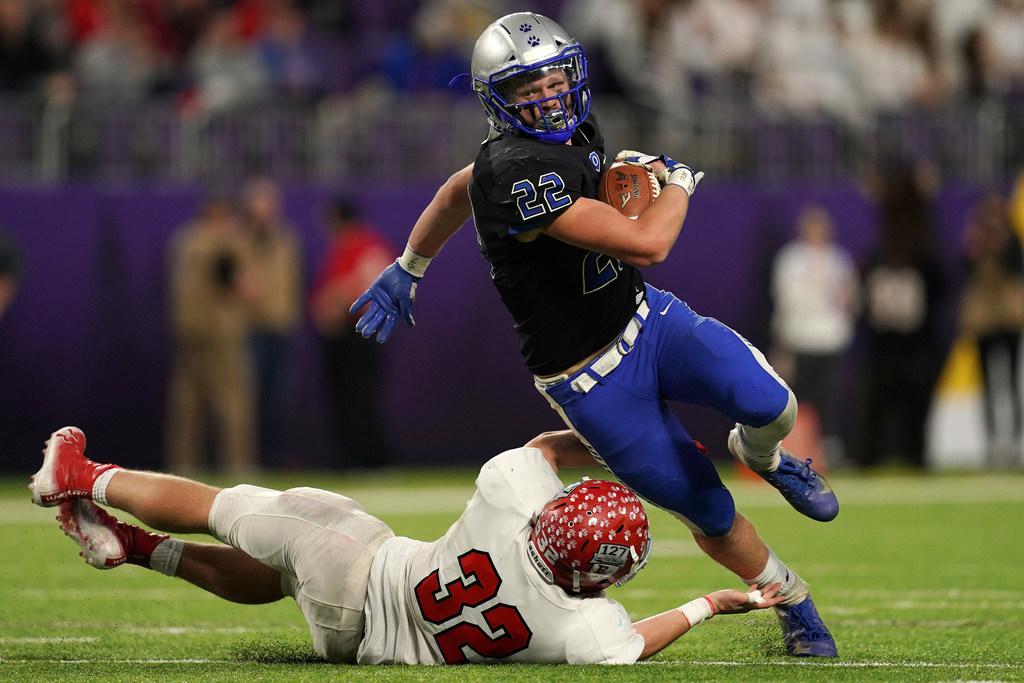 Owatonna did the expected – give the ball to Jason Williamson – and the unexpected – shut down Elk River’s vaunted Power T offense – en route to a 39-8 victory in the Class 5A semifinals.

Williamson, the senior running back who had been unstoppable through Owatonna’s postseason run, looked a bit more mortal against the Elks, but still rushed for 204 yards and five touchdowns. He had averaged more than 400 yards rushing in the Huskies’ first three playoff games.

Having played Elk River in the state tournament in each of the past two seasons, Owatonna’s defense clogged the middle against Elk River and didn’t allow the Elks the explosive runs that are a hallmark of their offense. The only Elks touchdown came through the air on a 44-yard pass from quarterback Tyler Leshovsky to Carter Otto in the third quarter. Elk River was held to 126 yards rushing.

Elk River (10-2) defeated Owatonna in the 2016 Class 5A semifinals. Owatonna returned the favor, defeating Elk River in the 2017 championship game.