2A: Caledonia rolls over New Richland-Hartland-Ellendale-Geneva

The three-time defending state champions, with a 41-0 victory, have a 52-game winning streak. 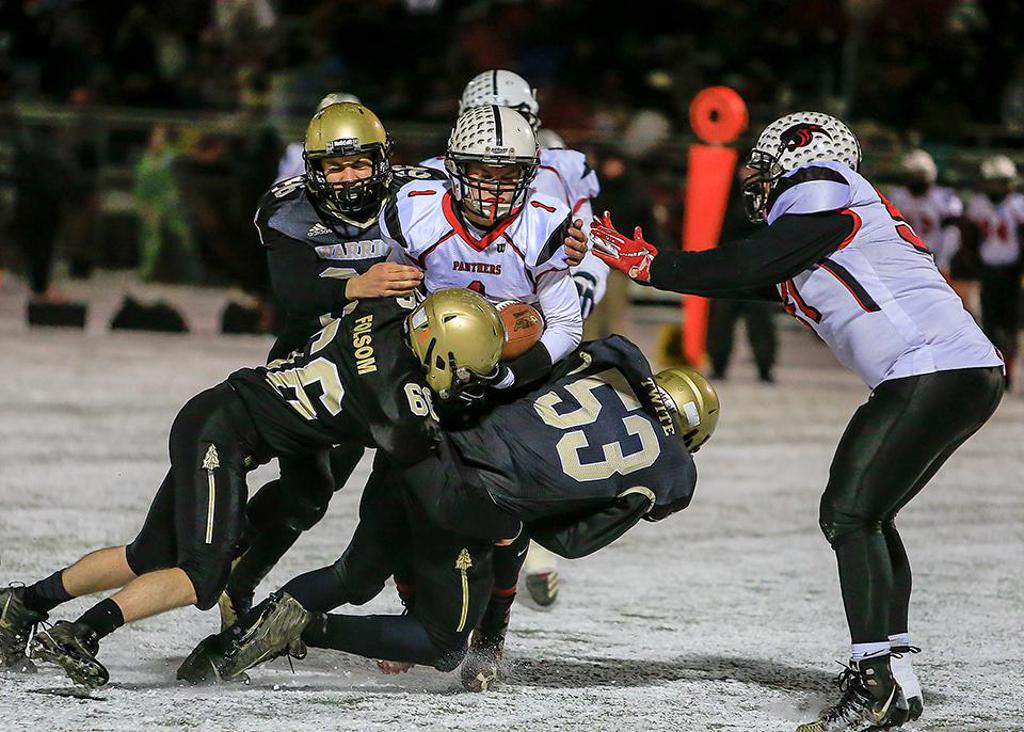 That successful transition was apparent Friday as the Warriors defeated New Richland-Hartland-Ellendale-Geneva 41-0 in the Class 2A quarterfinals at Burnsville High School.

King, a junior, rushed for a touchdown and threw for two more for the three-time-defending Class 2A champion Warriors (11-0), who have won 52 consecutive games, second-longest streak in state history. 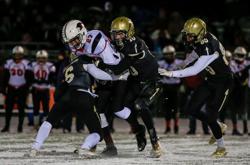 Tate Meiners and Nick McCabe caught King’s touchdown passes, and McCabe and Jack Beardmore also rushed for touchdowns. The Warriors’ Payton Schott returned a first-quarter fumble for a score on a snow-covered field.

“We’re a program that doesn’t make excuses,” coach Carl Fruechte said of the conditions. “It doesn’t matter what kind of weather it is. We’re going to play the game.”

Caledonia won 41 consecutive games from 2015 to 2017 with Owen King as quarterback. King graduated this past spring and is now on the South Dakota State basketball team.

Noah King became starting quarterback this fall and had thrown 14 touchdown passes and rushed for eight before Friday, as the Warriors had won every game by at least two touchdowns.

“At the beginning of the year, a lot of guys were stepping into new roles,” King said. “I think we’re playing our best football at the most important time.”

Stephen-Argyle holds the state record with 78 consecutive victories from 2003 to 2008. 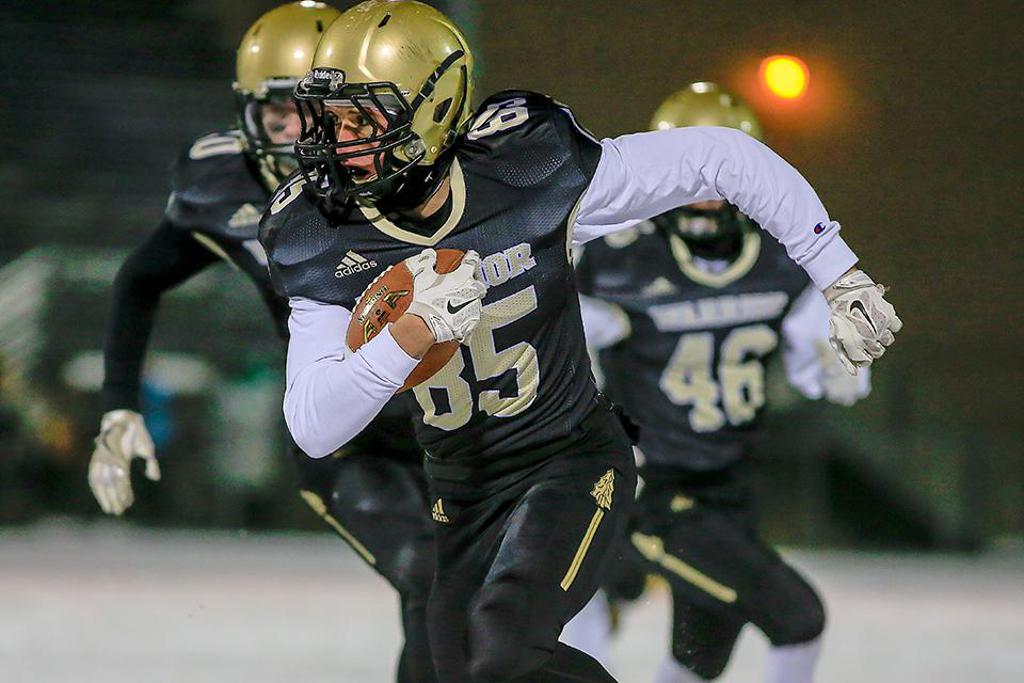 Caledonia defensive back Payton Schott (85) returned a fumble for a first-quarter touchdown as the Warriors rolled up a 34-0 halftime lead. Photo by Mark Hvidsten, SportsEngine

McCabe and Jack Beardmore also rushed for touchdowns for the Warriors (11-0), while Payton Schott returned a fumble for a score.

Caledonia has won three consecutive Class 2A titles and eight since 2007. The Warriors won their most recent three with King's older brother Owen playing quarterback. Owen King is now a freshman guard on the South Dakota State basketball team.

Noah King gave Caledonia a 7-0 lead Friday with a 36-yard touchdown pass to Meiners, after Meiners had intercepted a New Richland-Hartland-Ellendale-Geneva two plays earlier. The Warriors scored 15 seconds later on Schott's fumble return, before adding three second-quarter touchdowns. They finished the half with 235 yards of offense and three takeaways on defense. 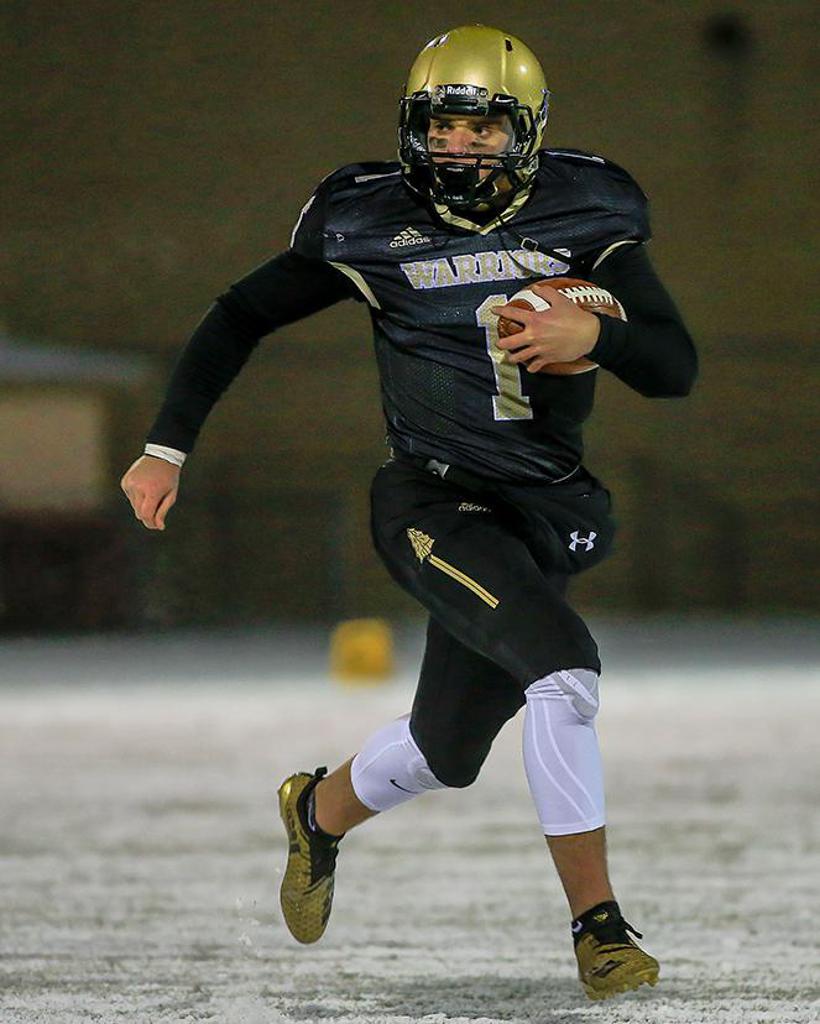 Caledonia junior quarterback Noah King passed for two touchdowns and ran for another in the Warriors' 41-0 victory. Photo by Mark Hvidsten, SportsEngine