The Governors are making their first trip since a memorable thumping of Edina in 1981. Oakdale-based Tartan is playing in its first quarterfinal game. 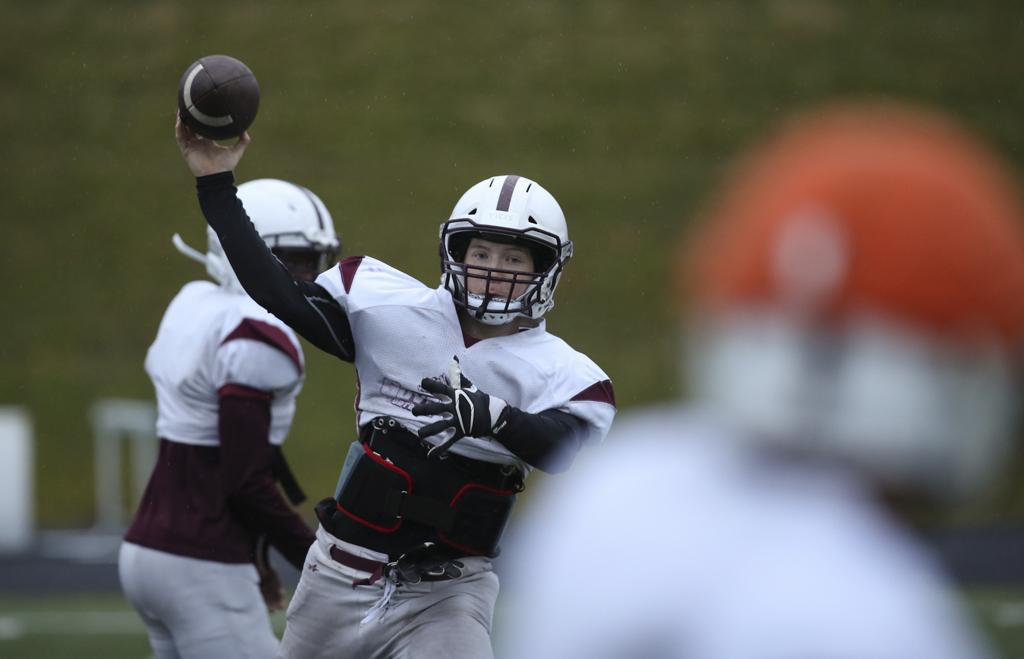 One bus load of starting players missed the turn on Crosstown Hwy. 62 and reached Edina High School about 10 minutes before kickoff. No matter. The visitors overcame the travel hiccup by manhandling the No. 1-ranked Hornets in an 18-13 upset.

“All of a sudden Edina realized they were in a fistfight,” said Hitchcock, who later starred as a Gophers’ offensive lineman and played for the Washington Redskins.

The programs, just six miles apart in the east metro, are led by second-year coaches who get the most out of their players through good mottos and better football acumen. 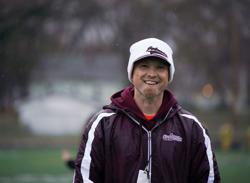 Before Johnson’s section final against South St. Paul last Friday, coach Eric Moberg’s urged players to “put it on the wall,’’ a nod to the date “10/10/02,’’ inscribed on a wall in the school’s weight room. That night 16 years ago, Johnson crushed longtime tormentor Cretin-Derham Hall 30-13 in the Raiders’ final game in the St. Paul City Conference before moving to the Suburban East.

Moberg’s players got the message, some wearing T-shirts sporting “Put it on the Wall’’ under their pads against the Packers. After Johnson’s victory, a large group of alumni came onto the field in celebration. Moberg encouraged his kneeling players to look around and realize their success had become a source of pride to a larger community. No St. Paul public school had reached the football state tournament since 1981.

“It’s so fantastic,” said Moberg, whose Governors (6-4) play St. Anthony Village (8-2) in a Class 4A quarterfinal at 7 p.m. Thursday at Park Center High School. “I was wearing a Johnson hat at Cub Foods and a random lady started talking football with me. This is something everyone in St. Paul can feel proud of.”

Tartan coach Matt Diediker, a social studies teacher at the school since 2009, made sure his players grasped a similar perspective.

“I wanted to teach a history lesson about all the past teams who worked hard, the alumni and the community and how these players are part of that,” said Diediker, a Titans assistant coach from 2009-13. “I feel that if we hadn’t learned the lesson, we wouldn’t be here.”

Last season, Tartan reached its first section final in about a decade and fell to Mahtomedi. Diediker offered a bigger challenge at the postseason banquet he called “RTB,” red to blue. The inspiration: Section runners-up receive a medal attached to a red ribbon. Winners wear blue.

“We had to change it to R2B because someone else out there has RTB,” Diediker said jokingly. 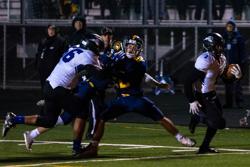 Regardless, it worked. The Titans took home blue ribbons by winning at Mahtomedi. Players jumped up and down yelling “R2B” in the south end zone afterward.

“Our kids are fast and aggressive, they hit hard and are fundamentally sound,” coach Moberg said. “It’s East Side football.”