Quintcy Suggs led the Lightning offense with 137 rushing yards and a touchdown. 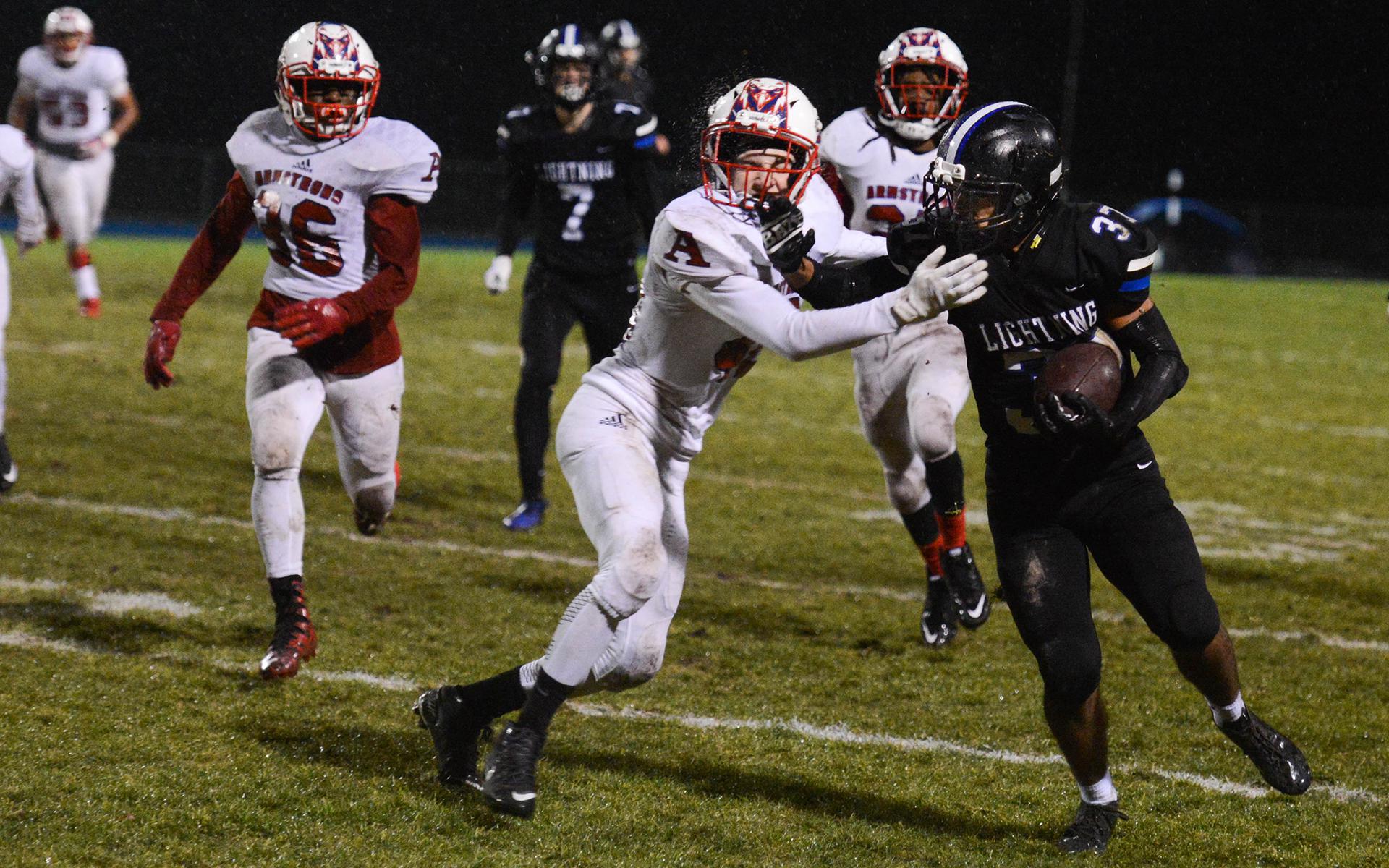 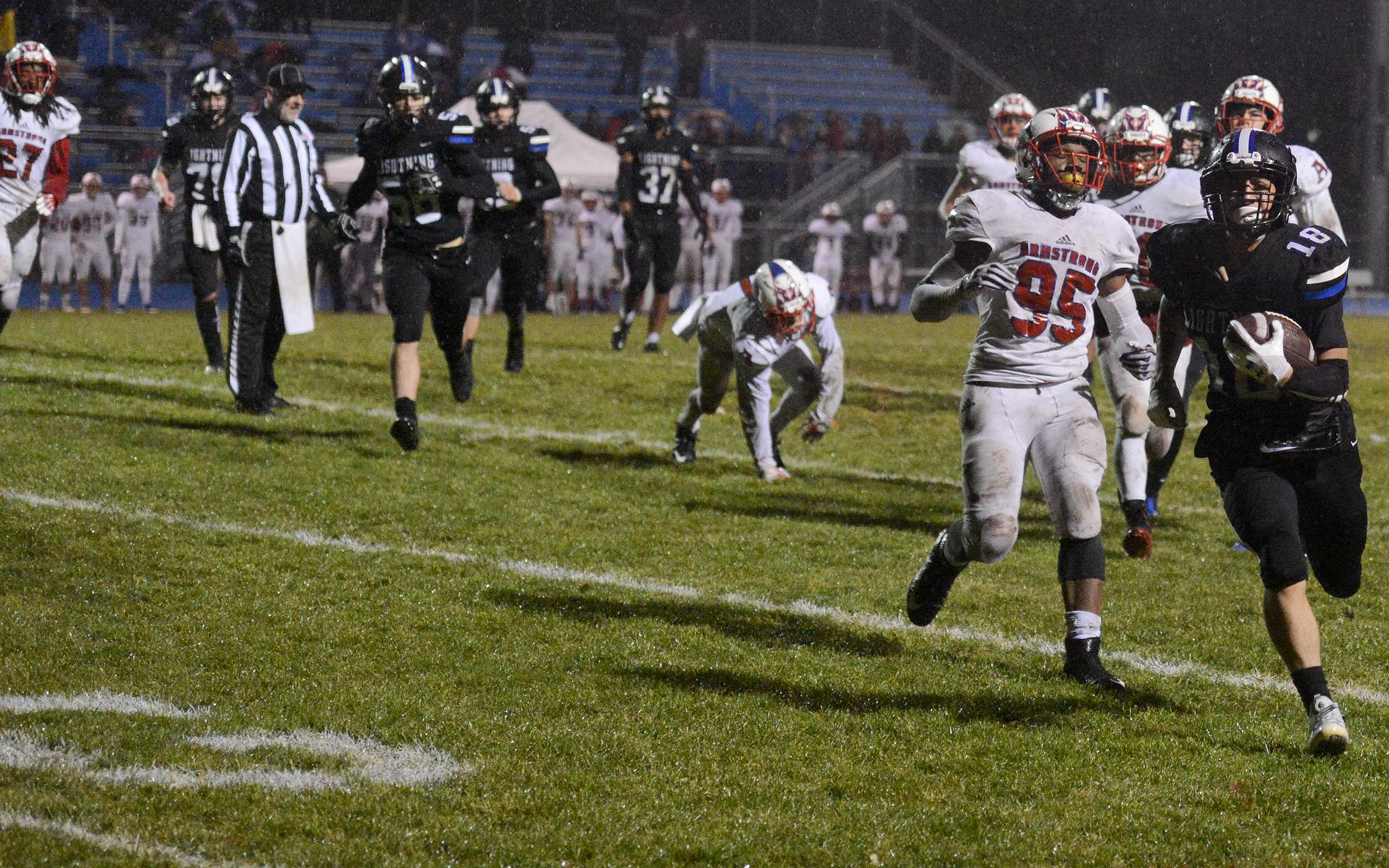 Eastview knew it would have to adjust its offensive game plan heading into its Class 6A playoff matchup against Robbinsdale Armstrong with driving rain and temperatures in the 40s.

During the regular season, the Lightning often used a balanced offensive attack as they played to a .500 record. On Friday, Mother Nature and late October Minnesota weather had other plans.

"It was really the game plan to run the ball, and we did it well," said Eastview running back Quintcy Suggs, whose third-quarter touchdown was the final blow in a 21-12 home victory for the Lightning. 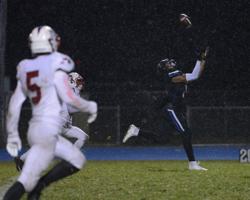 Sure, Eastview (5-4) had played in rain earlier this season. Rain fell at times during a 17-14 loss at Wayzata on Oct. 5. But with a cold, driving rain, successful teams make adjustments.

"Part of that, a wet ball, and not feeling comfortable," he said. "In a game like today, you really want to make sure you take care of the ball."

It helps when you have plenty of weapons to rush the ball with. Suggs led the way, running 22 times for 137 yards. His teammate Isaiah Misukanis also added a rushing touchdown in the second quarter.

For Robbinsdale Armstrong (4-5), cold, rainy weather did not help an offense that typically relies on its talented passing offense.

"This isn't the weather we wanted," Negen said. "We feel like we have some receivers who can really play and a quarterback who can throw it around a little bit."

Still, Negen had plenty of good memories looking back at the 2018 season that ended earlier than his team would have liked. He talked about the team's high GPA and the leadership he saw this fall.

And he almost never heard from teachers who in other years would send him emails about misbehavior.

"I got two emails this year," he said. "For one kid who didn't have his calculator and one kid who shot a piece of paper across the room. That's not a lot of problems."

Eastview's win means the Lightning will play in the second round of the Class 6A playoffs on Friday, Nov. 2. They will play East Ridge, which defeated Forest Lake 44-16 in the first round.

Sherwin said many of the Lightning players felt they could have played better in Friday's win. But he quickly reminded them about the fact they still have another chance to play football.

"We just won a football game," he said. "And a playoff game. You'd much rather win than lose at this point of the season."

Quintcy Suggs and Eastview (5-4) survived the elements and a talented Robbinsdale Armstrong passing offense in a 21-12 home victory in the first round of the Class 6A tournament on Friday night.

Armstrong (4-5) made a late push with a 1-yard touchdown run by quarterback Jake Breitbach, giving the Falcons an opportunity to pull within one possession with 3:15 remaining. However, the following two-point passing attempt was unsuccessful.

Mikey Kamano helped get the Lightning on the board in the first quarter with a touchdown off a blocked kick. Teammate Jack Lewison was credited with the block on the Falcons’ punt.

The Falcons responded three minutes into the second quarter when Breitbach found a seam and rushed 75 yards for a touchdown. However, two minutes later, Isaiah Misukanis responded by running for a 16-yard Lightning touchdown.

Trailing in the second quarter, Armstrong made a late push on a 70-yard drive before halftime. But the Eastview defense came up with a turnover on downs, stopping a fourth-down pass, to keep the Lightning ahead 14-6.

Armstrong’s Breitbach completed 20 of 43 passes for 141 yards. Kham Chiaokhiao-Bowman caught 13 of those passes for 104 yards. 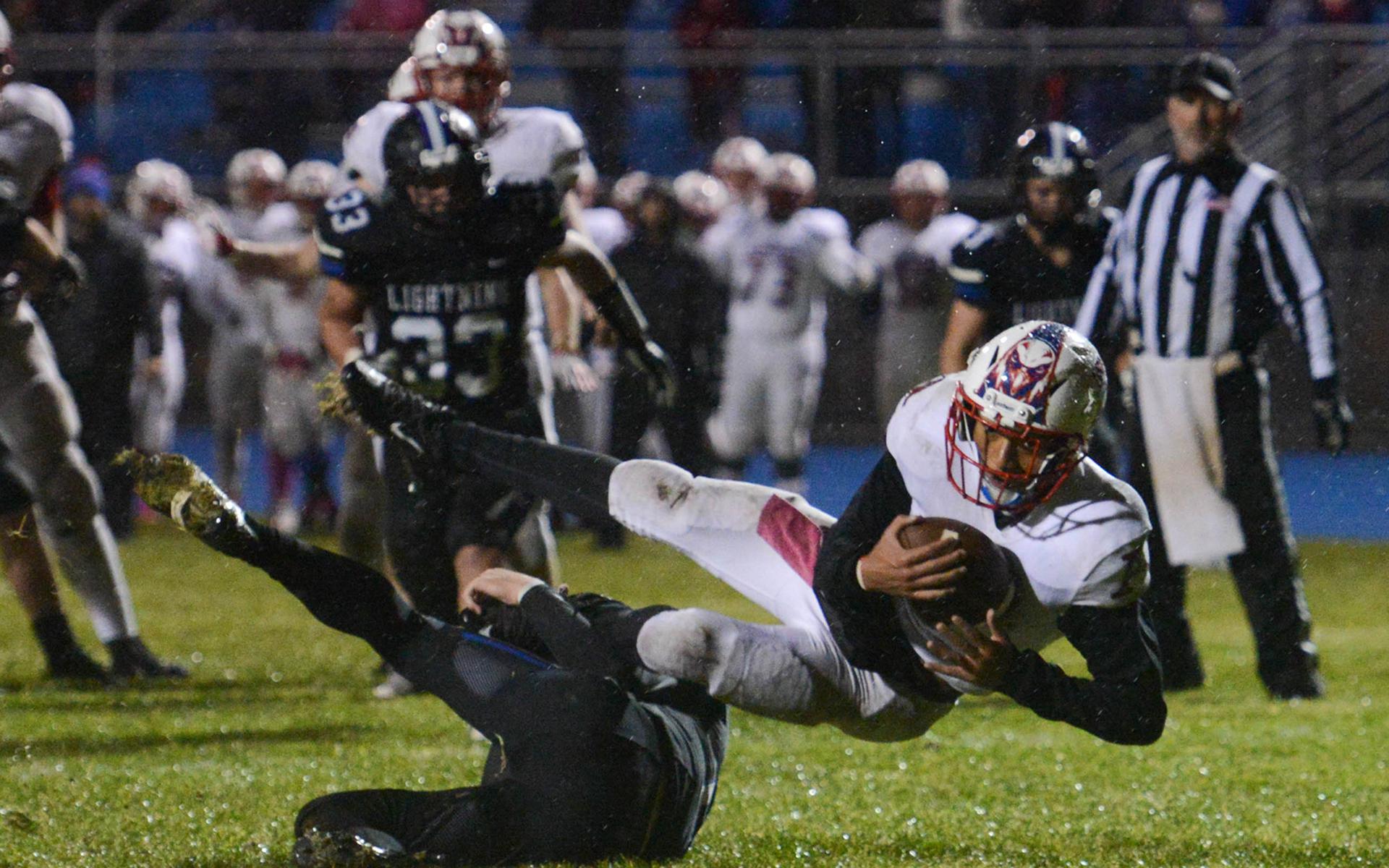