David La Vaque and Jim Paulsen pick three of the best games in Class 6A to kick off the postseason. 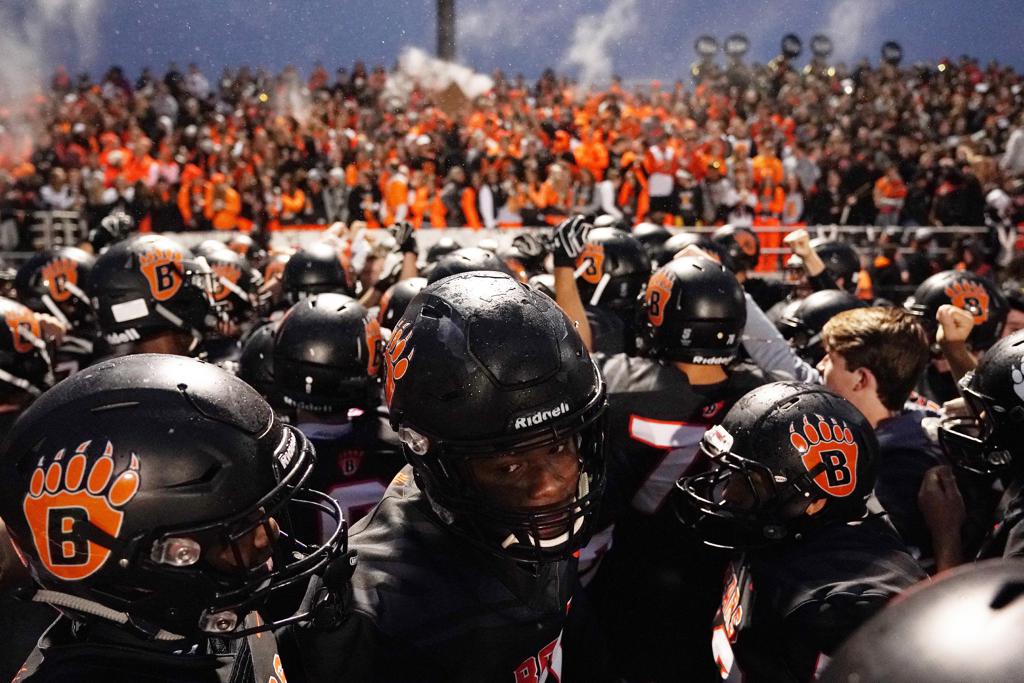 On Friday, Class 6A teams play first-round games in their 31-team tournament. Staff writer Jim Paulsen (18-11) tanked last week, hitting only one of five picks. Colleague David La Vaque (16-13) looms two games back but won’t gain ground this week because his picks are the same.

Jim says: Buffalo is trending up, having won five in a row, largely on the arm of QB Aidan Bouman and a top-notch group of receivers led by Treyton Welch. But I’m a big believer that teams are toughened by strength of schedule, and this is Buffalo’s first game against a 6A foe. Prior Lake 38, Buffalo 30

David says: Panic Lake? The Lakers have lost two in a row and their offense struggled in both games. While Colin O’Connor is a solid dual-threat quarterback, the Lakers must get more from their running backs to sustain drives and limit Buffalo’s time of possession. Prior Lake 24, Buffalo 20

Jim says: Is there a better sub-.500 team than Maple Grove? The Crimson has lost to teams that are a combined 10 games over .500. White Bear Lake has made great strides this season — at one point it was 4-1 — but has lost three in a row against the toughest part of its schedule. Maple Grove 29, White Bear Lake 17

David says: With 1,516 rushing yards and 16 touchdowns through eight games, Maple Grove running back Evan Hull has made a strong case as the metro area’s top player this season. He’s the Crimson’s everything. That will haunt Maple Grove in the later rounds but not Friday. Maple Grove 28, White Bear Lake 21

David says: Perhaps the Raiders’ shutout victory against Roseville last week is a sign of an improving defense. But so many shootouts this season might mean the performance was an aberration. Can Lakeville South score enough to test the Raiders? Cretin-Derham Hall 24, Lakeville South 17