The Wildcats' 20-8 victory included a 67-yard catch and run by Will Koppi and a 35-yard interception return from Eric Groeneveld. 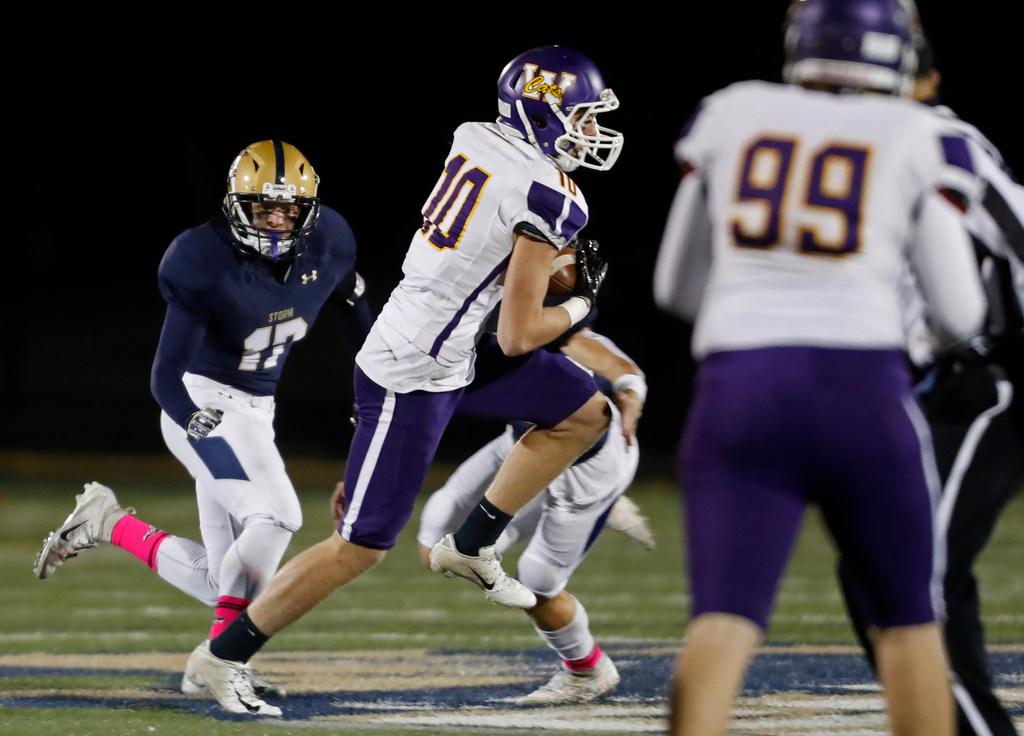 Waconia receiver Will Koppi (10) scored a touchdown on a 67-yard catch and run in the first half against Chanhassen. Photo: Richard Tsong-Taatarii•Richard.Tsong-Taatarii@startribune.com

Waconia controlled host Chanhassen throughout a 20-8 victory Wednesday, proving the effects of a late loss last week didn’t carry over.

With the victory, Waconia (7-1) won the Carver County collision, claiming the Suburban White subdistrict title outright and making a strong case to be the No. 1 seed in Class 5A, Section 2.

The section is electronically ranked, but the math favors the sixth-ranked Wildcats after dispatching No. 5 Chanhassen (6-2).

“I’m really excited for the playoffs,” said Mitchell Garnatz, Waconia’s senior running back and defensive back. “I think we’re ready to get to [U.S. Bank Stadium].”

Reaching the state tournament semifinal round will require more of what the Wildcats showed on both sides of the ball. The offense and defense each supplied scoring plays. The first touchdown, a 67-yard catch and run by Will Koppi on the Wildcats’ opening play, fulfilled a vision.

“We talked in practice [Tuesday] about how we thought Koppi would score on that play,” Garnatz said. 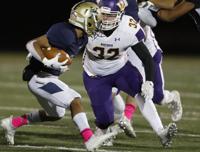 Just like the Wildcats scripted it, the middle of Chanhassen defense parted and Koppi, running a short slant pattern, shook loose from his defender.

Then Waconia’s defense, adept at blanking opponents, showed it knows how to score, too. Junior linebacker Eric Groeneveld intercepted a pass and went 35 yards for a touchdown.

“I told him, ‘You’re an animal. That was crazy,’ ” Garnatz said. “The big plays on defense, the turnovers, have been huge for us.”

Garnatz made plays everywhere. He recorded a sack on a first-quarter blitz. He broke a 37-yard run deep into Storm territory in the second quarter. And his key block extended quarterback Ethan Swanson’s 39-yard run in the third quarter, a play that led to the first of two Tim Stapleton field goals.

“He does everything for us,” Swanson said of Garnatz. “He runs hard, he’s a great returner and a defensive back.”

Chanhassen, meanwhile, struggled without its top playmaker, Jacob Miller. The starting senior quarterback sat out the game due to an injury suffered last week against Bloomington Kennedy.

Backup Tyson Hansen could not solve the Waconia defense, which just missed its third shutout by permitting a late game-winning touchdown against Holy Angels last week. Chanhassen also scored a last-minute touchdown. By then, it didn’t matter.

“It all goes back to our defense,” Swanson said. “They were able to keep Chanhassen out of the end zone in the first half. And then we were able to have a few longer drives on offense that took a lot of time off the clock.”

No. 6 Waconia enjoyed a 20-8 road victory Wednesday at No. 5 Chanhassen in a battle of Class 5A teams.

The Wildcats’ touchdowns both came on big plays, a 67-yard catch and run by Will Koppi and a 35-yard interception return from Eric Groeneveld. Kicker Tim Stapleton booted two field goals.

With the victory, Waconia (7-1) wins the Suburban White subdistrict title outright and makes a strong case to be the No. 1 seed in Class 5A, Section 2.