The Panthers, behind two third-quarter touchdowns by Brian Curtis Jr., handed the Eagles their first loss since 2016. 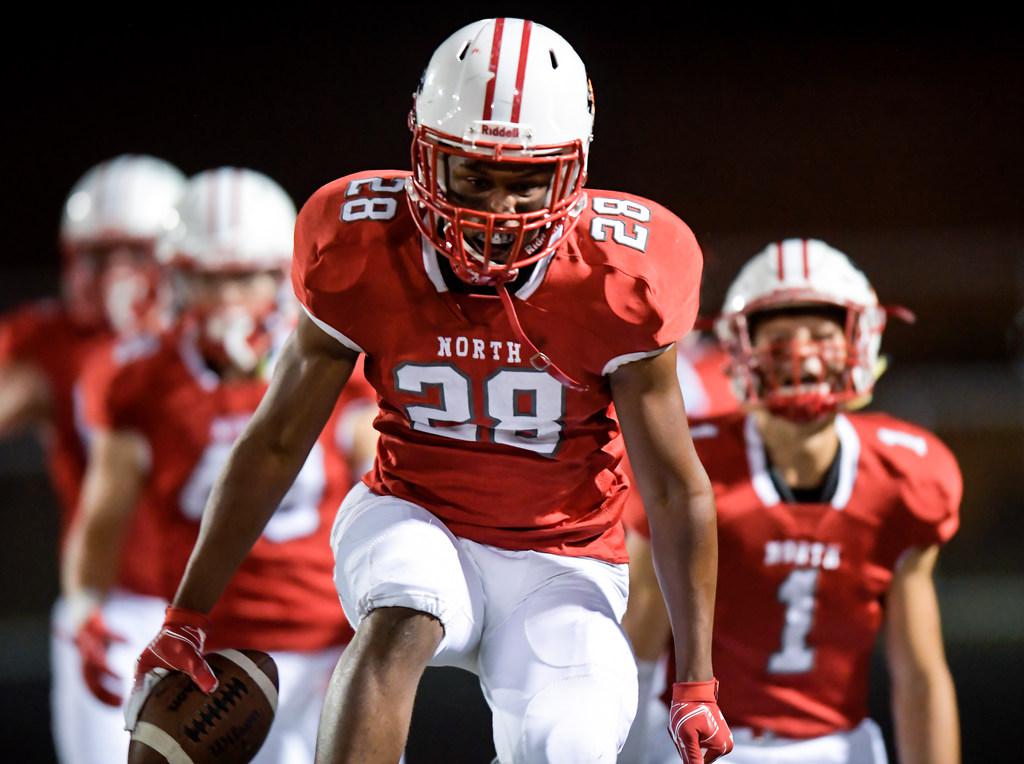 It’s a well-traveled path for those familiar with Eden Prairie football.

The bigger, stronger, more physical team slowly grinds on its opponent until the other guys break.

Only this time, it Eden Prairie that was being broken.

Lakeville North, leaning on its massive offensive front and a relentlessly aggressive defense, out-Eden Prairied Eden Prairie for a 14-0 victory.

The victory marks the first time Lakeville North defeated the west-metro powerhouse in school history, which dates back to 2005, when Lakeville split into two high schools.

“We kept reminding our players to just be who we are and trust that who we are was good enough,” Lakeville North coach Brian Vossen said. “We’re built to wear and tear on other teams.”

By remaining steadfast in its approach and true to its character, Lakeville North proved plenty good enough. The Panthers ran a steady diet of hard-nosed running back Brian Curtis Jr. at the Eagles, interspersed with an occasional burst of speed from junior Raja Nelson. Curtis ran 27 times for 102 yards and scored both Lakeville North touchdowns.

“They outweigh us 80 pounds a guy, literally” said Eden Prairie coach Mike Grant, exaggerating just slightly. “Tip your hat to Lakeville, they pounded and pounded and that’s what I would do, too, if I had that team.”

The game swung Lakeville North’s way in the first offensive play of the second half. Eden Prairie quarterback Cole Kramer’s long pass down the middle of the field was intercepted by Lakeville North cornerback Erik Weckman, who returned it to the Eden Prairie 10. Two plays later, Curtis squirted through from eight yards out for a 7-0 Panthers’ lead.

They doubled their margin five minutes later on their next possession. Curtis scored again, this time on a seven-yard run to cap Lakeville North’s best drive of the night — 52 yards in eight plays — that ended with the Panthers leading 14-0.

Eden Prairie moved the ball fitfully thereafter, picking up a first down or two but never generating any momentum. Much of that was due to Lakeville North’s defense, which harassed Kramer throughout the entire second half. He completed 12 of 27 passes for 125 yards in the game, but was just four of 16 for 22 yards after halftime.

“We were able to lock them down the whole entire game,” Lakeville North defensive lineman Will Mostaert said. “We got sacks, tackles, picks, whatever we needed to do. It was just a perfect game for our defense.” 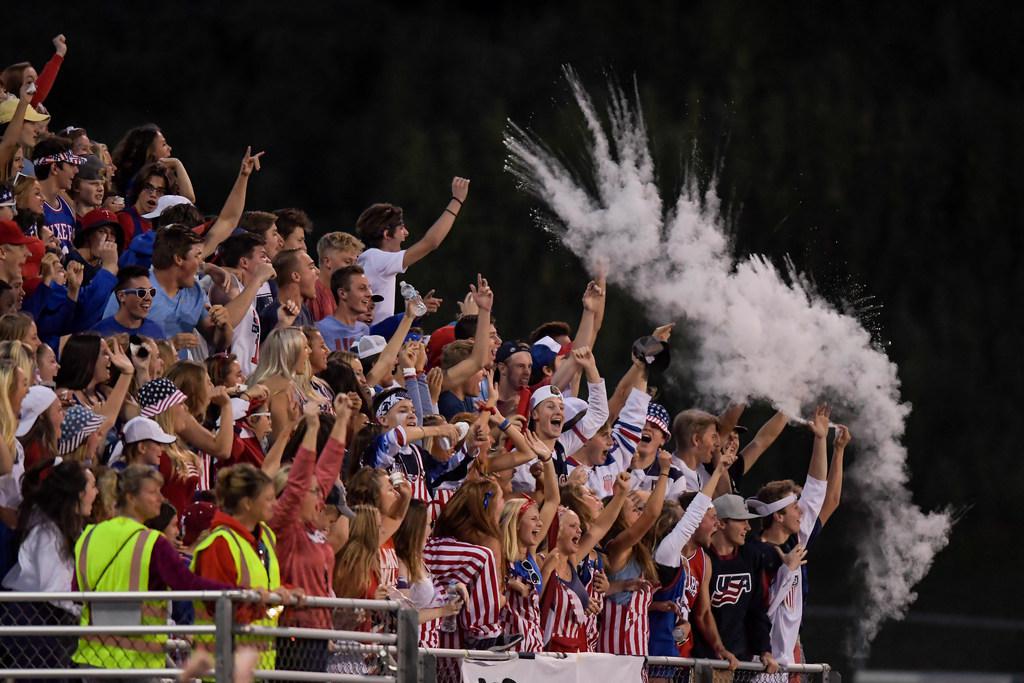 The Lakeville North student section erupted after a blocked field goal attempt by Eden Prairie appeared to be returned by the Panthers for a touchdown. But it was nullifed by a penalty. Photo: AARON LAVINSKY ¥ aaron.lavinsky@startribune.com

Brian Curtis Jr. scored two touchdowns in a span of just over five minutes in the second quarter, lifting Lakeville North to a 14-0 victory over top-ranked Eden Prairie.

The victory marked the first time in school history that Lakeville North defeated Eden Prairie, ending an eight-game losing streak dating back its inception in 2005, when Lakeville split into two high schools.