Moments to remember from the high school football season

The Star Tribune’s Jim Paulsen and David La Vaque share some of their favorite memories from covering a season full of football from late August to November. 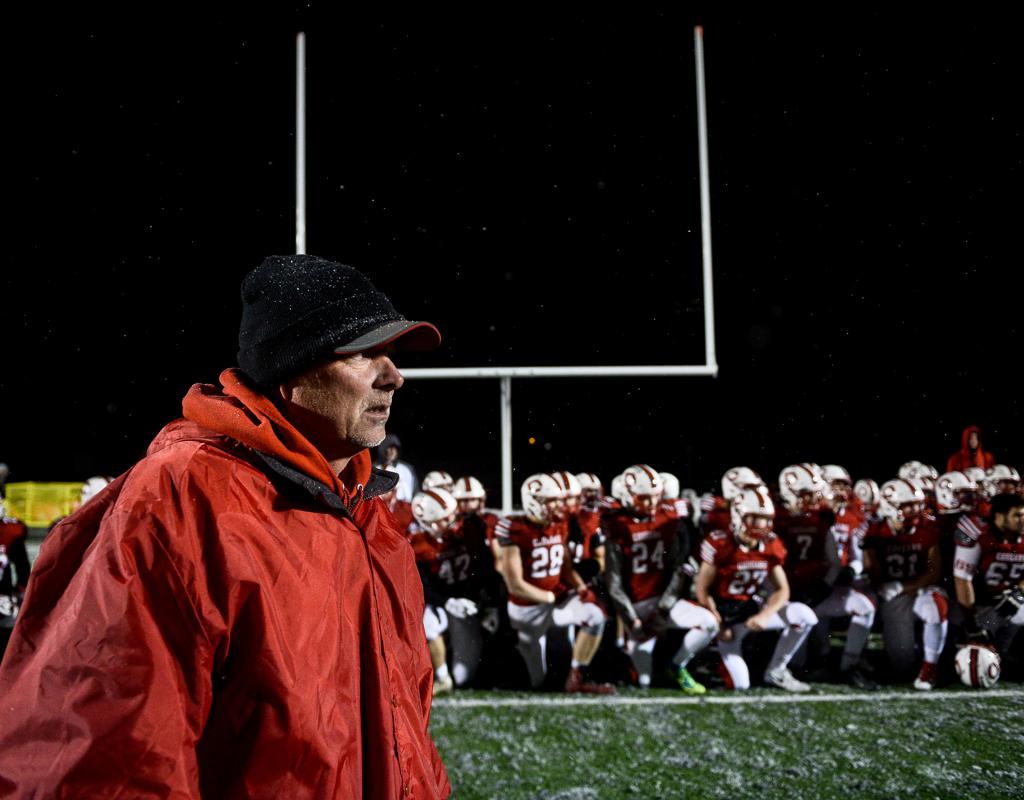 The Star Tribune’s Jim Paulsen and David La Vaque share some of their favorite memories from covering a season full of football from late August to November.

Homecoming is a big deal just about everywhere, but at St. Michael-Albertville, it’s an even bigger deal. The tailgating scene is more than just students with face paint, an old pickup and a hibachi. Entire families turned out hours before the game on Sept. 29, sitting in fold-up chairs with grills and tables of food. The school opened the stadium, which already had a swarm of students pressing at the gates, 90 minutes before the game, releasing a mad dash to the stands. The flood of fans filled the empty bleachers in less than 15 minutes. After the game — a disappointing 12-7 loss to Totino-Grace — the players gathered near the concession area to eat grilled pork chops, which took a little sting out of the defeat.

After his team’s snowy 30-12 victory over Stillwater in the first round of the Class 6A state tournament, Centennial coach Mike Diggins addressed his team with fire in his voice. “Did you see the paper today?” Diggins yelled. “It’s Edina this and Edina that. They don’t give us a chance! We want Edina.” What Diggins didn’t know was that the Star Tribune reporter who had written about Edina’s Quinn Carroll that day, me, was standing just a few steps to his right, waiting to interview him and a few Centennial players. Diggins laughed when I acknowledged I wrote the Edina coverage that day. “Ah, that’s no big deal,” he said. “I just do that to fire them up.”

After Minnetonka survived Prior Lake in the Class 6A quarterfinals, Skippers coach Dave Nelson, now in his 35th year as a head coach, patiently answered postgame questions despite the gusty, snow-swept conditions. After I finished my questions, through chattering teeth I thanked Coach Nelson for his time. “No problem. Thanks for coming out, Jim,” said Nelson before giving me a coach’s swat on the butt as I walked away. I felt proud for a few seconds, like I had earned his approval. If would have asked me to run sprints, I might have done it.

Minnesota high school football’s premier game of season, No. 2 Lakeville North at No. 1 Eden Prairie, went to another level when ESPN “Monday Night Football” analyst Jon Gruden showed up. I posted pictures on Twitter of Gruden talking with Eagles coach Mike Grant and his father, former Vikings coach Bud Grant, and those posts drew a number of likes and retweets. The 20-second video I posted of Gruden slapping hands with members of an appreciative Eden Prairie student section, however, registered 132 retweets and 387 likes. Easily my most popular tweet to date.

You know about Maple Grove’s stunning playoff comeback victory against St. Michael-Albertville: Two recovered onside kicks. Three touchdowns. A 17-point deficit erased. All in 59 seconds. Now here’s the rest of the story. The next day, Maple Grove coach Matt Lombardi cheered his daughter Maggie — an eighth-grader who competes for St. Michael-Albertville — at the Class 2A, Section 8 swimming and diving championships. The Knights won the meet by 17 points over Maple Grove. Matt Lombardi, fully clothed, jumped into the pool to celebrate with coaches and athletes. And no one threw him a cinder block.

A friendly “Hey!” stopped me heading into the University of St. Thomas stadium for the Roseville/Cretin-Derham Hall game. The smiling Roseville cheerleader was Brianna, my niece. Seeing familiar faces beyond the field is special, which is why I’ll miss the Brandeckers, an outstanding South St. Paul family. Nathan, the youngest of three boys, played his final game at Ettinger Field, meaning my future assignments at the Pit of Pain won’t include a visit with his parents, Bill and Lisa. Speaking of the Packers, coach Chad Sexauer and his son Cade, the team’s starting senior quarterback, saw a chapter of their relationship end in a semifinal loss at U.S. Bank Stadium. In the postgame news conference, Chad looked at Cade and said, “It’s always great when you can look up to your son.”