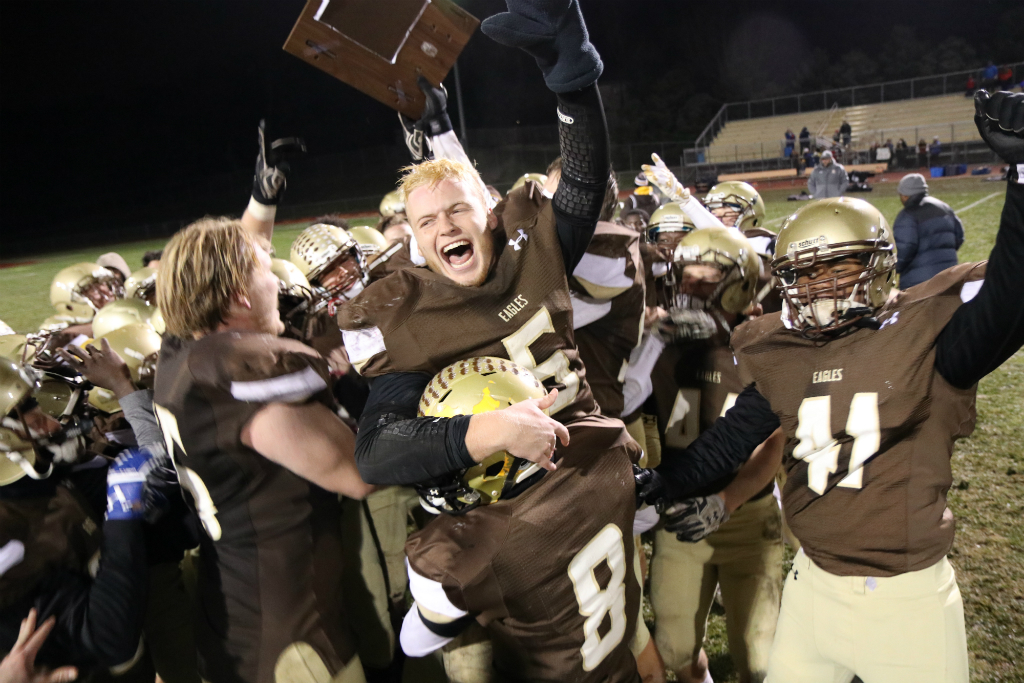 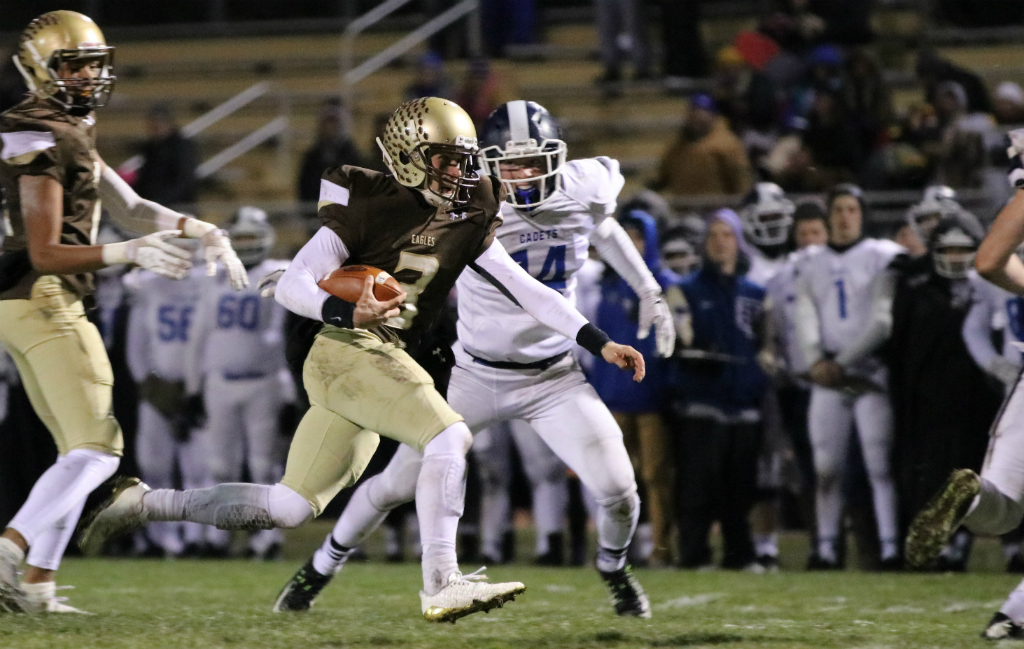 Apple Valley quarterback Tyler Cardella (3) ran for a team-high 103 rushing yards and two touchdowns in the Eagles' 42-7 win over St. Thomas Academy in the Class 5A, Section 3 final. Photo by Trevor Squire, SportsEngine

The Class 5A, Section 3 championship game was played hundreds of miles from Green Bay, but Apple Valley High School resembled the Frozen Tundra on Friday night.

With the temperature hovering around 30 degrees and a thin layer of snow covering the field, passing the football was going to be a difficult task. But Apple Valley didn’t have to worry about that, running the ball for 345 yards on its way to a 42-7 win over St. Thomas Academy. The Eagles will play Mankato West in the state tournament next Saturday.

A Wednesday snowfall may have helped Apple Valley for Friday’s game.

“We prepared for it all week,” Tyler Cardella said about the snow.

Cardella was certainly prepared, as he ran for a team-high 103 yards and two touchdowns on the ground. He also orchestrated the play that broke the game open. With just over two minutes left in the first quarter, the Eagles leading 7-0, Cardella took a snap in shotgun and faked a pitch to Kellan McKeag. That got the majority of the defense to slide over and pursue McKeag, leaving a gaping hole up the middle for Cardella.

“I saw one guy to beat, and I knew I had to get my tail running because I had to beat him. On a night like tonight, it’s hard to make a cut, so I knew I just had to get on my horse,” Cardella said.

Cardella beat that lone Cadet defender on his way to a 54-yard touchdown run. The Eagles would score three more times in the second quarter, heading into the locker room with a 35-0 lead at halftime.

Clendening said that his team has had a couple “lapses” when they’ve gotten early leads during the season. He saw the experience of his football team showcased tonight, as they made sure to not let any opportunity slip away.

On the other sideline was St. Thomas Academy coach Jason Sedlak, who acknowledged how tough it was to play against the Eagles.

“Hats off to them, they’re a good football team,” he said.

The Cadets lost to the Eagles 14-0 during the regular season. Sedlak said the Eagles have improved as the season has gone on, adding that they will be “a tough team to beat.”

When reflecting on the season, Sedlak was quick to praise the tenacity of his team, exuding the pride he has coaching them.

“From a ‘never-quit’ standpoint, I’ve never coached a better team,” he said. 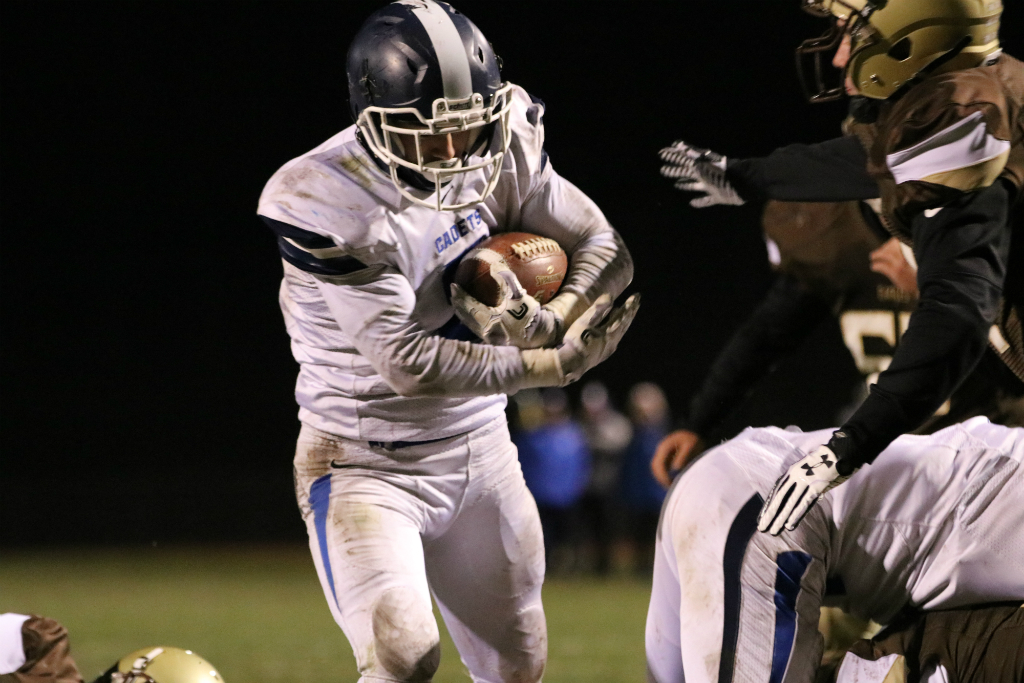 Cam Cashin crosses the end zone line for the Cadets' only touchdown of the game in the fourth quarter. He finished the game with 91 rushing yards. Photo by Trevor Squire, SportsEngine

Apple Valley scored early and often on its way to a 42-7 win over St. Thomas Academy Friday night in the Class 5A, Section 3 championship game.

The Eagles (9-1) took the matchup into their own hands early -- their third touchdown was a mere 30 minutes into the game -- after a 22-yard dash by Damian Swanson in the second quarter.

The Eagles will now play the winner of the Mankato West-Wacaonia game next Saturday at Shakopee High School in the state tournament.

On a night that featured sub-30-degree weather, the team that got an early lead proved to have a significant advantage. The field still had some snow on it, and the cold weather made passing the ball seem like a difficult task.

That ended up being the case, St. Thomas Academy (6-5) threw two interceptions while trying to fight back.  Cam Cashin led the Cadets with 91 rushing yards and a touchdown.