The Skippers are 6-0, their best record this late in the season since Dave Nelson took over as head coach in 2004. And the Eagles are, well, the Eagles. 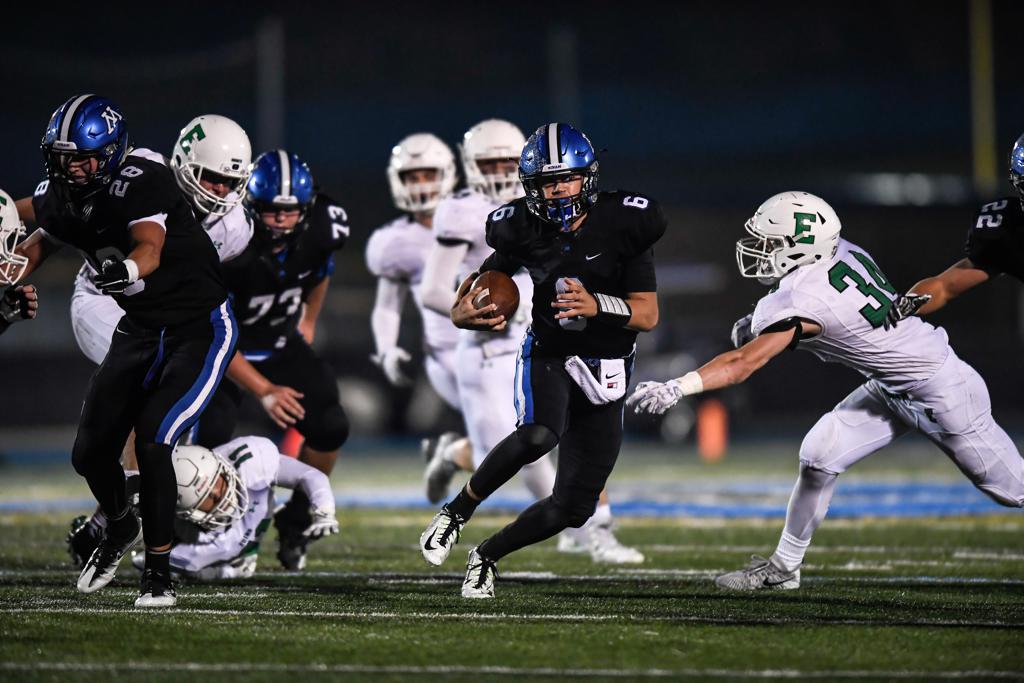 When you’ve established the standard of excellence that Eden Prairie has, it seems like each week is the next Big Game. The undefeated and top-ranked Eagles have already fought off challenges from powers Lake­ville North and Maple Grove. They are the stick by which others measure themselves.

There’s another big game — perhaps the biggest of the season — on tap for Eden Prairie this week. The Eagles host Minnetonka, which is fresh from a physical, 28-27 victory over Edina. The Skippers are 6-0, their best record this late in the season since Dave Nelson took over as head coach in 2004. Quarterback Aaron Syverson seems to get better each week, putting up terrific passing numbers (15-for-20, 226 yards, two TDs) against the Hornets.

Eden Prairie and Minnetonka are Nos. 1 and 2 in this week’s Metro Top 10 and are also the top two in the Associated Press’ Class 6A rankings.

For Minnetonka, Friday’s game at Eden Prairie is an opportunity to show what it can do against the team many consider the best in the state.

• It’s time to give Andover a little love. The Huskies stumbled in an opening loss to Alexandria, but since then they have been unstoppable. They have won five in a row, averaging more than 500 yards of offense and 46 points per game. QB Connor Knoepfle has thrown for 1,276 yards and 12 TDs, RB Carsen Syke has 830 yards rushing, and senior Andy Groebner is a touchdown machine with 13 on just 35 carries.

• Northfield is 6-0, buoyed by a stubborn defense that gives up less than 200 yards per game. The Raiders get their biggest test of the season Friday when they host No. 1, 5A Owatonna.

5. Totino-Grace (5-1): The Eagles scored 28 points in their victory over Osseo, their highest point total of the season. Next: Friday, at Blaine, 7 p.m.

7. Roseville (5-1): A convincing victory over Champlin Park convinced me this is a team no one will want to face in the postseason.

9. St. Michael-Albertville (5-1): The Knights had plenty of players step up in Mitch Kartes’ absence in a 38-7 romp over Anoka: 10 players got offensive touches.