Of the state’s Division I football scholarship-worthy talent, staff writer Jim Paulsen selected three more of the best Minnesotans to join Marshall lineman Blaise Andries as the most notable football recruits in the state. Note: This list is not intended to be a comprehensive look at Minnesota football recruits. 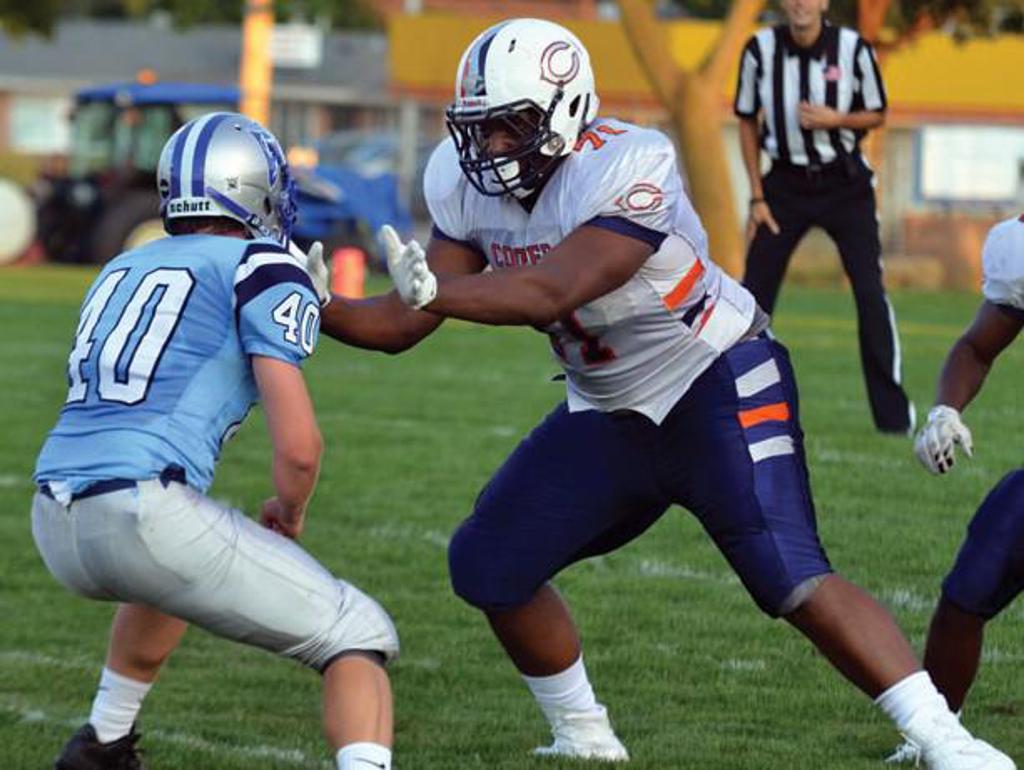 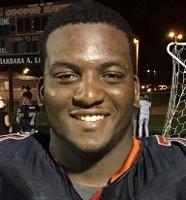 After meeting Eric Abojei on a visit to Minnesota last week, Blaise Andries said, “Man, is he big. I couldn’t believe how big he is.”

Abojei’s size is a prerequisite for playing Big Ten football, but what sets the three-star recruit apart is his natural strength and ability to get to the second level (read: linebackers) of a defense and dominate. He’s not above dishing out a little extra punishment for defensive players who wander into his area.

While his size played a big role in landing a Power Five Conference football scholarship, it’s also played a part in his time at Cooper. When you’re as big as he is, you stand out in the school, both on and off the field.

A solid student, Abojei talked last fall about being a role model for the rest of the student body. When Cooper coach Willie Howard instituted a Dress for Success program for his players, in which players were required to wear shirts, ties and dress pants twice a week, it was Abojei’s acceptance of the program that helped convince others it was worthwhile.

“I decided that first week that I like this. It gets me focused in the classroom and makes me feel good inside,” said Abojei, who added that he’s proud to help improve the school’s public image.

“It’s to help make the whole community better, have them look at us in a different perspective,” he said. 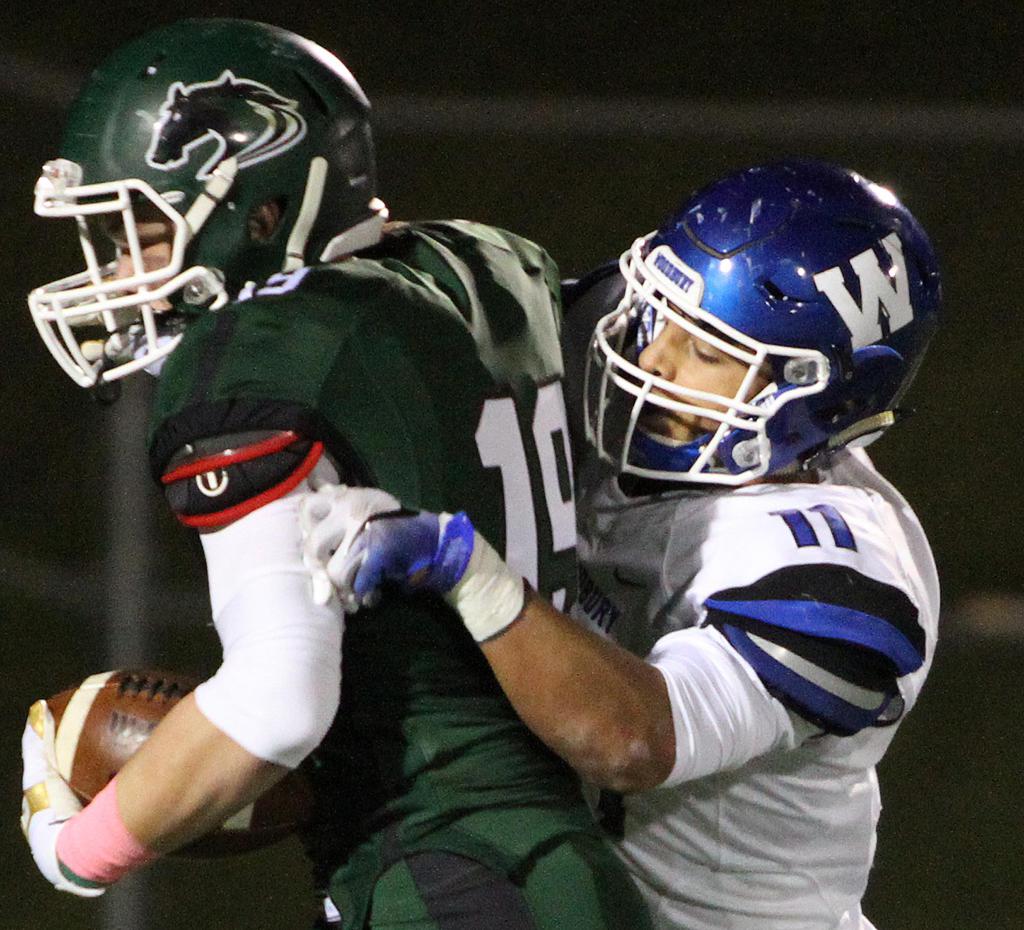 He admits to being completely taken aback, as well as more than a little flattered, that an SEC school reached out to him.

“They never talked to me before,” Bolden said. “At the end of my junior year, their coaches just started following me on Twitter, right after I’d gotten my highlight tape out there. I remember thinking, ‘Wow, is this really happening?’ ”

Vanderbilt coaches were impressed with Bolden’s athleticism for a player his size. He played cornerback and safety at Woodbury but said his college coaches envision a position switch.

“They’re like that I’m a tall guy and I’m pretty fast,” he said. “They’re talking about moving me to outside linebacker. That sounds like fun. I could do a lot of things, like rush the passer or drop into coverage or set the edge.”

Bolden had offers from schools across the country such as Washington State, Syracuse and New Mexico. They never had a chance. Not when an SEC team comes calling.

“It was very unique. What stood out most was the academics. I love the fact that they have so many options,” said Bolden, who carries a 3.0 GPA. “I want to experience something else, and I had a really good experience there.”

Recognizing that Vanderbilt is located in Nashville, the mecca of country music, Bolden admitted he’s willing to give it a try.

“Well,” he said before a long pause. “I like all kinds of music.” 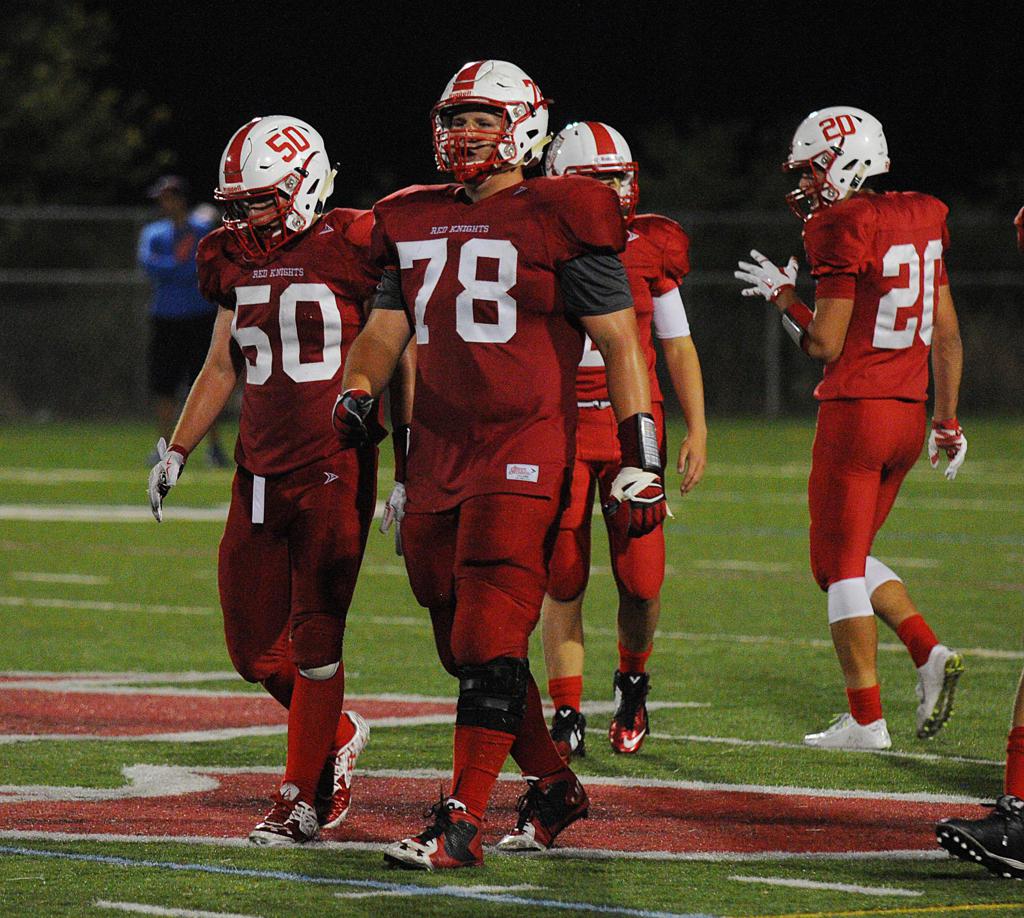 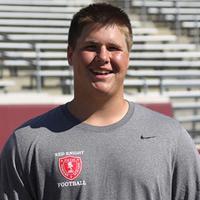 Doing his own thing has always been how Eric Wilson operates. But as his name started gaining traction in recruiting circles as one of Minnesota’s top O-line prospects in the Class of 2017, Wilson found no shortage of people with opinions about his future.

“I’ve got a family legacy of football,” Wilson said. “My dad went to West Point to play football. My grandfather, Joe Mrkonich, was a football and basketball coach and is in the hall of fame at Duluth East. I had plenty of family advocating for all sorts of schools.”

And there were plenty of choices. Minnesota, Michigan, Michigan State, Iowa and Iowa State were among his most ardent suitors. But Wilson was steadfast in insisting he create his own path. That led to Harvard, to which he gave a verbal commitment after his junior season.

“Throughout the whole recruiting process, I knew I was interested in the Ivy League,” Wilson said. “I really bonded with the Harvard coaches. I think it was mutual. I made a decision to do what was in my best interest.”

Wilson said his decision to play at Harvard, which does not award athletic scholarships, always draws questions. “For people in the non-football world, they say, ‘Why wouldn’t you?’ For football people, they ask why I passed on places like Michigan and Minnesota and why I made the choice so soon.”

There’s a philosophy, he said, that explains it all.

“In the Ivy League they always say, ‘It’s not about the next four years, it’s about the next 40,’ ” he said. “That’s important. That is a big selling point.”