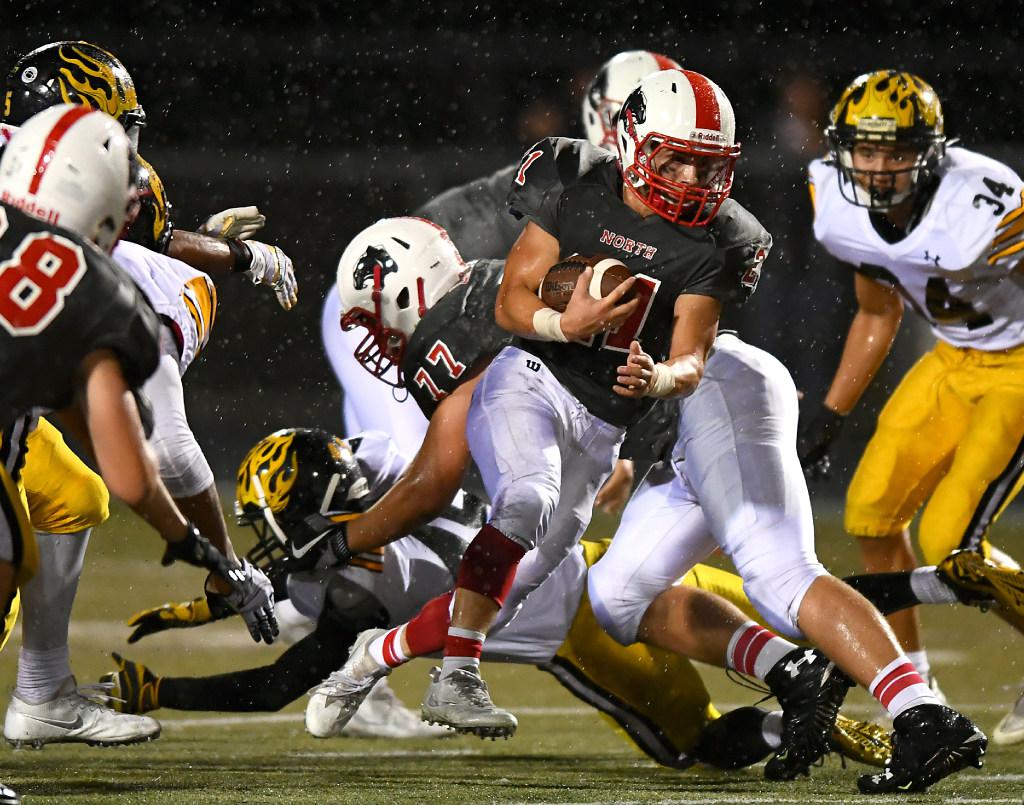 Sullivan bursts through the Burnsville defense in a mid-season game

Sullivan, a Star Tribune All-Metro first team selection, was chosen from 10 senior finalists for the award.

At 5-9 and 179 pounds, Sullivan, who's been timed running a 4.6 40-yard dash, combined strength and speed to rush for 1,787 yards and 31 touchdowns. He finished the season with 2,178 all-purpose yards and 32 TDs and helped lead the Panthers (9-2) to the state tournament, where they lost in the quarterfinals to eventual champion Totino-Grace.

“He’s a super-special player,” Lakeville North coach Brian Vossen told the Star Tribune earlier this year. “Any team that has a player like him is going to build around him.”

Sullivan is a former wrestling state champion, winning the Class 3A 113-pound title as a ninth-grader and finishing second at 145 pounds last year. The leverage and determination learned in the wrestling room have paid dividends on the football field.
Sullivan packs a bigger-than-expected wallop when he lays into a linebacker.

“I’ve always had quick feet,” he said. “But wrestling has helped. You’ve got to react real quick and think two moves ahead.”