Highlights from the 2016 prep football season

Counting down the best moments and games from this fall under the lights. 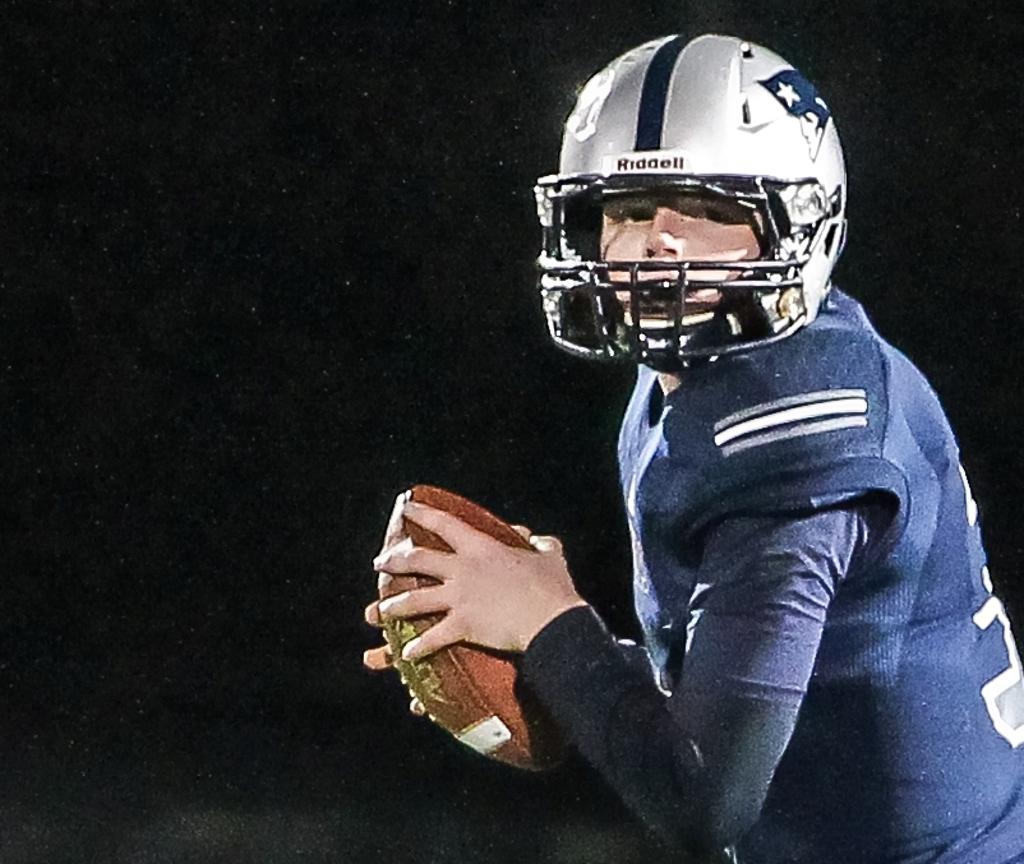 Champlin Park senior Chad Costello completed 36 of 43 passes for 423 yards in the Class 6A quarterfinals against Rosemount and threw three touchdowns.

5 With Minneapolis North’s first football title in its 128-year history clinched, North players sneaked up behind coach Charles Adams III and doused him with ... three Styrofoam cups of water. Two more Prep Bowl games were to follow, so the Gatorade buckets needed to stay upright on the bench. Whatever works.

4 A possible future of youth football was played on a drizzly night at Blake in late September. Middle-schoolers from Blake and Providence Academy — clad in helmets, shoulder pads, jerseys and shorts —played Fusion Football, a new hybrid that eschews tackling but includes contact. It’s intended to introduce fundamentals and proper techniques before they begin actual football in ninth grade.

3 Tough guys, part 1: In the Class 6A title game, Totino-Grace running back Ivan Burlak swept right and, after a nice gain, was shoved out of bounds at the Eden Prairie 17, landing on his left shoulder. It was separated. The next time the Eagles had the ball, Burlak was back, having popped his shoulder back into place. He carried the ball three times after that, scoring Totino-Grace’s final touchdown.

2 Tough guys, part two: On first-and-goal from the 4-yard-line in Elk Rivers’ 19-7 Class 5A semifinal victory over Owatonna, Elks captain Sam Gibas took a pitchout and ran right. He got drilled at the knees at the 5 and nearly went down. But the whistle never blew, Gibas regained his balance and powered into the end zone for his third touchdown of the game.

5 Monticello ended an 11-game losing streak to Rogers with a 24-19 victory in the Class 5A, Section 6 quarterfinals on the Royals’ field. The Magic couldn’t exhale until a Rogers fourth-down pass sailed just off target in the end zone. Senior running back Ryder Beckman, a Star Tribune All-Metro first-team selection, ran for touchdowns of 43 and 66 yards.

4 Billed as a matchup of the metro area’s two best quarterbacks, Maple Grove and Edina waged a tale of two halves. Brock Boltmann threw two touchdown passes for a 17-6 halftime Hornets lead. In the second half, Brad Davison led two Crimson scoring drives, converting twice on fourth down to Teddy Raasch on the second drive for a 21-17 victory.

3 When you’re in position to shock the world, you don’t hesitate. Blaine scored a touchdown with 59 seconds left against Totino-Grace in the state semifinals, cutting the Eagles’ lead to 21-20. The Bengals called for a two-point conversion. But Joey Linders sacked Blaine quarterback Connor Melton, ending the Bengals’ hopes and sending No. 1-ranked Totino-Grace to the Prep Bowl.

2 Champlin Park quarterback Chad Costello ignored what was later diagnosed as a broken foot bone to author a 34-28 overtime victory in the Class 6A state tournament quarterfinals. He threw for 423 yards and three touchdowns, the last one to DeAnte Bronson. Rosemount’s Griffin Lanoue forced the extra session with a 32-yard reception on fourth-and-28 and later, the tying touchdown.

1 Eden Prairie and Totino-Grace played to a fantastic Prep Bowl finish in 2014 and made the rematch something special as well. Trailing 14-7, Totino-Grace scored 21 unanswered fourth-quarter points en route to a 28-20 victory. Totino-Grace, a Class 4A private school based in Fridley, avenged its 2014 loss and won its first state championship playing in Class 6A among Minnesota’s largest schools by enrollment.