The Polars, to the cheers of a supportive fan base, became the city’s first public school to win a football title since 1977. 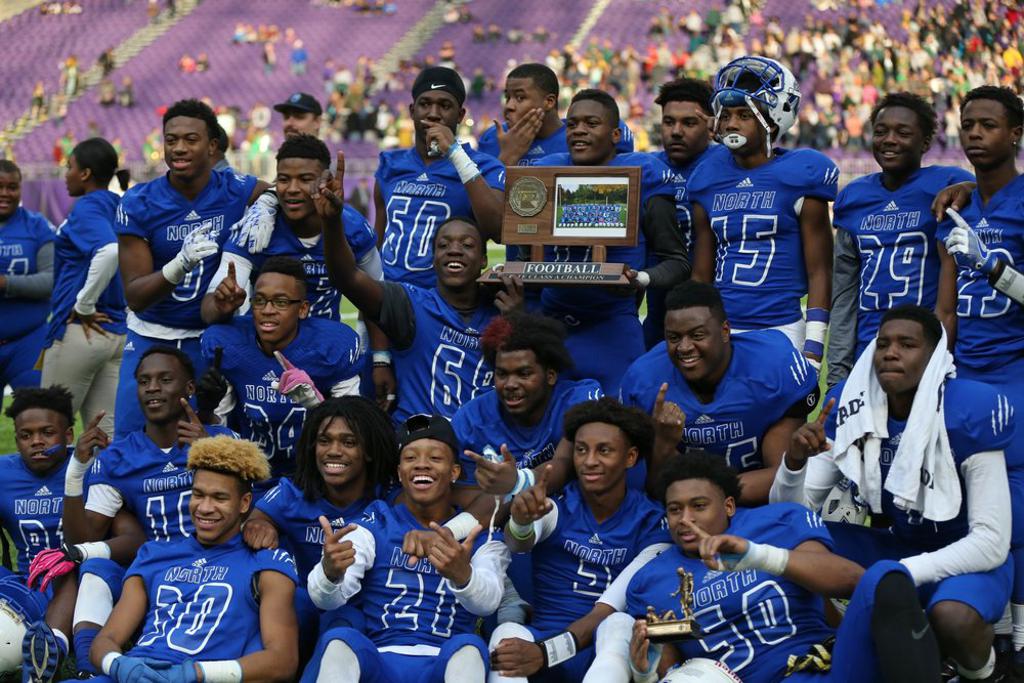 Over the roars of a rampant crowd, Minneapolis North coach Charles Adams noticed his phone ringing while celebrating in the final seconds of the Class 1A Prep Bowl.

Former Polars standout and current University of Minnesota freshman Tyler Johnson was calling Adams to congratulate him on North’s eventual 30-14 victory against Rushford-Peterson.

“He is the only person that has that kind of clearance,” Adams said with a laugh.

Johnson and Adams shared a moment Saturday that was five years in the making. The Polars became just the third Minneapolis City Conference team to win a football state championship – the first since Minneapolis Washburn won in 1977.

“This is a dream that came true,” Polars defensive lineman Phillip Scott said. “Ever since I started playing football I had never won a championship… It is a blessing to win a championship with the rest of my brothers.”

Rushford-Peterson got a 74-yard touchdown run from Noah Carlson, the defending Class 1A 200 meter champion, early in the first quarter to take a 7-0 lead. He totaled 161 yards on the ground but was held to just 21 yards in the second half.

The Polars controlled the pace of play, getting two second-quarter touchdowns by Tayler Johnson -- one on a 13-yard pass from Azerick Rodgers, the other a 56-yard run after a fumble recovery -- to take a lead they would not relinquish.

Scott and the Polars defensive line brought a level of physically and athleticism Rushford-Peterson coach Davin Thompson said the Trojans had not seen all season.

Emotions ran high after Rodgers, his team leading 22-14, found Corleon Powell on a fourth down touchdown pass from 13 yards out with 2:19 to play. The touchdown extended the lead to two scores and, with victory virtually assured, the celebration began.

North’s fan section, covered in blue and filled with Polar alumni, cheered as they watched a victory unfold that seemed unimaginable just six years ago.

Falling enrollment and poor academic results had North targeted for closure. But community members rallied to save Minneapolis’ oldest public school, and Adams has been building a championship environment at North ever since. Last year the program, led by Tyler Johnson (who is Tayler's brother), also reached the championship game.

“I am a Polar,” Adams said. “I have seen the good and the bad. The talent is there in North Minneapolis. I was just the person to enhance it and get kids to come out and play football. I try the best I can within the community to build a respectable football program. We are not there yet, but we are close.” 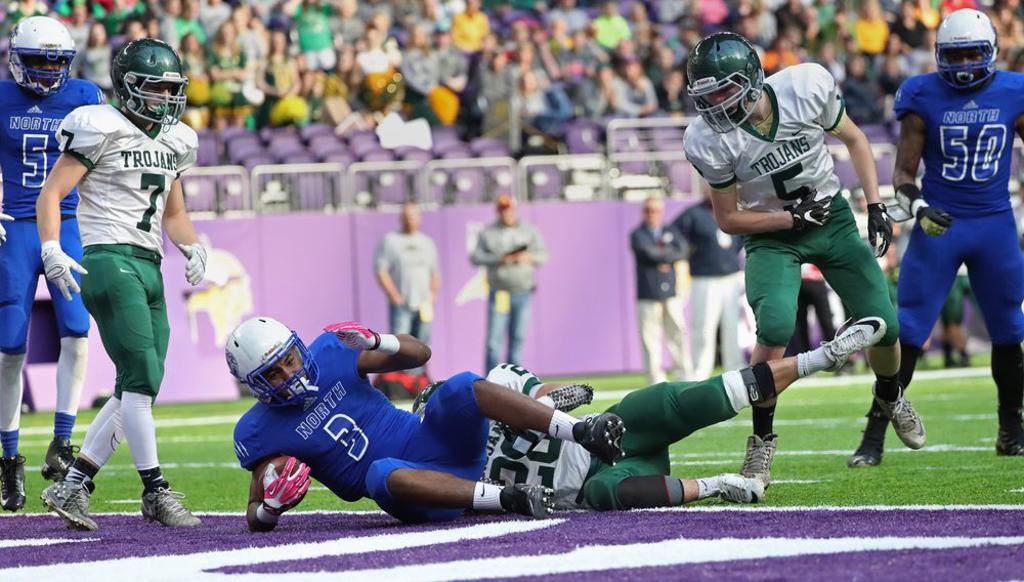 Minneapolis North became the city’s first public school to win a Prep Bowl and the first city state champion since Washburn in 1977 by defeating Rushford-Peterson 30-14 in the Class A championship.

Rushford-Peterson got a 74-yard touchdown run from Noah Carlson early in the first quarter to take a 7-0 lead. But two second-quarter touchdowns by Tayler Johnson -- one on a 13-yard pass from Azerick Rodgers, the other a 56-yard run after a fumble recovery -- gave the Polars the lead as they controlled the pace of play.

Carlson scored again before halftime on an 11-yard pass from Skalet to cut the margin to 16-14.

Minneapolis North scored late in the third quarter on an 8-yard run by Kehyan Porter.

Rodgers found Corleon Powell for a 13-yard pass for a touchdown on a fourth down play with 2:19 to play to seal North’s victory.

Check back for more coverage. 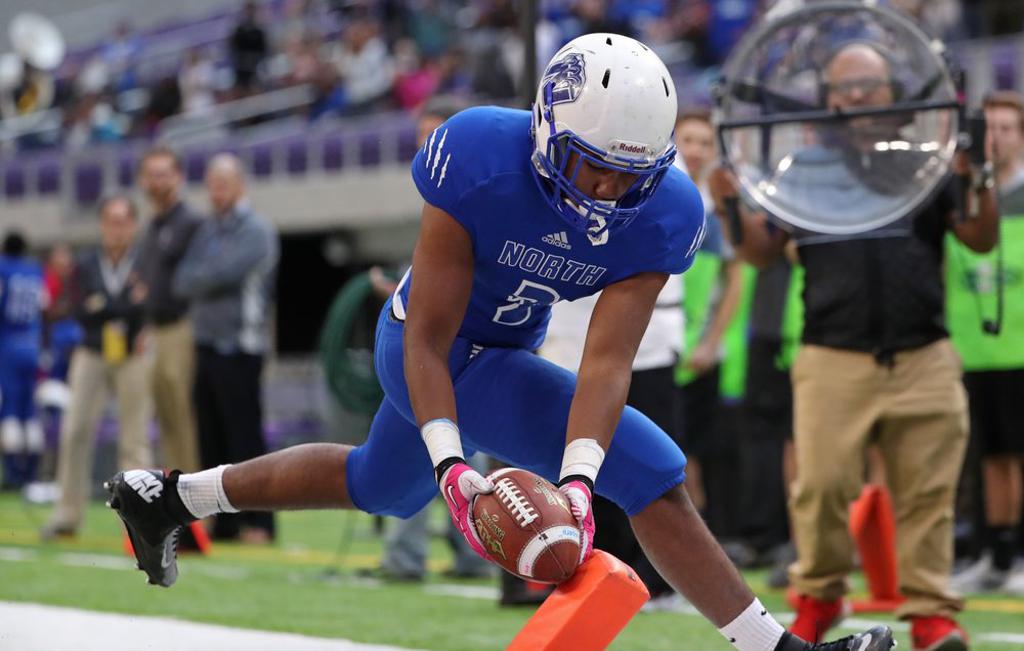