The Superlarks extended their winning streak to 50 games with a 41-21 victory against Cleveland. 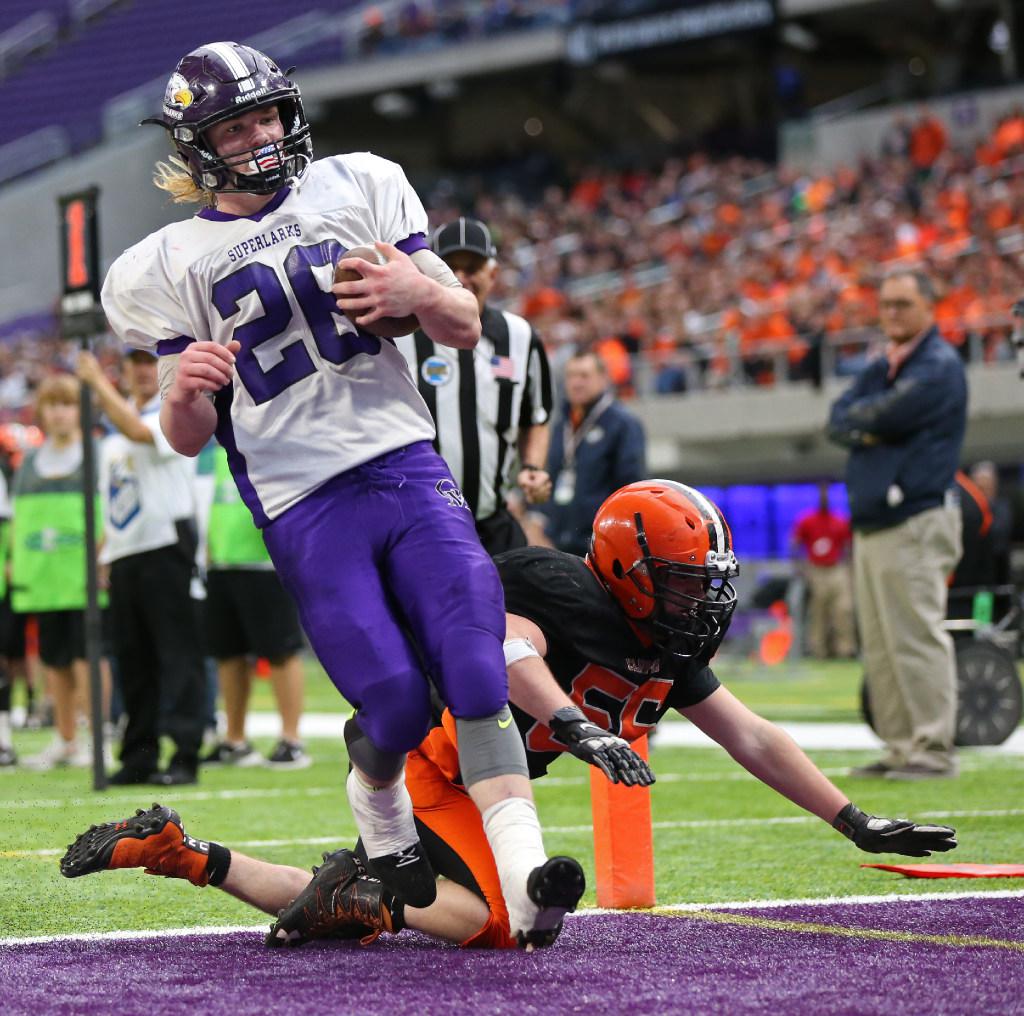 Time after time, Cleveland safety Carter Kopet tried to fill an open running lane created by Grand Meadow’s bruising offensive line, and each time Superlarks running back Christophor Bain met Kopet in the hole and rolled right through him.

Bain’s smash-mouth style helped him rush for 278 yards and four touchdowns and Grand Meadow defeated Cleveland 41-21, earning the Superlarks their fourth consecutive Nine Man championship. The victory also was their 50th in a row, the longest current streak in the state.

“Just [try to] hold on,” Kopet said about trying to tackle Bain, a Mr. Football nominee. “That is about all you can do at that point.”

Bain scored on runs of 11 and three yards in the first half to pace the Superlarks to a 20-7 lead in the second quarter. But as they have all year, the Clippers had success through the air. Kopet finished with 238 passing yards and three touchdowns, including a 61-yard strike before halftime to Jaiden Zishka that narrowed the margin to 20-14.

On the first play from scrimmage in the third quarter, Bain took a handoff and ran 78 yards for a touchdown. Grand Meadow coach Gary Sloan said a key halftime adjustment and stellar blocking made it possible. Bain scored on a 7-yard run later in the quarter.

Watching the game’s final seconds dwindle, Bain dropped to a knee to take a moment to himself. As he shed a few tears, a group of teammates came over to pick him up.

With his fellow seniors around him, Bain looked at the final score taking in the fact he had won a state championship every year of his high school career.

“It is hard knowing that this is the last time you get to play with your friends that you grew up with your whole life,” Bain said holding back tears. “It was not just our class. The classes before us brought us [here] and we learned from them.” 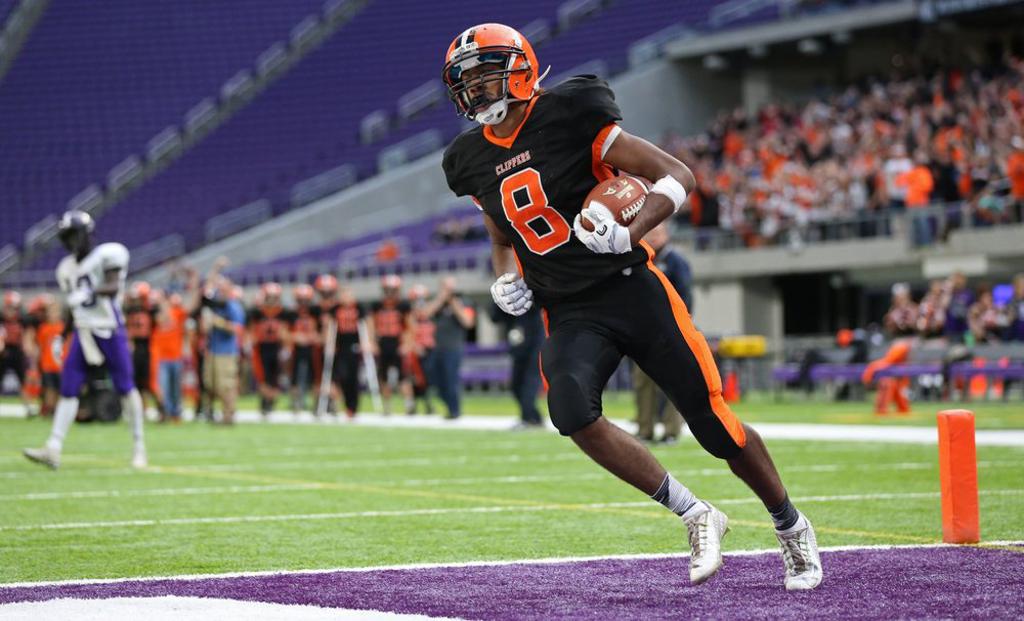 Cleveland receiver Jaiden Zishka ran into the end zone at the end of a 61-yard play in the second quarter. Photo: Shari L. Gross * shari.gross@statribune.com

Grand Meadow senior running back Christopher Bain made a habit of plowing over Cleveland defensive backs en route to rushing for 278 yards and four touchdowns as the Superlarks won its fourth consecutive Nine-Man championship by defeating Cleveland 41-21.

Grand Meadow (14-0), which also won its 50th consecutive game, never trailed and controlled the pace of play throughout with a steady ground attack spearheaded by Bain.

Cleveland (13-1) quarterback Carter Kopet passed for 238 yards and three touchdowns. He also led the Clippers in rushing with 42 yards on nine carries.

His team trailing 20-7 with three minutes before half, Kopet found senior receiver Jaiden Zishka on a 61-yard strike to cut the Superlarks' lead to seven.

But on the first play from scrimmage in the second half, Bain scored a 78-yard touchdown run and Grand Meadow never let the Clippers back in it.

Check back later for more coverage. 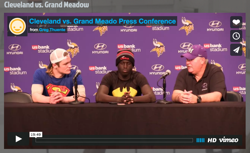 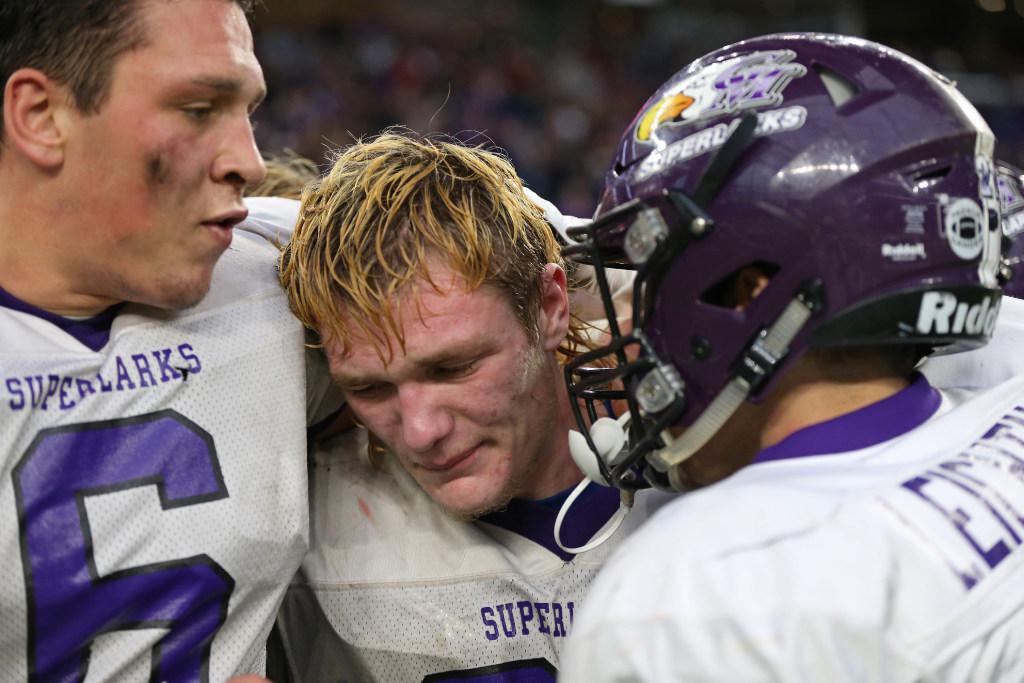