Caledonia rolls past Eden Valley-Watkins to defend 2A title

Junior quarterback Owen King threw five touchdown passes in the first half, one short of the Prep Bowl record, en route to a 61-12 victory. 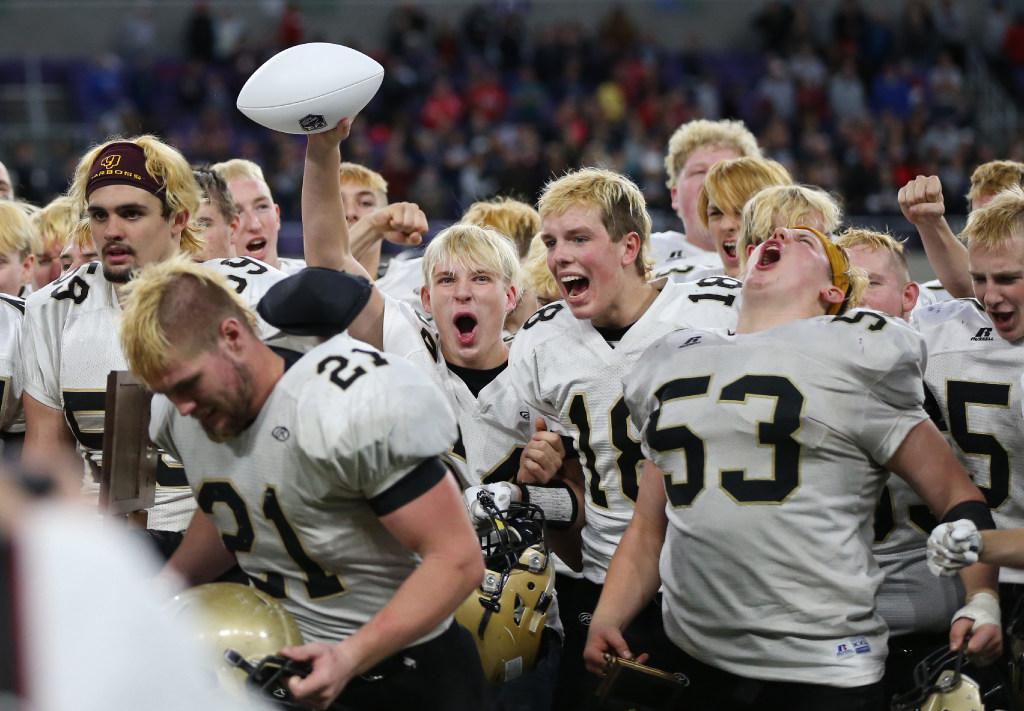 King tossed five touchdown passes before halftime as the Warriors rolled to a 61-12 victory in the Class 2A Prep Bowl. Defending champion Caledonia (14-0) won its eighth state title.

“It’s what I expect — humbly, that’s what he’s been doing,” Warriors’ coach Carl Fruechte said of King, who threw 48 touchdowns this fall.
Football is not King’s future. The 6-2 guard verbally committed to play basketball at South Dakota State.

“I really believe all his basketball helps him to read the zones and man-to-man coverages,” Fruechte said.

“In all my years, I don’t know if I saw a quarterback who could pick you apart like that,” Thielen said. “He was on right away. He was dang good today.”

King completed 16 of 24 passes for 319 yards in the first half. He completed one more pass for nine yards after halftime and finished one passing touchdown short of the record of six set by Triton’s Kirk Midthun in 1994.

King was slinging arrows like the ones the color of Vegas gold on either side of the Warriors’ black game pants. Caledonia scored on its first three drives, with King firing two touchdown passes to Jordan Burg and one to Andrew Goergen.

“It was a blast,” said King, who turned 17 on Friday. “We wanted to come out aggressive and take our shot when they were there. I felt we did that and then things got rolling. I was able to make throws I expect myself to make.” 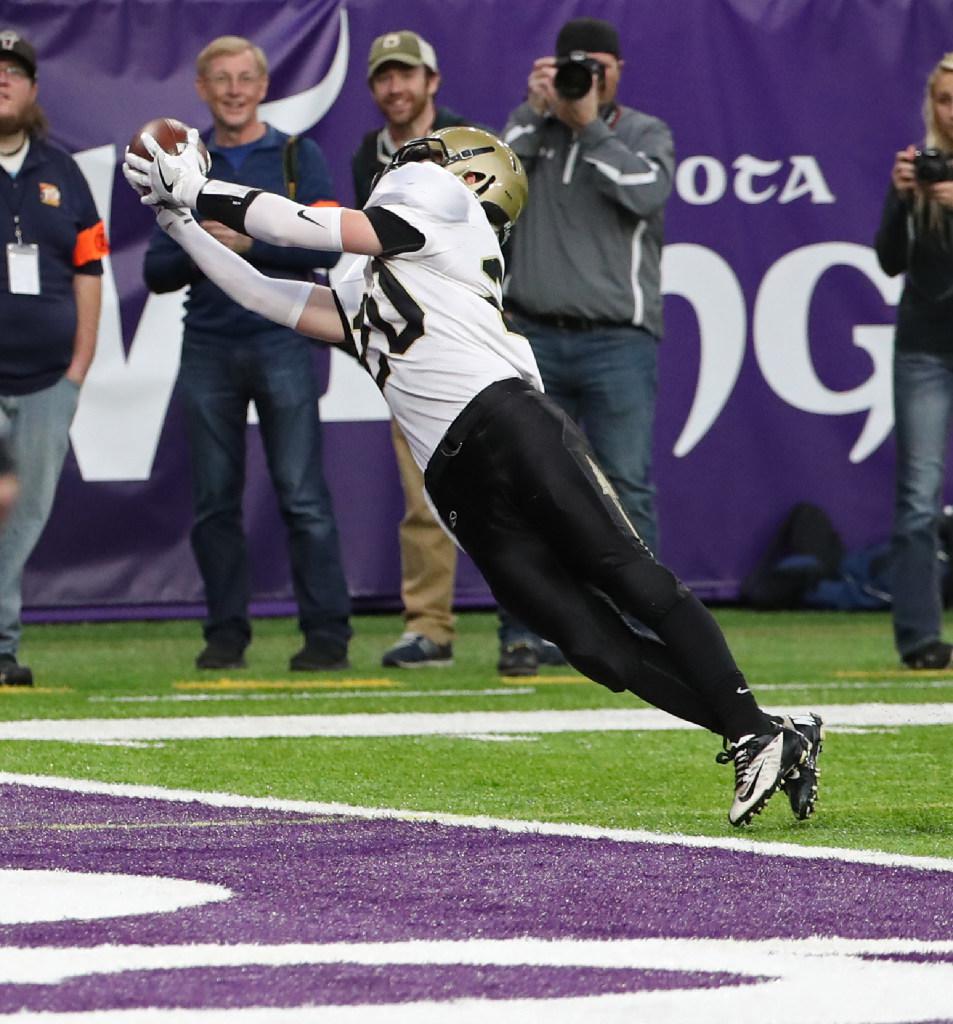 Caledonia's Andrew Goergen stretched out and leapt for this touchdown pass from quarterback Owen King in the first half. Photo: Shari L. Gross / sgross@startribune.com

Defending champion Caledonia rolled to a 61-12 victory against Eden Valley-Watkins in the Class 2A Prep Bowl on Friday at U.S. Bank Stadium.

Junior quarterback Owen King threw five touchdown passes – one shy of the record – in the first half as the Warriors pulled away early. They won the eighth state title in program history.

King’s first-half passing numbers: 16-for-24 for 319 yards and five touchdowns. The Prep Bowl record is six passing touchdowns set by Kirk Midthun of Triton in 1994.

Check back for later for more on the game. 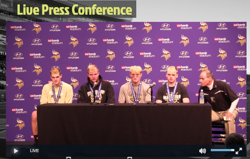 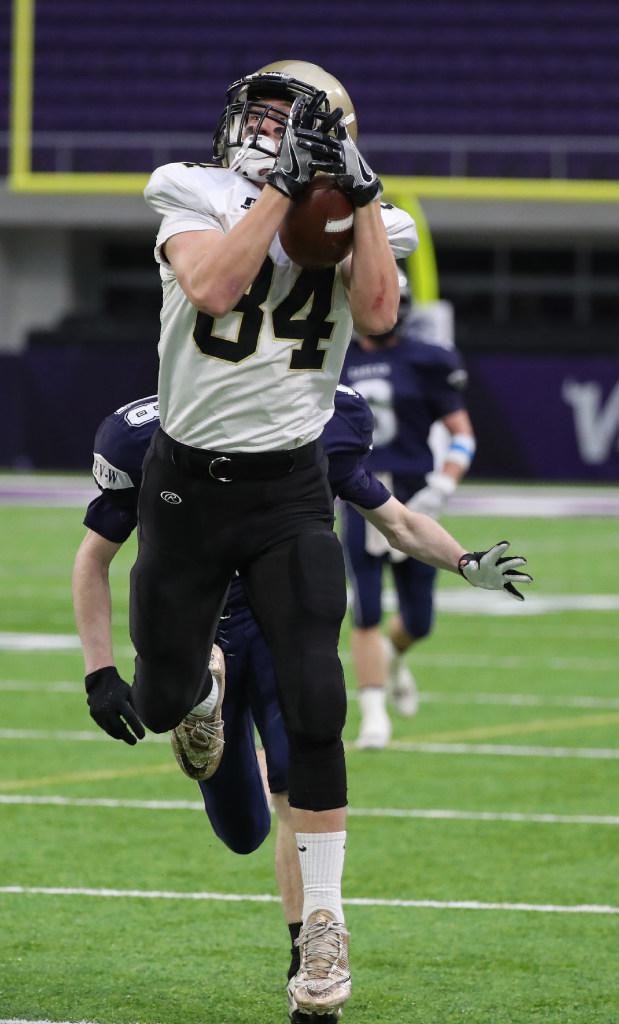