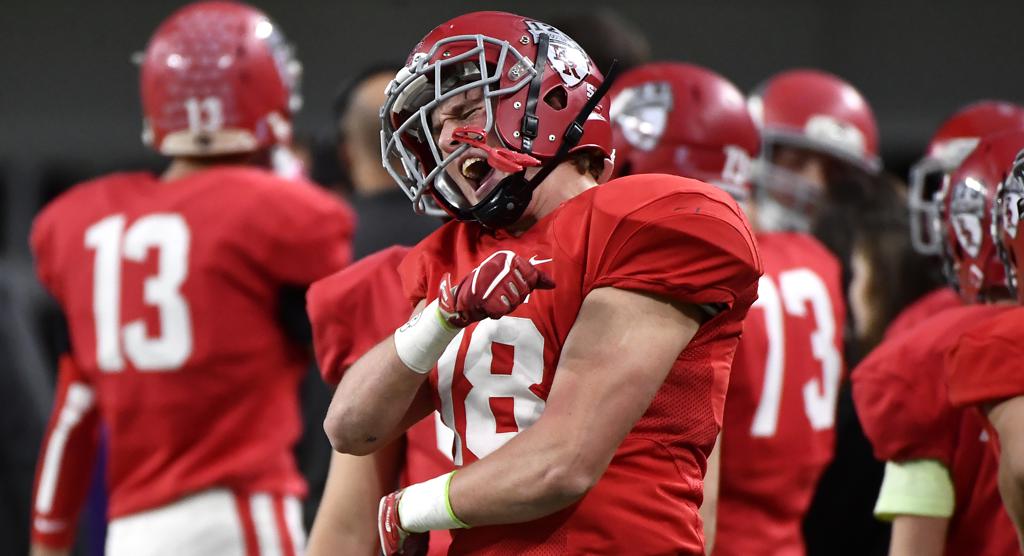 Staff writers Jim Paulsen (62-14) and David La Vaque (49-27) square off one final time this fall. They don’t see eye-to-eye on every game in the first Prep Bowl held at U.S. Bank Stadium.

Jim says: We’ve talked about Elk River’s awesome Straight-T offense. And its unsung defense, which shut down Owatonna’s wide-open attack. And then there’s this: the kickoffs of Austin Solors. He hits them high and deep and forces opponents to drive the length of the field. Elk River always wins the field position battle.

David says: Spring Lake Park tallied 4,403 rushing yards this season and quarterback Zach Ojile produced 38 percent (1,679). But he’s not 100 percent. His left ankle got taped during the second quarter last week and Ojile did not run the ball in the second half. If he can’t run the Panthers offense can’t function well.

Jim says: There’s a dark horse in every tournament, a team overlooked early on but playing its best football at the perfect time. Benilde-St. Margaret’s is that team. The speed of running back Ricky Floyd is a game-changer. Winona will try everything to stop him, but every team tries to do that. The Red Knights have figured out how to counter.

David says: Forget Winona’s wild semifinal victory, a bizarre game with 11 turnovers, and focus on what the Winhawks do well. Running back Robert Warren rushed for 224 yards last week, and let’s remember the quarterfinal shutout of top-ranked South St. Paul.

Jim says: Teams go into the games against St. Croix Lutheran thinking they can physically overwhelm the Crusaders’ smallish line. Then those little guys show the value of precision and quickness and the same opponents come away shaking their heads in defeat. St. Croix Lutheran gets overwhelmed by no one.

David says: St. Croix Lutheran can block, but how the Crusaders tackle will mean a ton. Just ask Dilworth-Glyndon-Felton, which could not stop Lourdes’ speed option attack as defenders struggled to win individual battles.

Jim says: Eden Valley-Watkins can match Caledonia stride for stride, and the Eagles are just as balanced (both teams split the run and the pass evenly). They even have a state title (2005). But Caledonia will be going for its seventh in the past 10 years. How do you choose against that track record?

Jim says: While Noah Carlson and his 2,600-plus rushing yards are the fulcrum of the Rushford-Peterson attack, the Trojans are not a one-trick pony. North shut down Wabasso’s run-centric offense, but R-P is much more diverse. The Trojans have more than 1,600 yards passing and two receivers north of 34 catches each.

David says: Minneapolis North, runner-up last year, began this journey in need of one more victory. The Polars know what it takes. They sharpened defensively and rarely run themselves out of plays. A team on a mission finds a way.

David says: The Superlarks, who crushed Cleveland in the state quarterfinals 52-14 last fall, will have a tougher time in the rematch. Clippers quarterback Carter Kopet is a winner, though a moral victory is all Cleveland musters in this game. 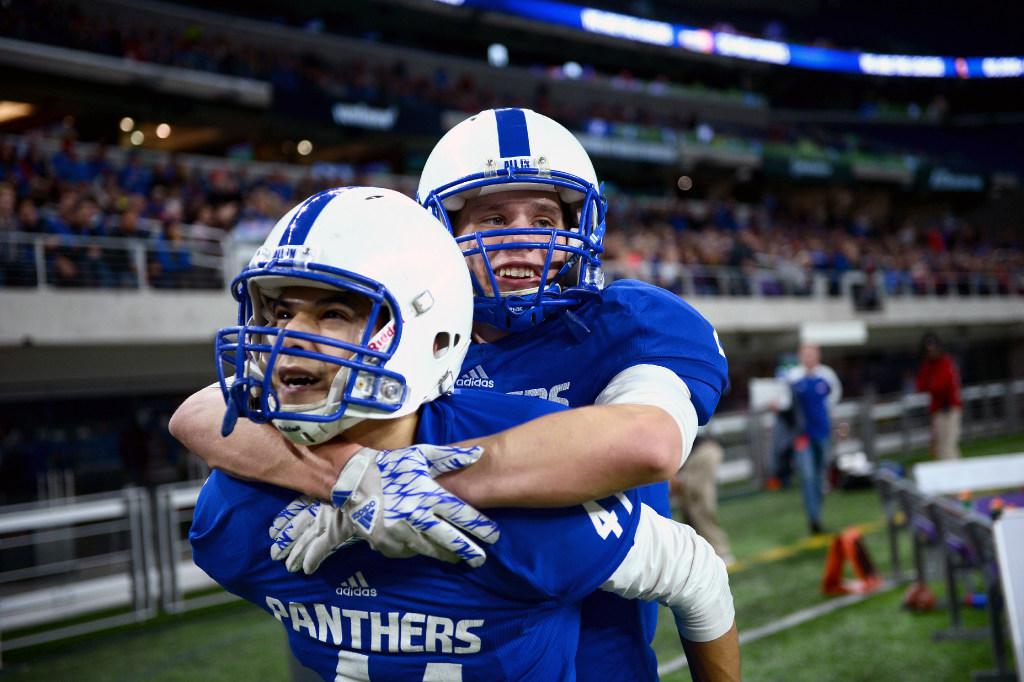 Prep Bowl video trailer: "This is the joy of playing"