The two-sport athlete and Crimson quarterback commanded respect on the field. 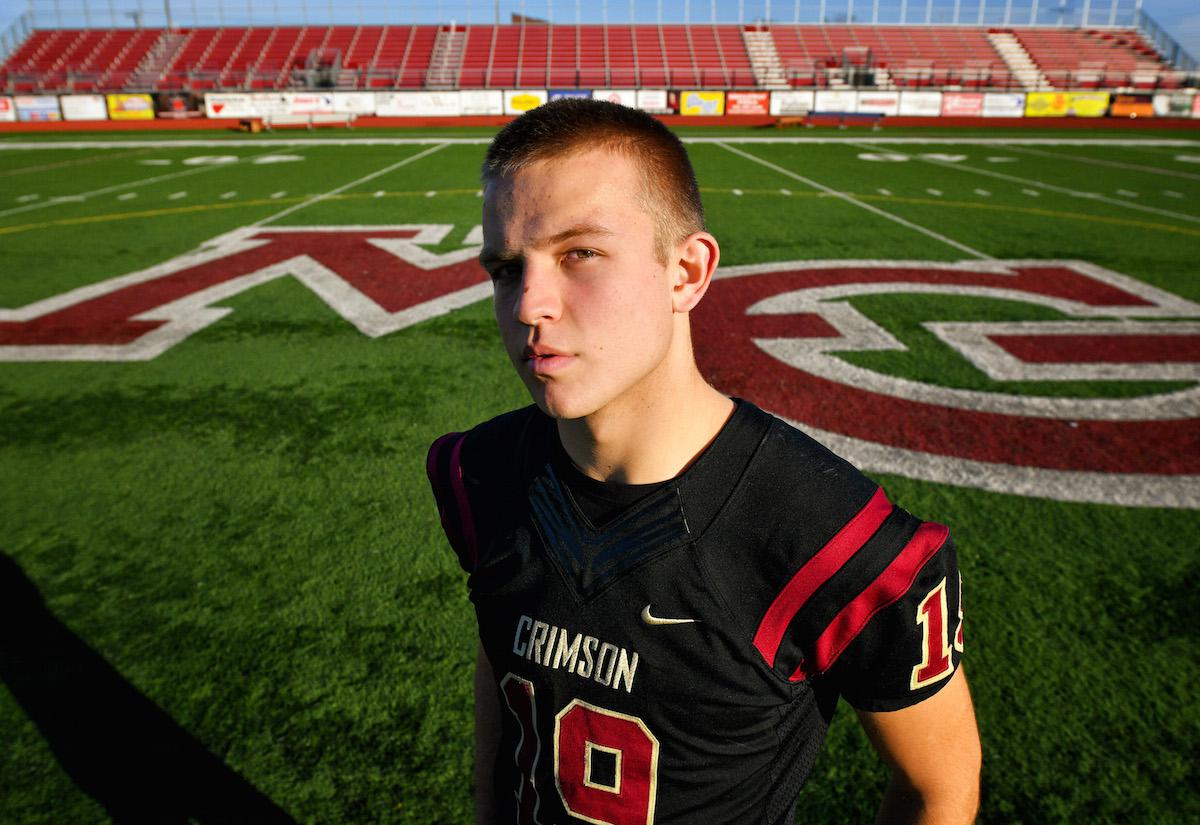 Maple Grove QB Brad Davison is the 2016 All-Metro Player of the Year. Davison is a two-sport athlete and has committed to playing collegiate basketball for Wisconsin. Photo courtesy of Glen Stubbe, Star Tribune

Raised in a basketball family, Brad Davison yearned to reach the collegiate level like older sisters Stephanie and Angie. Some coaches felt getting there, however, meant he must give up football.

It’s a big risk, they cautioned. It’s a lot of sacrifice and a lot of time.

On the latter point, those coaches were correct. Davison worked hard and became not just a great athlete playing quarterback at Maple Grove, but a great quarterback. As far as risk, Davison considered real pain the sort that comes from letting teammates down. So he twice ignored pressure to focus on basketball, first as a promising sophomore and again as senior just weeks after fulfilling his hoop dreams with a verbal commitment to Wisconsin.

“A lot of people tell you what they think you should do,” Davison said. “But when it came down to it, I just enjoyed playing football and being with my teammates so much that I had to do it.”

He carried the Crimson (8-3) this fall, throwing for 2,418 yards and 23 touchdowns and rushing for 891 yards and 15 scores. He got extra reps with receivers after practice three days per week. And he handled growing media attention well, using “sir” or “ma’am” whenever possible.

Davison earned Star Tribune Metro Player of the Year honors as a quarterback opposing coaches struggled to stop and found impossible to dislike.

“What I told him, I said I think the Gophers should have offered him,” Grant said. “I said I think he’d be one of the great quarterbacks at Minnesota. Seriously.”

Davison, a junior guard on the Star Tribune All-Metro first team, never considered leaving basketball. He made playing quarterback a point of pride.

“When I was a sophomore and junior, when you thought of Maple Grove you thought, ‘Make ‘em pass,’ ” Davison said. “I kind of had a chip on my shoulder because of that.”

Then there were the subtle ways Davison asserted control. Coach Matt Lombardi said he made Davison a “second coach” on the field, trusting him to count the number of defenders in the box and check out of plays as needed.

“I put so much more time into basketball at a younger age because I was brought up in a basketball family,” Davison said. “So it came more natural to me. I didn’t start taking football as seriously until sophomore year. It hit me that if I want my team to be successful, I’ve got to elevate my game.”

Davison started this fall with a comeback victory against rival Osseo. He overcame a dreadful start — two interceptions in the first 15 minutes — to account for 331 total yards and three touchdowns. After the game, he noticed a Crimson student-manager struggling to get the first down markers off the field. So he picked them up.

“My dad saw that and he said to me, ‘He’s a good kid,’ ” Lombardi said. “He’s made a huge impact on this school and he’s done it with humility and grace. Because of that, our kids responded.’’ 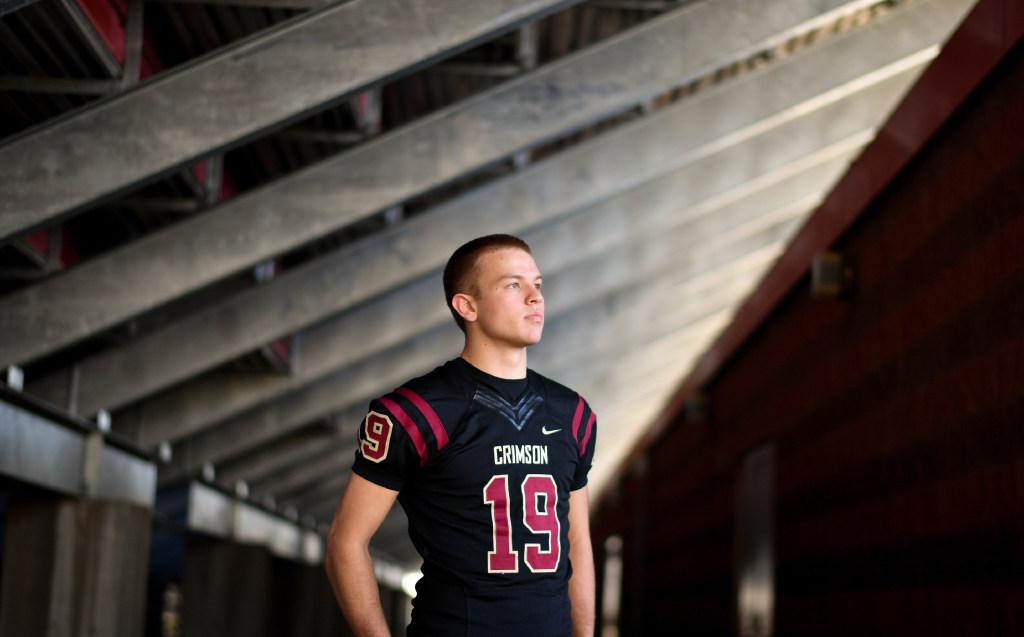 Video: Brad Davison talks about what his selection means

Cerebral and committed: Brad Davison at a glance

History maker: Of the 33 annual selections for football Metro Player of the Year, Maple Grove senior quarterback Brad Davison is the first to play his senior season with a verbal college commitment in another sport. He’s also the first one headed to college basketball (Wisconsin). “He was told, ‘You’re crazy for playing football,’ but he fought the specialization bug,” Maple Grove football coach Matt Lombardi said. “He took ownership of this team and led us farther than a lot of people thought we might go.”

Sing loud, sing proud: Davison is a three-year member of the choir. His baritone voice can be heard at concerts throughout the school year, though not as a soloist. “I stay away from that; I stay in the back,” said Davison, whose favorite song is the late Leonard Cohen’s ‘‘Hallelujah.’’

Good company: Lombardi, who served as Wayzata’s defensive coordinator for 11 seasons, said Davison “is James Laurinaitis 'to a tee.' ” Comparisons to the NFL linebacker start with the mind. “They both lived and died the cerebral part of football,” Lombardi said.

Past Metro Players of the Year