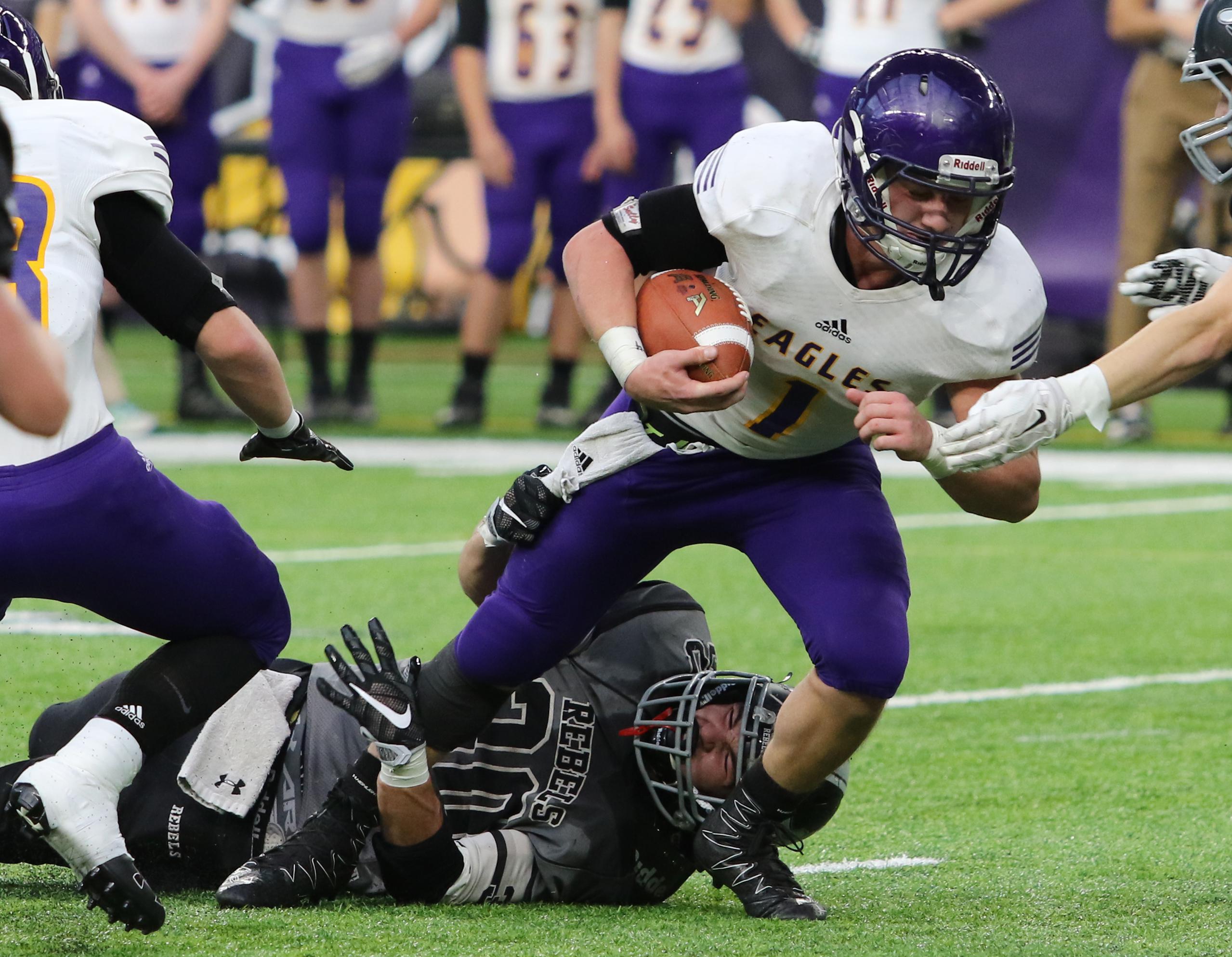 Senior runninng back Carter Greguson (1) busts through the Rebel line. Greguson rushed for more than 100 yards in his 10th consecutive game helping Rochester Lourdes to a 43-21 victory. Photo by Cheryl Myers.

Two years ago, Rochester Lourdes quarterback Noah Hillman fumbled late in the Class 3A semifinal on a potential game-sealing drive.

Almost immediately after the play, five senior teammates rushed over and encouraged the sophomore to shake off the blunder. He did and the Eagles went on to win the 2014 state championship.

Hillman has carried that lesson of perseverance with him since and it was evident in his three-touchdown, 163-yard rushing performance in the Eagles’ 43-21 victory against Dilworth-Glyndon-Felton in the Class 3A semifinal.

“[That year]I learned how to pick guys up when they are down and how to bounce back,” Hillman said. “I try to help the young guys if they make a mistake because I know it made a world of difference when it happened to me.”

The bulk of Hillman’s production came in the first half when Rochester Lourdes’ speed option offense ran at will against the Rebels’ front seven. All three of Hillman touchdowns came before halftime, with Dilworth-Glyndon-Felton defenders repeatedly unable to make tackles.

Early in the third quarter, the Rebels’ Ben Beyer, who finished with 118 yards rushing on six carries, scored on a 26-yard run as Dilworth-Glyndon-Felton (11-2) pulled within two scores at 26-14.

But on the ensuing drive, the Eagles (12-0) converted a 31-yard field goal. They added two fourth-quarter touchdowns to put the game out of reach.

“They put you in situations where you have to make a one-on-one tackles,” Dilworth-Glyndon-Felton coach Anthony Soderberg said. “[Our players] were in some tough spots because the coaches put them there.” 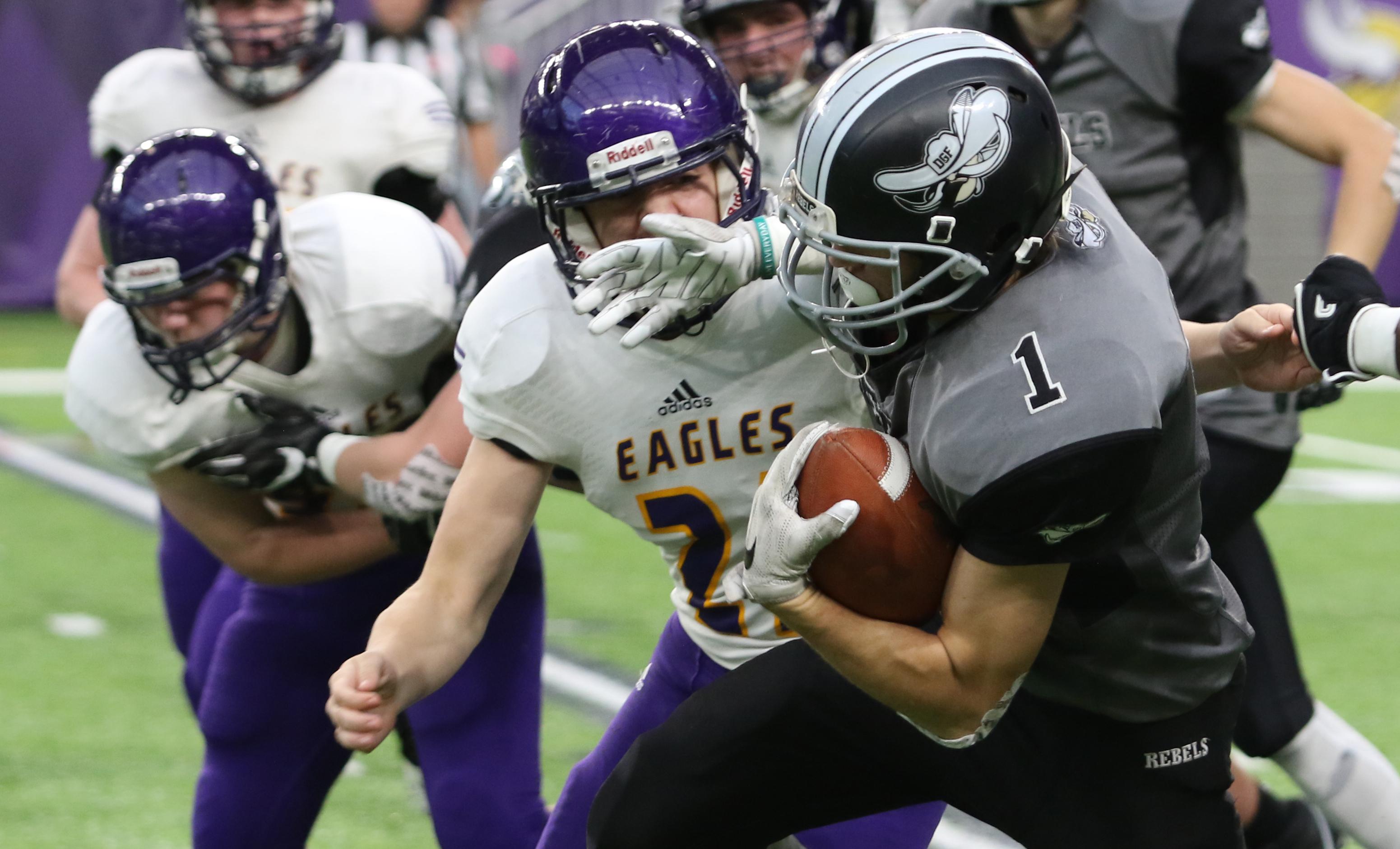 Rebel senior running back Ben Beyer (1) pushes past an Eagle defender. The Rebels 330 yards of offense wasn't enough to keep pace with the Eagles. Photo by Cheryl Myers.

Rochester Lourdes ran just about every form of an option running play it could, and each variation proved effective as the Eagles ran for 440 yards and defeated Dilworth-Glyndon-Felton 43-21 in the Class 3A semifinals.

Quarterback Noah Hillman scored three first half touchdowns, all on the ground, confusing Rebels defenders throughout the game Saturday at U.S. Bank Stadium. He finished with 158 rushing yards.

Dilworth-Glyndon-Felton (11-2), playing in its fourth consecutive state tournament, totaled 330 yards of offense but failed to keep up with the Eagles' ground attack.