In a game with 11 turnovers, it was a Winhawks interception in their end zone with 29 seconds left that clinched a 34-30 victory. 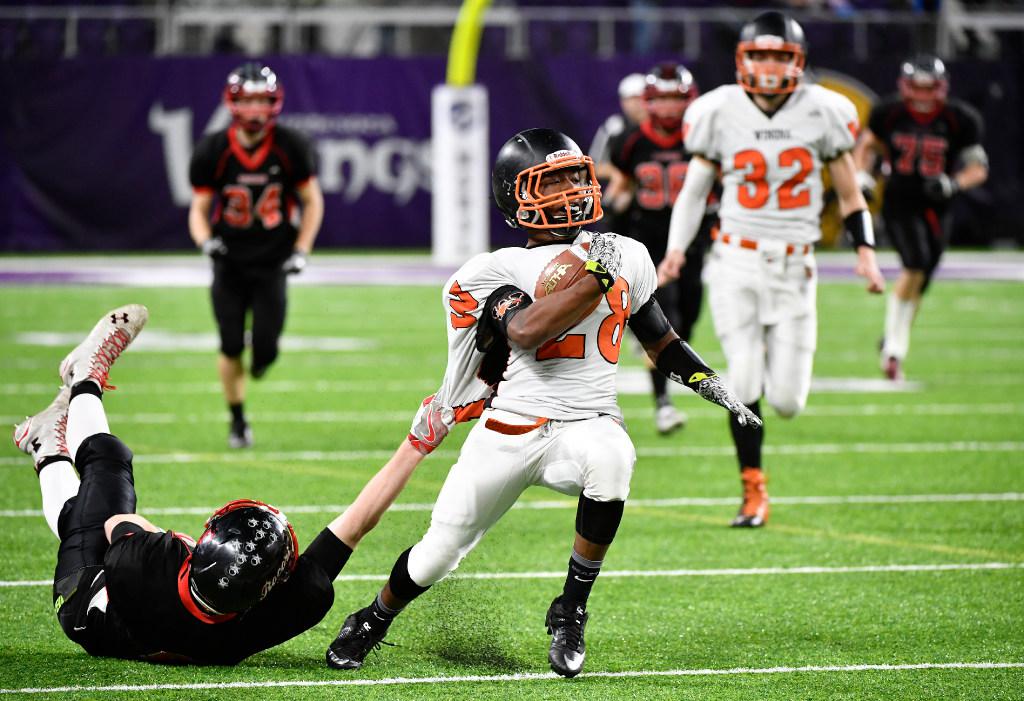 Rocori's Mason Primus ( 5) held on tight to the jersey of Winona running back Robert Warren (28) as he made a run for a first down in the third quarter. Photo: AARON LAVINSKY * aaron.lavinsky@startribune.com

Winona football coach John Cassellius, no fan of roller coasters, got strapped in the front seat for his team’s wild 34-30 Class 4A state tournament semifinal victory against Rocori.

After a game featuring 894 yards, 11 turnovers and four second-half lead changes, Cassellius and the Winhawks exited a little queasy but smiling.

The Winhawks (11-1), No. 6 in final Associated Press state rankings, advance to the Prep Bowl on Friday to face Benilde-St. Margaret’s. They were runner-up in 1987, their only other state tournament appearance.

“We focused on what we had to do, and we kept our heads up when things didn’t go our way a couple times,” said Winona quarterback Riley Bosteter, who threw two touchdown passes.

Winona’s go-ahead drive nearly ended in disaster as running back Robert Warren fumbled the ball, then recovered it at Rocori’s 2-yard line. Teammate Dan Jonsgaard scored on the next play and Winona went ahead for good with 1:21 left. Warren led all players with 224 yards on 17 carries and two scores.

Undaunted, Rocori came right back. A team that emerged from a 20-7 deficit in the second quarter wasn’t about to quit. The Spartans (9-4) drove and called timeout at Winona’s 12-yard line with 37 seconds left.

The Winhawks’ Logan Smith ended the game on the next play with a deft end zone interception, made with just inches of sideline room to spare.

“I’m proud of how our guys fought down to the last second,” Rocori coach Mike Rowe said.

Winona outlasted Rocori to win 34-30 in a wild and turnover-plagued Class 4A semifinal.

Rocori threatened late with a chance to take the lead but the Winhawks' Logan Smith intercepted a pass in the end zone with 29 seconds left in the game,

The Winhawks (11-1) advance to Friday’s Prep Bowl to face Benilde-St. Margaret’s. They were runner up in 1987, their only other state tournament appearance.

Winona, No. 6 in final Associated Press state rankings, and Rocori (9-4) battled through four lead changes in the second half. The teams combined for 11 turnovers. 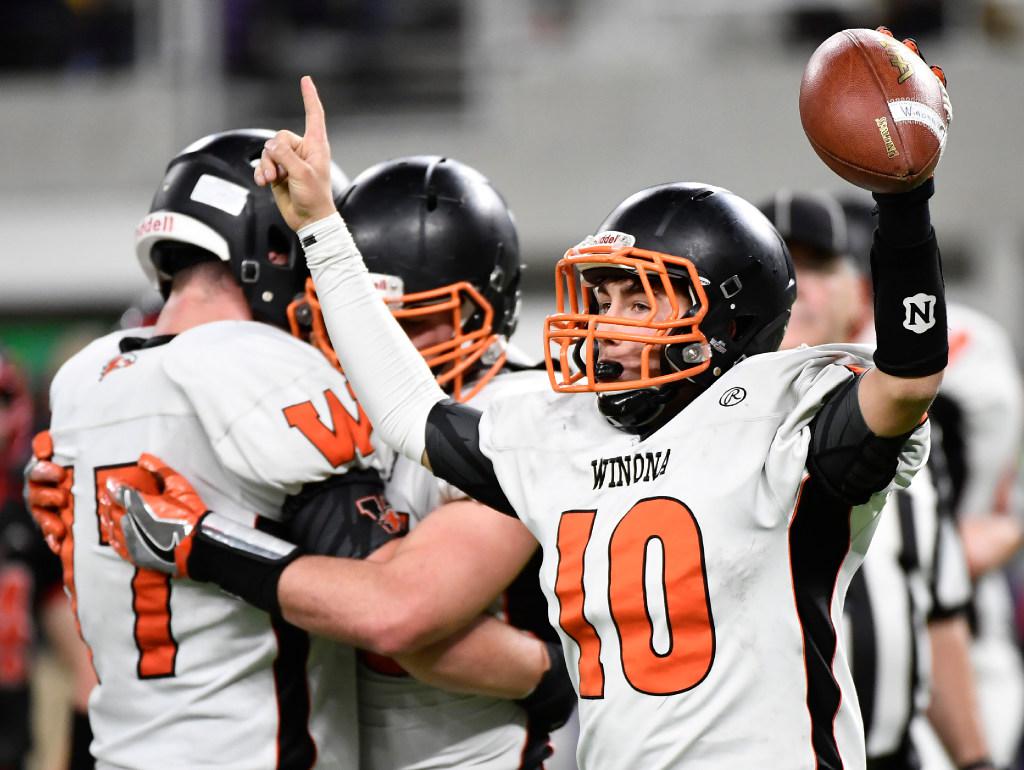 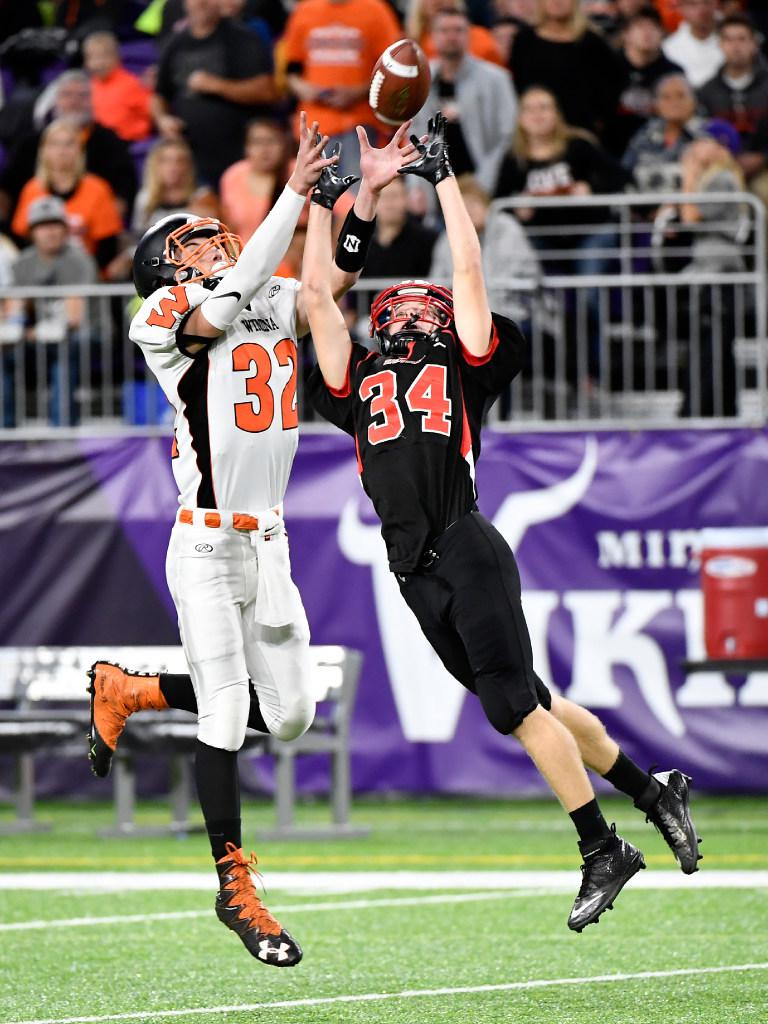