Trailing in the second quarter, the Warriors forced three first-half turnovers and converted them to touchdowns en route to a 55-20 victory. 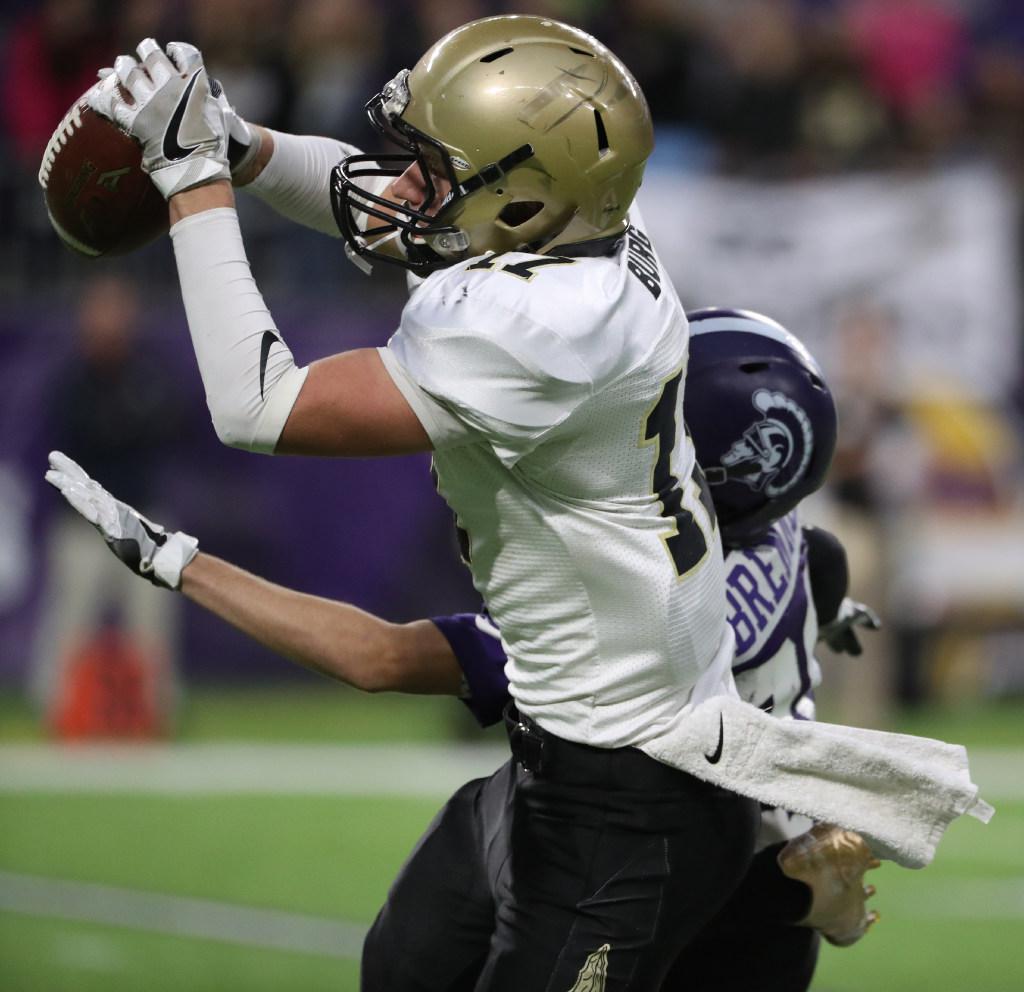 Until the Class 2A semifinals on Friday, Caledonia quarterback Owen King had never trailed in a game as a starting quarterback.

Apparently King, a junior, did not relish the feeling when the Warriors fell behind 13-7 to underdog Barnesville early in the second quarter.

Benefiting from three Trojans’ turnovers, Caledonia put together four consecutive scoring drives before halftime. Three of them ended with King throwing touchdowns to Andrew Goergen. Before Barnesville could make halftime adjustments to offset the Warriors’ pass-heavy attack and swirling defensive pressure, Caledonia scored 41 points, and went on to a 55-20 victory.

King credited his offensive line for giving him time to throw, saying, “I am very proud of the way we responded as a team.’’

Barnesville running back Brady Tweeton scored the game’s first touchdown on a 60-yard run. The junior, who finished with 215 yards rushing, said he could feel momentum swinging the Trojans’ way when they took the lead.

“We were feeling pretty confident,” Tweeton said. “But one mistake started the snowball [effect] and it just kept going down.”

Scoring twice in 50 seconds is exactly how Fruechte said he expected the Warriors -- the defending Class 2A champions -- to respond after falling behind early.

“We know we are not always going to be up,” he said.

Defending Class 2A champion Caledonia has not had a margin of victory of fewer than 20 points all season and the semifinal on Friday was no exception.

The Warriors (13-0) forced three first half turnovers, converting them all into touchdowns, and defeated Barnesville 55-20 at U.S. Bank Stadium.

Caledonia running back Ben McCabe finished with 161 yards on the ground and three scores.

Warriors quarterback Owen King threw three first half touchdowns, all of them to Andrew Goergen. The Warriors held a 41-13 lead at half and capitalized on the mistakes by the Trojans (11-1). 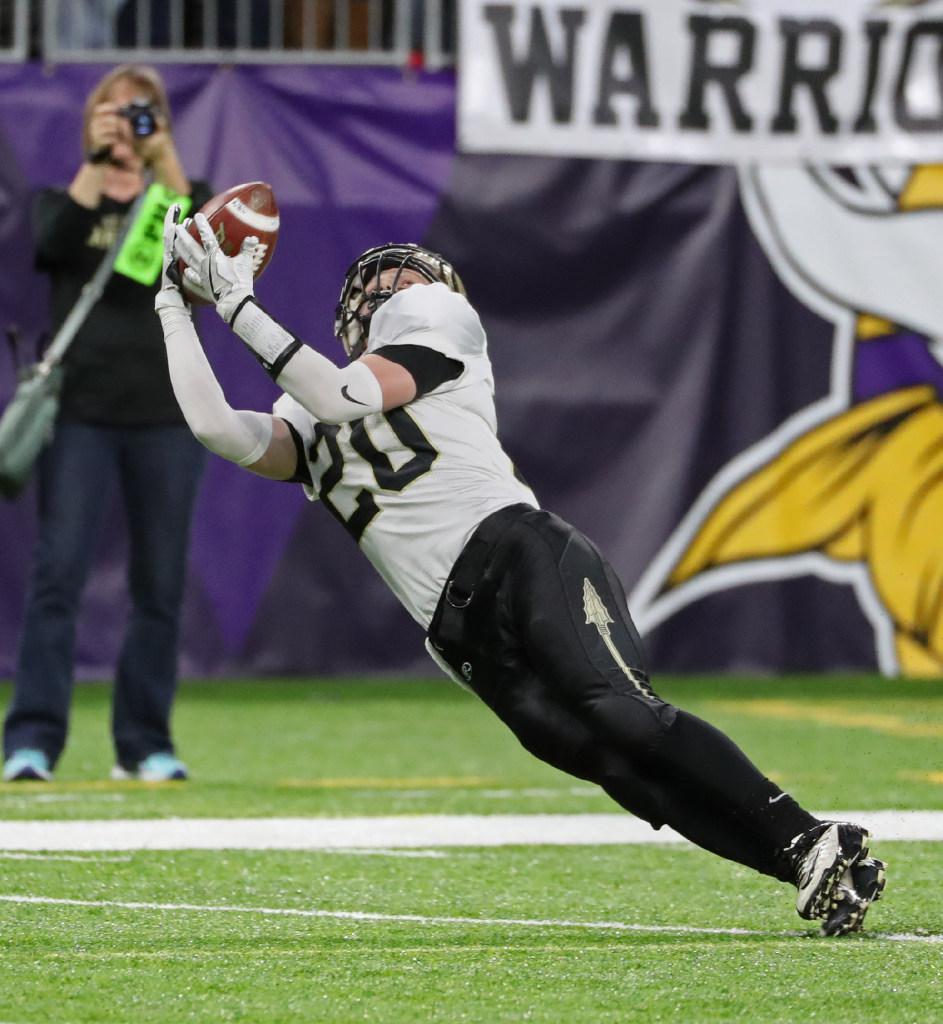