Carter Kopet passed for three touchdowns and ran for two more in a 38-29 win in the first football game played in U.S. Bank Stadium. 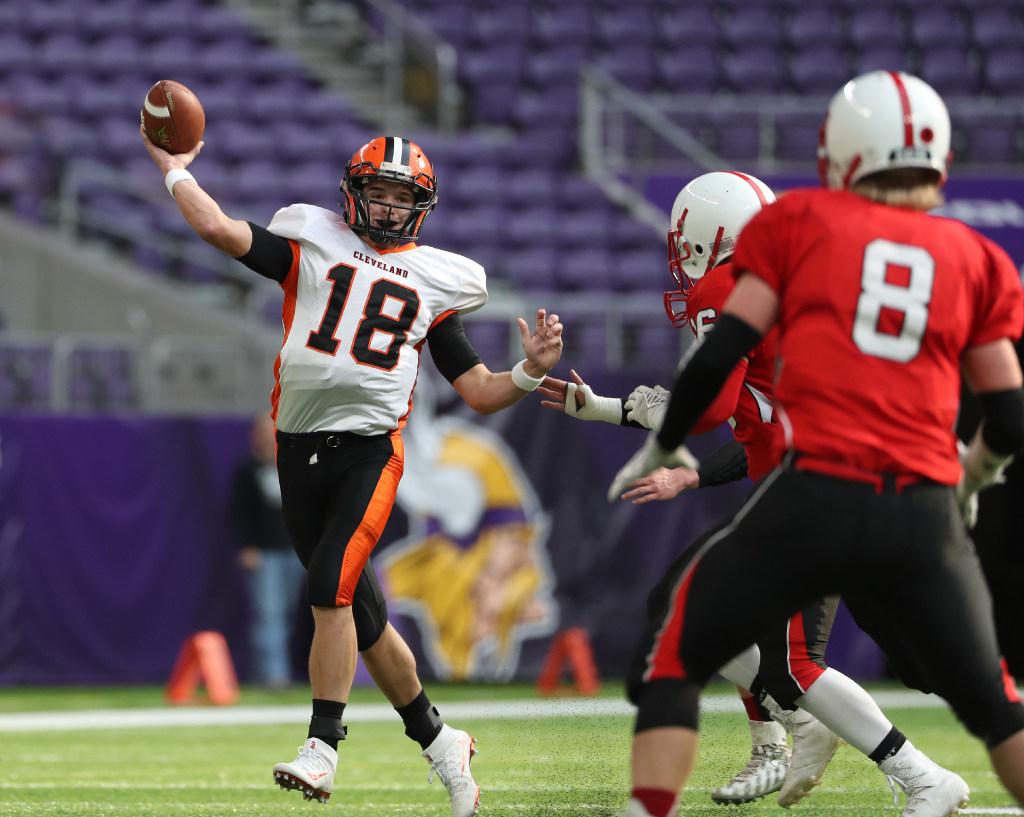 Carter Kopet and the Cleveland offense had been hearing the same refrain from co-head coach Erik Hermanson all year. At some point, the high-scoring Clippers would have to show patience and not depend on explosive plays.

“It’s been an on-going process with these guys,” Hermanson said. “We’ve been preaching ‘Take what they give you’ all week, until we were blue in the face.”

Apparently, the message got through. Cleveland (13-0) put together four long touchdown drives to defeat Cromwell-Wright 38-29 in the Nine-Man semifinals. And Hermanson’s face carried not a hint of blue.

Kopet completed 22 of 38 passes for 212 yards and three touchdowns, increasing his state record touchdown-pass total to 129. He also rushed for 108 yards and two scores and intercepted a pass.

“It really wasn’t that tough,” said Kopet of taking things a bit slower than usual. “We know that the higher you get, you’re not just going to be able to throw it 50 yards downfield and catch it for a touchdown every play.”

Cromwell-Wright led 22-20 at halftime, but the Cardinals (12-1) hurt themselves with mistakes, turning the ball over four times on the second half and having a promising drive stall due to penalty.

Cleveland’s Austin Plonsky intercepted passes on Cromwell’s first two possessions, leading to 11 quick points for the Clippers. Cromwell cut the lead to 31-29, but managed just 12 plays from scrimmage after that.

Plonsky finished with two interceptions, but it was his second touchdown reception of the game that caught eyes. Kopet threw it to Plonsky’s back shoulder at the goal line, where he out-fought the Cromwell defender, turned in mid-air and corralled with his right hand as he was falling out of bounds.

“How about that?” Hermanson said. “I think a picture of that should be on the cover of next year’s [MSHSL official] program.

Zion Smith rushed for 89 yards and passed for 93 for Cromwell, but threw three interceptions.

"That didn’t go quite the way we wanted it to,” Smith said. “We couldn’t stop them and made a couple of key mistakes there. We didn’t want it to happen, but it did.”

Cromwell coach Jeff Gronner said, “The big thing is, we haven’t turned it over hardly at all, all season. And we had a bunch in [the second] half. We had a few too many mistakes.''

Cleveland’s Carter Kopet was as good as advertised. The junior quarterback passed for 212 yards and three touchdowns and ran for 108 yards and two more scores to lead the Clippers (13-0) past Cromwell-Wright 38-29 in the Nine-Man semifinals.

The first high school football game played at U.S. Bank Stadium featured plenty of offense as the two teams combined for 442 total yards before halftime and more than 700 yards in the game.

Cromwell led 22-20 at halftime, with Nic Johnson scoring the first touchdown by a high school player in the new stadium. But the Cardinals (12-1) became mistake prone in the second half, turning the ball over four times. 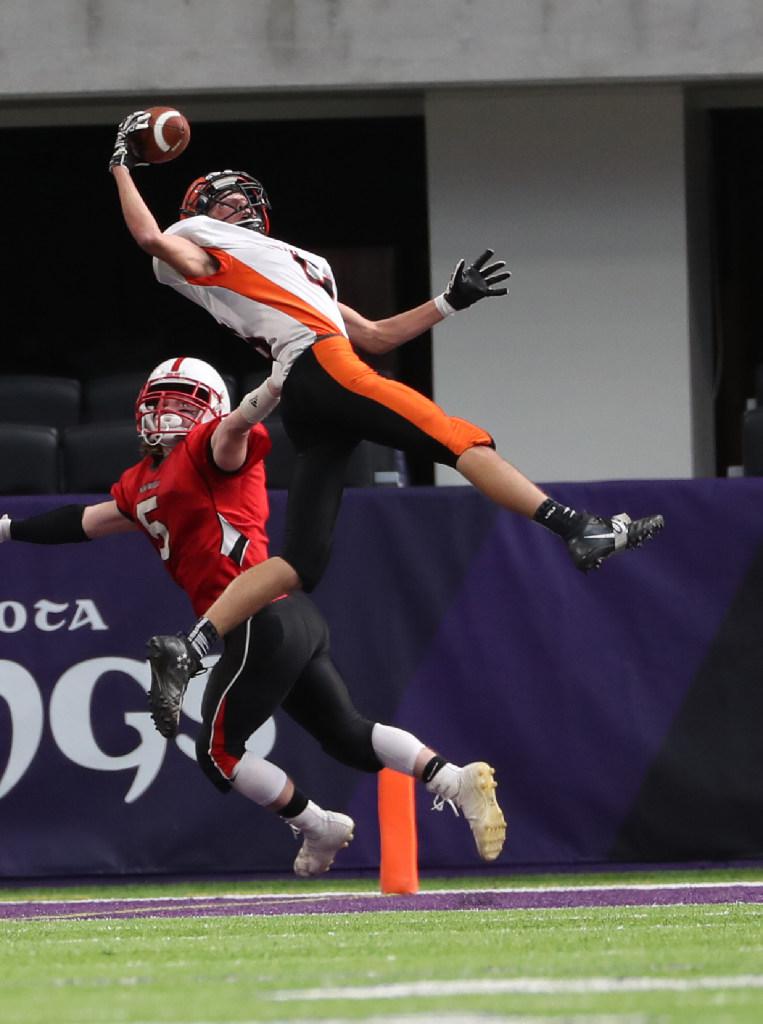