Owatonna's Alex Raichle comes down inside the goal line to complete a 44 yard pass to take the lead with just 18 seconds remaining in regulation. The Huskies defeated Apple Valley 28-24. Photo by Cheryl Myers, SportsEngine 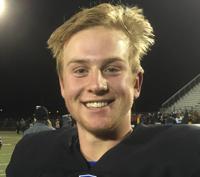 Owatonna struggled to find consistent momentum against Apple Valley’s stout defense in a Class 5A quarterfinal game at Lakeville North High School. But when the pressure was at its highest, Huskies quarterback Abe Havelka delivered two clutch touchdown throws that gave Owatonna a 28-24 victory.

“My job is to stay calm in the pocket. The guys up front do their job, giving me the time to get the ball off which they did twice,” said Havelka, a junior. “The drives we scored on, our offensive line just really gave us momentum.”

Owatonna (9-2) trailed Apple Valley 24-21 late in the fourth quarter. On fourth-and-10, Havelka scrambled and fired a deep pass toward the end zone. Junior Alex Raichle came down with the 44-yard reception to give the Huskies the game-deciding score with just 18 seconds left.

“He’s got a very strong arm,” Owatonna coach Jeff Williams said of Havelka. “We bought enough time for him to get the receivers down there. To have the receivers run 40 yards down the field into the end zone requires about 4.6 seconds.”

Havelka’s first clutch play closed out the first half. He and senior receiver Jay Sullivan connected on a 61-yard touchdown pass as time expired, giving the Huskies momentum heading into halftime.

But after the Eagles kicked a field goal to take a 24-21 lead with less than a minute left, Havelka stepped up one last time.

“It was unreal. It’s just, miracles happen,” Havelka said. “I’m so thankful right now. This is the best moment of my life.”

A touchdown in the last minute of the game gave Owatonna a 28-24 victory over Apple Valley on Saturday in a Class 5A quarterfinal game at Lakeville North High School.

Huskies quarterback Abe Havelka found Alex Raichle for a 44-yard touchdown pass after the Eagles (7-4) had kicked a field goal to take a 24-21 lead.

The Huskies (9-2) also got a dramatic Hail Mary pass for a 61-yard touchdown at the end of the first half.

Much of the game was a defensive effort, with both offenses struggling to string together big gains at first. But the Huskies  broke through with deep passes at critical times. 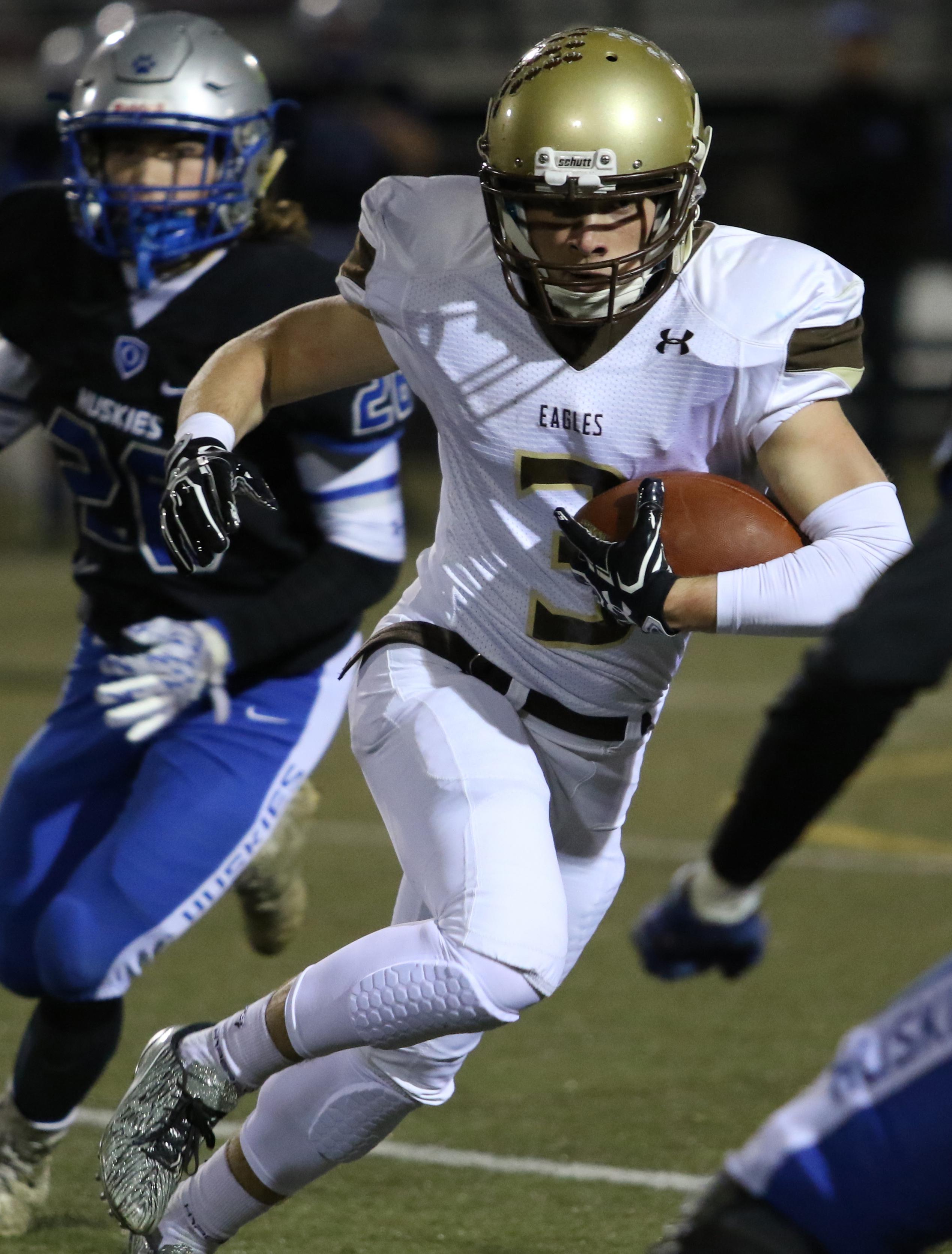