Twice a week, Cooper players go to class in dress shirts and ties, a look catching on with classmates. 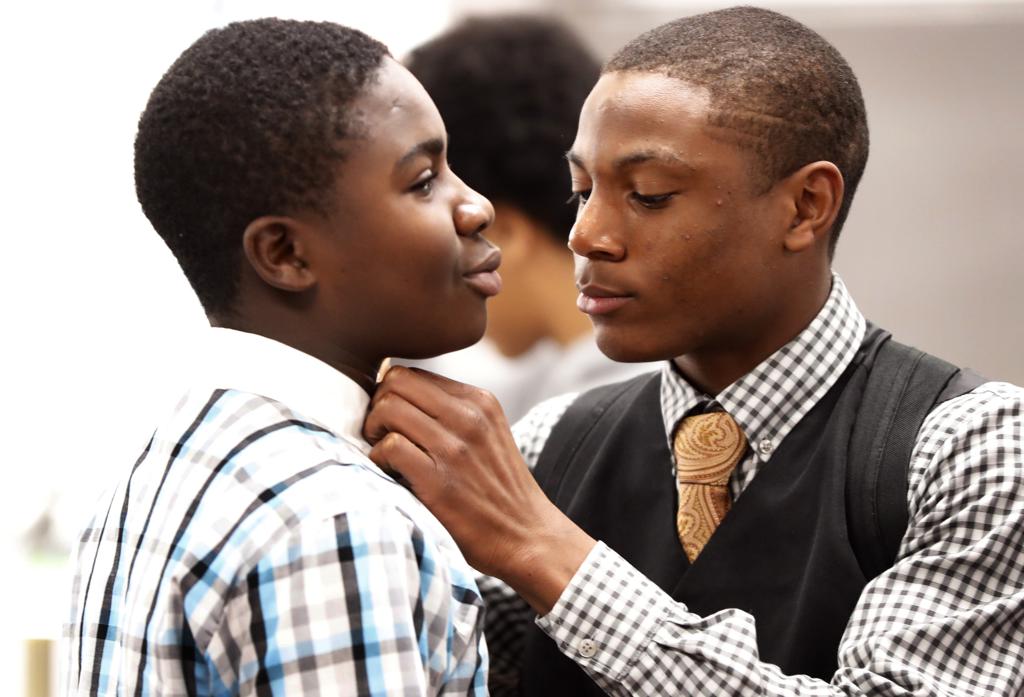 Before last season, Cooper football coach Willie Howard looked at his team and decided there was still something missing. Now in his seventh season at the helm, the former Vikings defensive lineman has changed the football culture at Cooper, compiling a more-than-respectable .596 winning percentage (34-23), compared to the .361 percentage Cooper had in its five previous seasons.

But, like any football program, there is always more to be done. Black students comprise nearly 37 percent of the student body at Cooper, the school’s largest racial demographic group. Looking to improve their self-esteem and bolster perceptions of them in the community, Howard hit on an idea that has long been a staple in the business world: Two days a week, the Cooper football players dress for success.

The philosophy was boiled down by senior wide receiver Emmanuel Ogboru, dressed nattily in a checked shirt, vest and gold tie.

“When you look good, you act good, you do your work good and you play good,” he said.

On Mindset Mondays and We Will Succeed Wednesdays, the entire Cooper football team puts away the hoodies and sweats and dons a more professional-looking attire. If they don’t own such clothes, the school has amassed a large wardrobe with hundreds of shirts and ties, as well as sport coats, vests, slacks and even shoes. Most of the clothes were donated or acquired through the crowdfunding website GoFundMe, which raised $5,000.

“They come in on Tuesdays and Thursdays to get the clothes they need for the next [Dress For Success] day,” Howard said. “When they come to school dressed like that, it says they took the time and energy to prepare. When they’re sitting in that classroom, they feel differently about that class. It reminds them why we’re in this building.”

Howard knows he can’t ask this every day. Some days, kids just need to be kids.

“They’re still teenagers,” he said. “It’s not fair to say you always have to wear this. We understand that kids have their own uniqueness.”

Senior offensive tackle Eric Abojei, who has committed to play for the Gophers, sports a maroon U of M tie over a black shirt. Wearing the tie around school twice a week has become a source of pride.

“My first response when I heard we were doing this was shock,” said the 6-foot-6, 325-pound Abojei. “I was like, ‘You really want to dress up?’ But I decided that first week that I like this. It gets me focused in the classroom and makes me feel good inside.”

Abojei’s initial reaction was common throughout the school, which is part of the Robbinsdale School District but located in New Hope. Why were these classmates in wearing ties?

“It was weird seeing kids come in wearing suits and ties,” Ogboru said. “It’s not normal. But then people got used to it and found out we’re doing it for a good cause.”

Abojei said the Dress For Success gone so well that now other students — non-football players — have asked if they can follow suit. He assures them everyone is welcome to put on their Sunday — and now Monday and Wednesday — best.

“It’s a community thing,” he said. “It’s to help make the whole community better, have them look at us in a different perspective.”

“The whole concept is important,” Powell said. “Some of these kids don’t understand that if you have to go for a job interview or go somewhere and look presentable, you have to wear a tie. A lot of them didn’t know how to tie a tie. This gives them an opportunity to say ‘I know how to do these things.’ People can see them in a different light.”

Of course, nothing gets a message across more than winning. The Hawks are 4-0 and ranked No. 8 in Class 5A, heading into Friday’s game at rival Park Center. The Pirates defeated Cooper twice in 2015, ending the Hawks’ season in the playoffs.

Howard said the focus derived from a strong self image pays off on the football field.

“I’m a firm believer that the better you do in the classroom, the easier it is on the football field,” he said. “If your knowledge is strong and you’re a critical thinker, the playbook comes easy. And then you get to do what football and sports are all about, and that’s have fun. Everything we do is in line with doing what’s best for the kids and the team.” 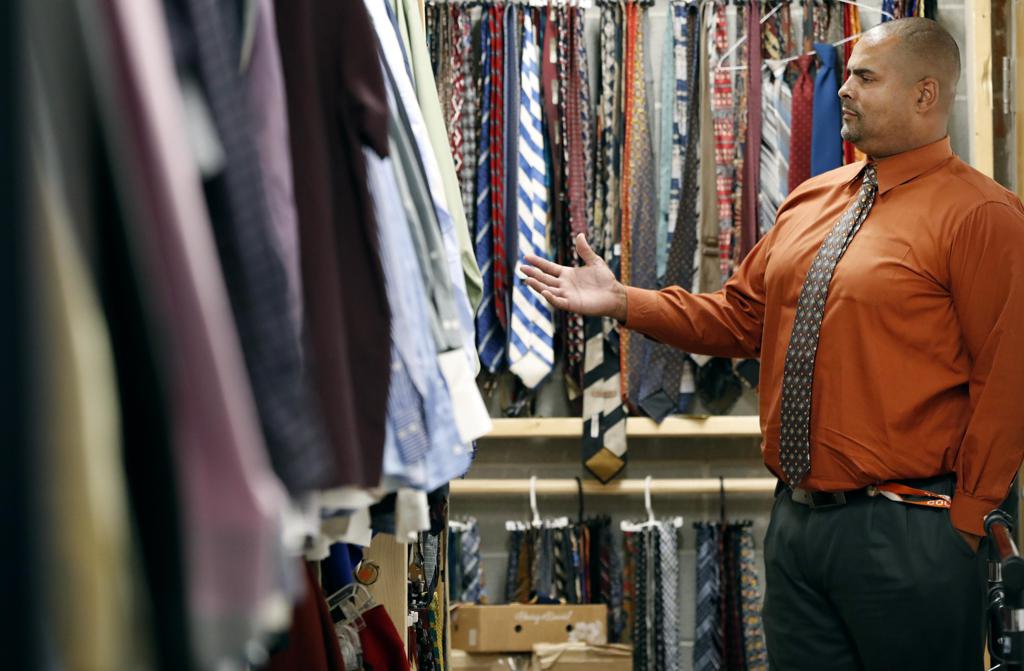 Who: Football players, other athletes and students.

What: Dress shirts, ties and dress slacks each Monday and Wednesday.

Requirements: Wear dress clothes, either their own or borrowed from the school’s large wardrobe of dress clothes, which was acquired through donations or purchased on funds raised through the crowdfunding site GoFundMe.

Rewards: Each week football players are required to take a selfie
wearing dress clothes and post it online, either on the team Twitter page
@CooperHawksFB or the Facebook site Dressing4Success. Whoever gets the most “likes” gets a $20 gift card to Big Louie’s in Crystal.

Quote: “We’re changing a culture. If someone gets 250 likes, that means 250 people saw the positivity in our message.” — Hawks football coach Willie Howard.