Feisty Totino-Grace won't back down

Knocking off Eden Prairie in the Class 6A Prep Bowl won’t be easy, but the Eagles love a challenge. 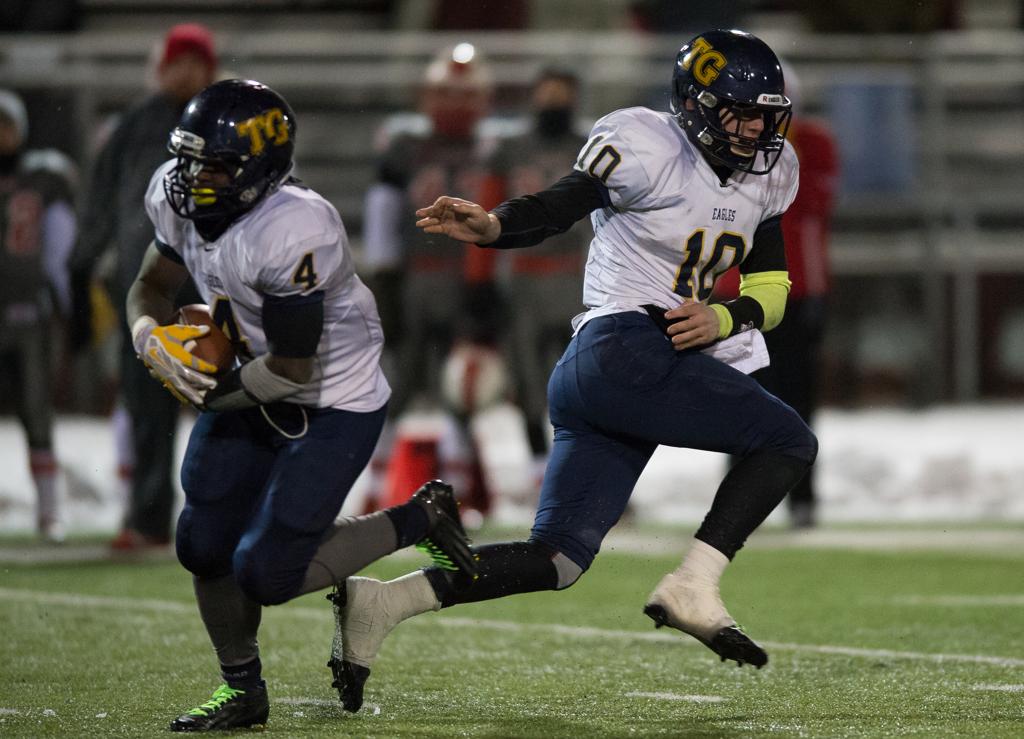 Thursday’s sun dropped low in the sky and the temperatures did likewise, to about 14 degrees, by the time Totino-Grace players left Osseo’s football field and headed for warm buses.

Players ended the season’s final practice with yelps and good cheer, showing no signs of dread about the obstacle ahead. The Eagles’ Prep Bowl opponent is No. 1-ranked and three-time defending champion Eden Prairie (12-0). The teams kickoff about 7 p.m. Friday at TCF Bank Stadium for a game most observers have already given to Eden Prairie.

“If was in Las Vegas, I’d pick them, too,” Totino-Grace coach Jeff Ferguson said.

History is not on Ferguson’s side. The two programs each boast nine state championships. They have met three times since 2011, including twice in the playoffs. Eden Prairie won all three, by an average score of 46-12.

Totino-Grace’s enrollment of 769 students fits the size of a Class 4A school. But since 2011 the Eagles (11-1) have opted up twice, to Class 5A and then Class 6A. Lopsided results against Eden Prairie, which has 2,845 students, sprang not from school-size disparity, Ferguson said, but Eden Prairie’s mix of precision offense and pounding defense.

“We look for cracks in teams; we like to feast off other teams’ mistakes,” Ferguson said. “Well, we’ve played them three times and I’m still waiting for one. Nobody executes as well as they do.”

Few teams have shown Totino-Grace’s moxie. The Eagles have come back to win seven games this season, last week erasing Lakeville North’s early 14-0 lead in a 37-21 victory. Young players have answered the bell. Ferguson said nine sophomores in the starting lineup make this the youngest team he’s ever coached.

And one of the saltiest. Two of its stars — quarterback Lance Benick and running back Kez Flomo — are accomplished wrestlers. Benick is top-ranked nationally and a three-time state champion.

“Our kids will fight you,” Ferguson said. “They’ll compete. Whether or not that will be good enough, we’ll see. We are who we are.”

“For Rachel, it would be just fantastic,” Yvette said. “She would be so excited for her boys. They deserve to be here. And no matter what, they are already winners.”