Coaching on the edge

A cultural shift is changing how Minnesota coaches need to connect with their athletes. 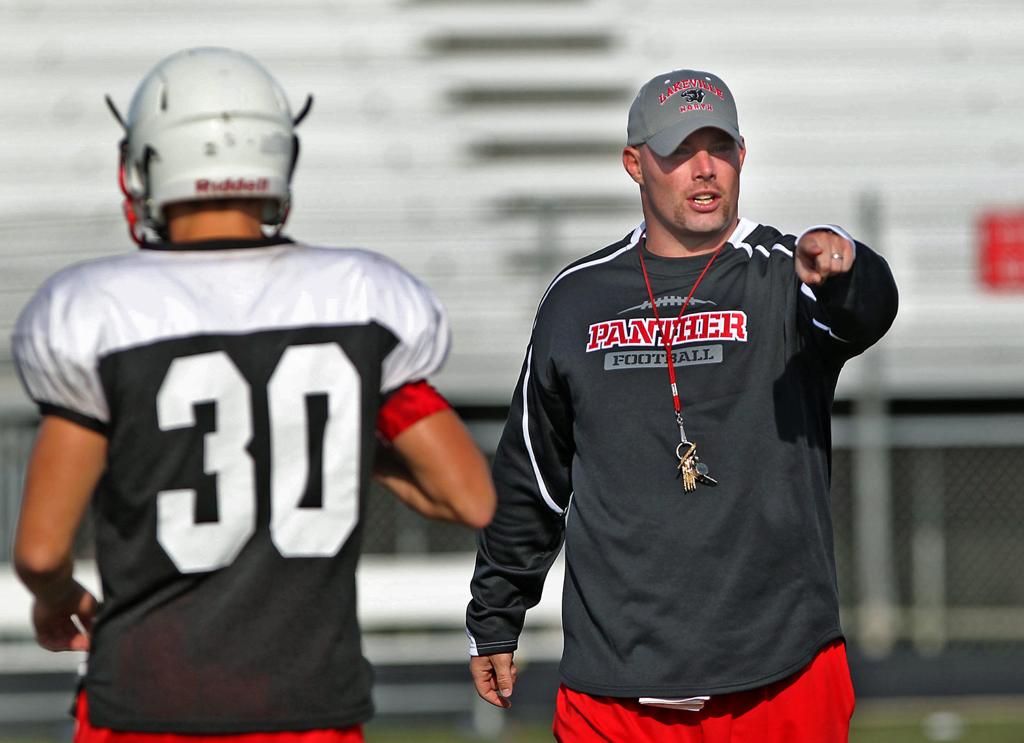 A high school coach with an open-door policy might sound good, but it doesn’t resonate much with athletes these days.

Instead, coaches should spend time in their athletes’ living rooms to find out who they are and what best motivates them, reflecting a new era of “transformational coaching,’’ a national researcher told high school activities directors from across the state last week.

The message from Jeff Duke, who leads a postgraduate program in coaching at the University of Central Florida, was part of a one-day seminar at Minnetonka High School called “Athletic Administrators Leading in the 21st Century.’’

“This is about us getting better,” Bob Madison, Mounds View activities director and seminar steering committee member, told his 86 fellow educators, many of whom scribbled with pens, typed on tablet computers or listened with thoughtful facial expressions.

The first speaker, Dienhart, offered a sobering view of the changes within athletes and athletics. Athletics, he said, “is the primary source of status for high school students” but he wondered whether youngsters in the social media age are more concerned with celebrity than success.

He also talked about “goal-sickness,” his term for coaches who “could be taken over by wins and losses.” The job of a high school activities director, Dienhart said, is to “keep reminding folks that isn’t what it’s all about.”

Duke furthered Dienhart’s message and encouraged activities directors to remind coaches to win both on the scoreboard and in the hearts of their athletes.

“If the coach says, ‘Get on the bus,’ most kids will get on without knowing where it’s going,” Duke said. “So, who is coaching the coaches?”

His “pyramid of coaching success’’ starts with fundamentals, teaching athletes the skills they need for their sport. Few coaches, Duke said, will succeed beyond this level if they don’t invest in psychology, the second tier.

Today’s athletes, Duke said, feel they “should get something for playing sports.’’ He cautioned that motivating through the hope of a college scholarships or giving everyone a trophy at the team banquet adds to a sense of entitlement.

He challenged coaches to learn how to best motivate their athletes. Doing so also moves coaches to the third tier, transformation of the heart, both within athletes and themselves.

Staying on the ‘edge’

Duke’s presentation served as the day’s high point for several attendees. Fridley activities director Dan Roff said he heard a similar message at a conference for secondary school principals and was encouraged by the affirmation of what he is seeing in athletics.

“Transformational coaching is what’s happening right now,” Roff said. “There is a cultural shift going on and [Duke] is on the leading edge. We’re trying to stay on the leading edge so we bring that to our coaches and communities. We have to put our own brand on it but it’s the principals. You need to enter peoples’ lives today.”

Orono activities director Bucky Mieras said he heard about transformational coaching but wasn’t sure how to get there before Duke’s presentation. Breaking down the first two tiers, Mieras said, “really connected with me.”

“There are practical parts of the job that can consume you,” Percival said. “I’d like to spend more time talking about methods of coaches and the purpose of extracurricular activities.”

Hoverman said Madison and Irondale activities director Ron Broberg “probably have the most difficult job” in the Mounds View district.

The superintendents touched on timely issues such as a coach’s dismissal and competition for students through investments in athletics.

Outcry from coaches about parent intrusion into coaching prompted legislation this spring from Rep. Dean Urdahl that was recently signed into law. The measure declared that parent complaints cannot be the sole reason for a board not to renew a coaching contract.

“There is a lot of pressure from certain parents to do more with what we have,” Henton said.

Sesker added: “I don’t know if it’s ever going to be enough.”

An open dialogue with a superintendent, Roff said, is not a luxury every activities director enjoys.

The roundtable capped a day several activities directors agreed fulfilled Madison’s mission and made them better.

“This is mountaintop stuff,” Roff said. “We have to go back into the valley tomorrow. But you have to have that feeling of excitement that you can make a difference. That’s another reason it’s important for all of us to do these kinds of things because we need that vision refreshment.”