Holy Family turned around a season that included a 2-3 start and a 53-point loss to Hutchinson. 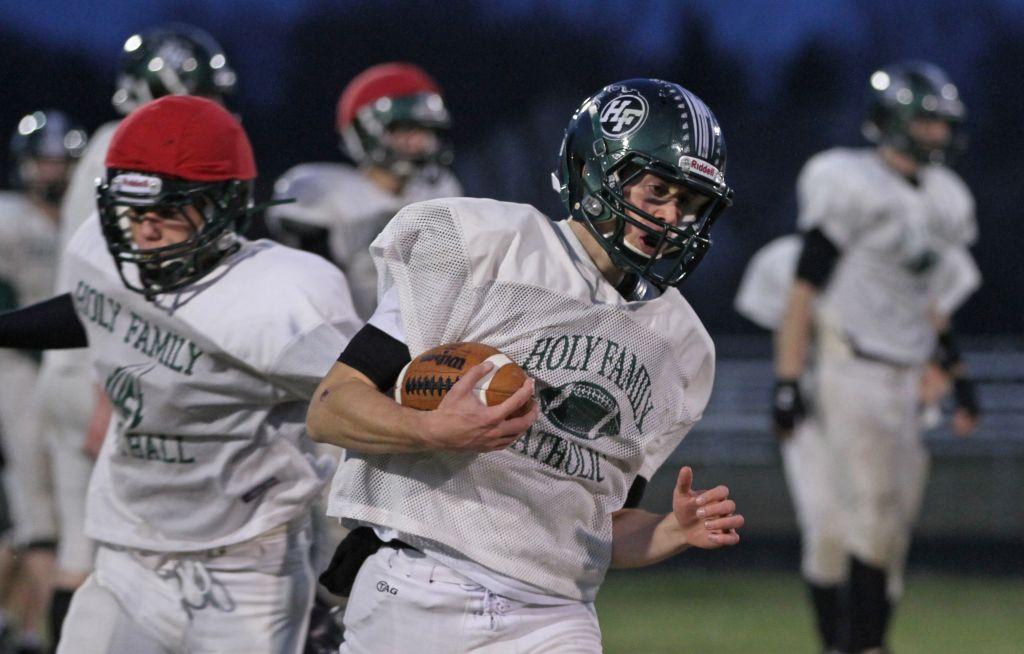 Staring at one another with little to say the morning after losing to Hutchinson 60-7 and a week after a homecoming loss ended a 27-game home winning streak, Holy Family players wondered if it could get any worse.

"That was a rough time in our season," said Connor Byrnes, a three-year starter and senior captain who has never been part of a losing team at the school based in Victoria. "Losing is not a big part of the Holy Family tradition. But I think that is what made us better."

Fighting to stay positive after three embarrassing losses, Byrnes and his teammates listened to the Fire coaching staff proclaim there was only one way the rest of the season could go. Already at the bottom after the 53-point loss, head coach Dave Hopkins expected his team to drastically improve.

"He was very up front about it. We could give up on each other or band together," Byrnes said. "I was pleasantly surprised how fast we got it together and became a cognitive unit."

The team spent the next seven weeks piecing together the makings of another successful season. Seven consecutive wins have landed what once was a defeated bunch in the Class 4A state tournament semifinals against Princeton, which has overcome a 4-4 regular season.

The transformation from bad to good happened much quicker than Hopkins could have hoped.

Guessing how the 2012 season would develop, the coach settled on a rebuilding year. The first season as a member in the tough Wright County Conference would be a chance to learn, he thought.

"I think that statement is true, considering we started out 2-3," Hopkins said. "We had a lot of rebuilding to do.

"It was a rebuilding half a year, instead of a year. Our guys happened to mesh and jell immediately after we got throttled. We slowly got better each week after that."

Though five of Holy Family's seven straight wins have been by only a touchdown or less, the margin of victory has shown Hopkins that each week his team is improving just enough to keep up with the improving caliber of opponents.

Holy Family is in its fourth state tournament appearance in the past five years. It last played in a title game in 2010, the Class 3A finale, which it lost.

"We just decided not to give up on each other," said senior quarterback Ben Baker, who is new to program this year. "Any time you lose 60-7, it's never good. But we've definitely only gone up from that game. We've really bonded as a team throughout the whole streak. It's been special."