South meets East in metro 6A

South Suburban teams play teams from the Suburban East in the Class 6A playoffs. 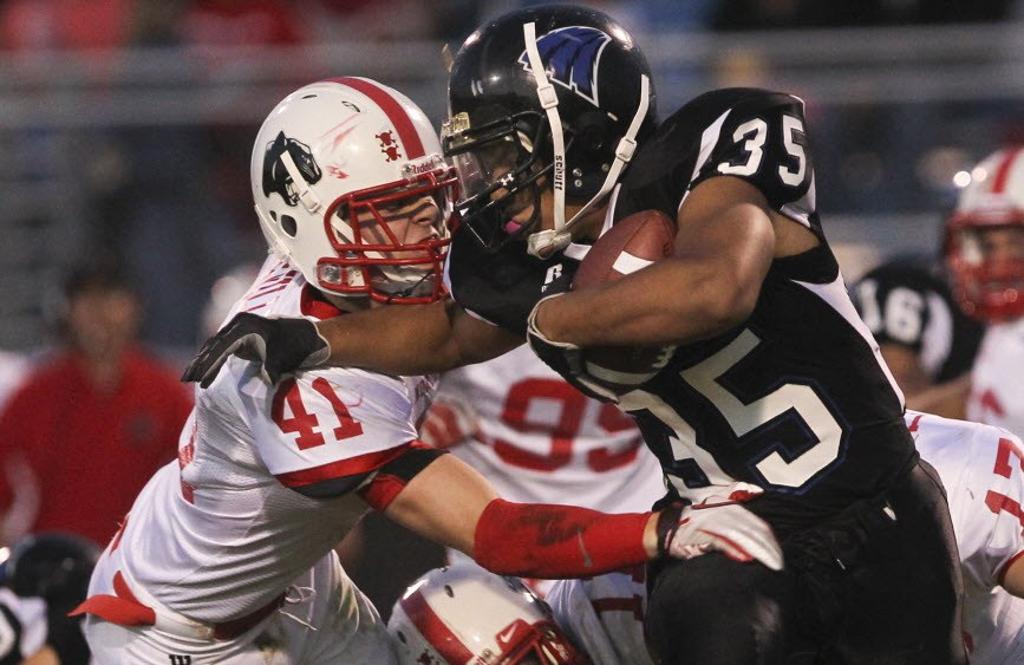 It's south against east, with conference bragging rights on the line.

The rewards are even greater than who comes out on top at this point of the season. It means a trip to the initial Class 6A football state tournament.

The field is down to 16. Half of Friday's matchups pit South Suburban Conference foes against the Suburban East. There are only 32 teams in the newly formed large school division.

"I like the new format," Prior Lake coach Matt Gegenheimer said. "It's a little refreshing to play teams from another conference."

"All of our coaches feel confident in the strength of our conference," Gegenheimer said.

Prior Lake will play host to Woodbury (4-5) and Roseville (4-5) travels to Lakeville North. Fifth-seeded Roseville and Woodbury, seeded sixth, pulled off upset victories on the road.

"There is so much speculation because you don't know who you're going to play if there is an upset," Gegenheimer said.

"It's fun playing somebody you didn't anticipate playing," he said.

The other two matchups played out as expected. Eastview travels to Mounds View (8-1) and Rosemount goes to Stillwater (8-1).

"We made the move to the South Suburban three years ago, and it raised the standard for our kids," said Gegenheimer , whose Lakers previously played in the Missota Conference. "They had to learn to compete at a higher level. It helped our program raise the expectations."

In Class 5A playoff games Friday, top-seeded Apple Valley (7-2) plays host to Farmington (7-2) for the Section 3 crown and East Ridge (5-4) travels to St. Thomas Academy (8-1) with the Section 5 title on the line. Apple Valley is also a member of the South Suburban.

In Class 4A, Hill-Murray (7-2) will play at South St. Paul (8-1) in a matchup of Classic Suburban opponents for the Section 4 championship. The two Classic Suburban teams didn't meet during the regular season.

In Class 3A, sixth-seeded Jordan (3-7) will look to continue its improbable run against Providence Academy (7-2) in the Section 2 finals. Jordan only won one game during the regular season, 13-12 over Belle Plaine.

"I've been on both ends of the playoffs [as an underdog and favorite]," Gegenheimer said. "This time of year always brings a different type of excitement."