A North Shore high school running back has set a state record for points in a game and tied the single-game mark for touchdowns. 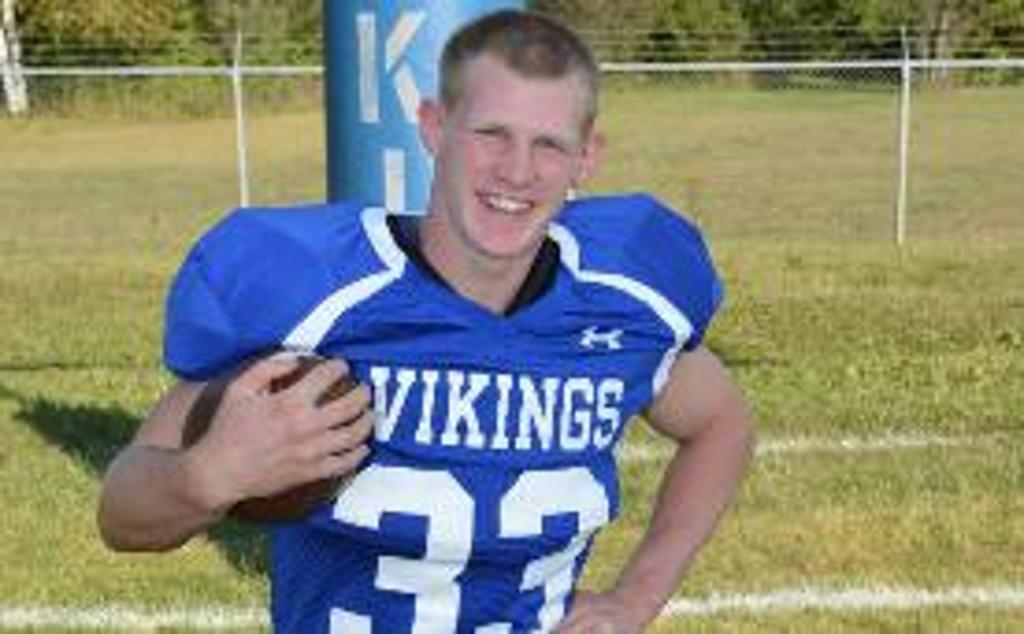 A North Shore high school running back has set a state record for points in a game and tied the single-game mark for touchdowns, with his last TD coming when his coach thought he had pulled him from the lopsided Class 1A playoff game.

The scoring mark of 50 points had been held by DeAngelo Brackins of International Falls, who set the mark in 2006 vs. Virginia, according to the Minnesota State High School League (MSHSL).

Warren ties the touchdown record held by Jerry Simonson, who scored eight times for Franklin vs. Echo in 1966, according to the MSHSL. Six others have scored seven TDs in a game, the most recent being this season by Alex Heigl, of Lester Prairie/Holy Trinity.

Soon after the start of the second half, with his team leading 54-0, Cook County head coach Mitch Dorr did all he could not to have his team run up the score any further on the rain-drenched field against a team that drove five hours for the game.

Dorr and his rival coach agreed to go to running time for the final two quarters, and Dorr started inserting many of his little-played freshmen into the game.

Dorr then saw one of his running back bust through for 23 yards, not realizing it was Warren scoring his eighth and final touchdown to cap Cook County’s second possession of the third quarter.

The coach said he asked Warren why he was still in the game: “ 'You don’t take me out, I’m going to keep running,’ ” Dorr said his star responded. “In hindsight, he shouldn’t have been in the game.”

Warren said Wednesday afternoon during a break in his study hall/conditioning session that the Cass Lake-Bena players “were really good sports,” despite the score.

“Some of them on the other team were congratulating me while we were untying our shoes near the lockerroom.”

For the night, Warren gained 271 yards on 20 carries. He also plays outside linebacker on defense for the school of 160 or so students.

“The kid has lived in the weight room,” said Dorr, who described Warren as a “very grounded Christian athlete” who hopes to study and play football at Bethel University in Arden Hills but is also looking at other faith-based colleges.