Edina isn't winning easily, so winning often will just have to do

Is it time to believe in Edina? 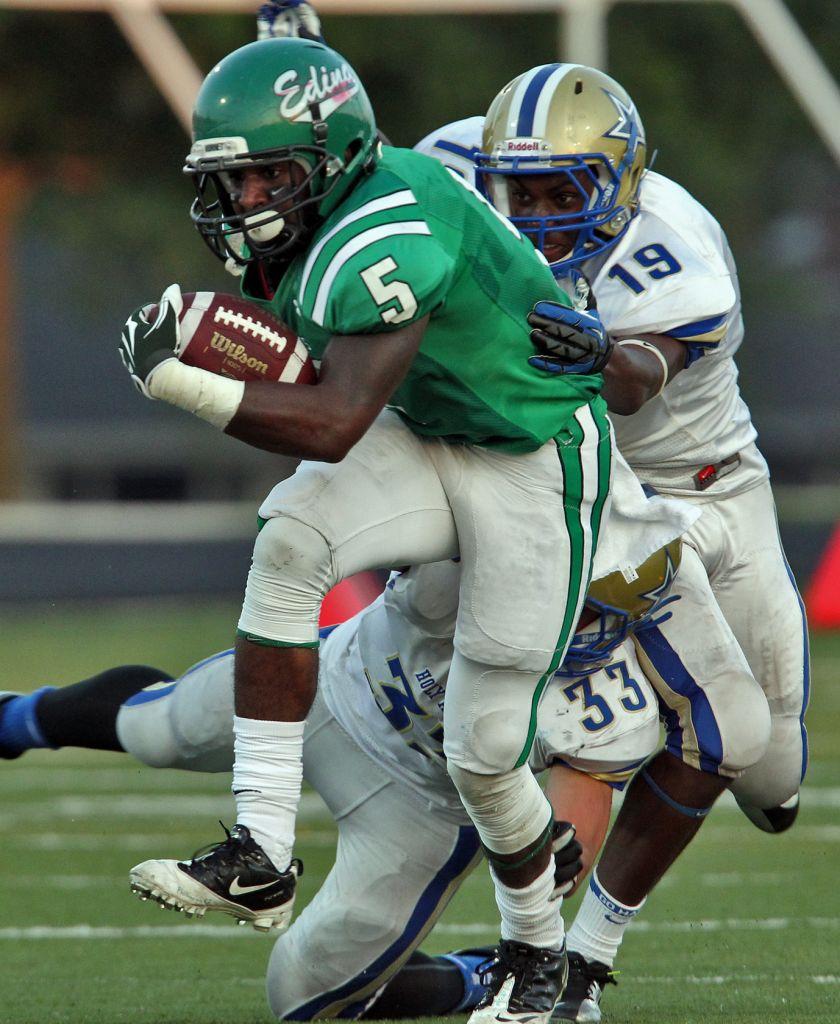 Is it time to believe in Edina?

While the Hornets (6-1) have not had a comfortable victory all season -- the average score is just 21-14 -- they've shown the ability to find ways to win, largely by relying on their defense.

Friday's 20-17 victory over Wayzata was proof.

After Wayzata had rallied to take a 17-13 lead in the third quarter, the Edina defense stepped up and held the Trojans in check for the remainder of the game. Wayzata, which lost a Lake Conference game for the first time since 2009, managed less than 100 yards of total offense.

The opportunistic Hornets then got the big play they needed when Marley Allison turned a routine pass from Mark Handberg into a 97-yard fourth-quarter touchdown.

Champlin Park rode a rollercoaster of emotions in the final minutes of Friday's remarkable 28-27 victory over Blaine.

The Rebels, who led 21-0 at halftime, thought they had won the game 21-19 when Blaine failed on fourth-and-5 with 1:37 left. But a late pass interference flag gave Blaine new life, which the Bengals turned into a go-ahead 33-yard touchdown pass on another fourth-down conversion with 50.4 seconds left.

Yet the Rebels were stressed again when Blaine marched to the Champlin Park 27-yard line in the final seconds, benefitting again from penalties. Blaine's Zach Wright nearly made a game-winning 44-yard field goal into the teeth of Friday's wind, but the kick fell inches short of the crossbar.

"I was holding my breath," Garrison said.

• Look out for East Ridge in the Class 5A playoffs. The Raptors are 3-3, but their losses have been by a total of 16 points to Cretin-Derham Hall, Mounds View and Stillwater.

1. Eden Prairie (6-0): The Eagles finish the season at home against Edina and Wayzata.

3. Wayzata (5-1): Injuries and a struggling running game are worrisome.

5. Lakeville North (5-1): Bounced back from its first loss with a solid if unspectacular victory over Burnsville.