Hoping to up their game

Minneapolis South, the city's only Class 6A school, wants to join the tough Lake Conference. 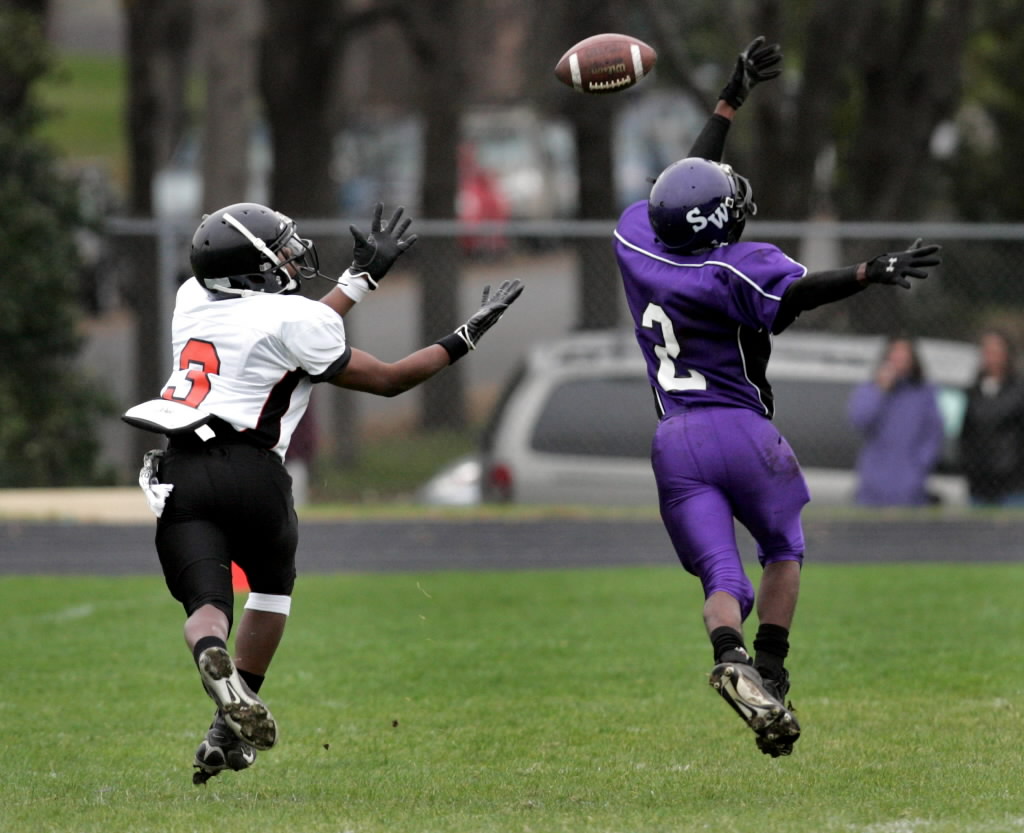 Minneapolis South, one of the oldest schools and football programs in the Twin Cities, plans to leave behind the Minneapolis City Conference for a chance to compete in the formidable Lake Conference.

South officials cited a need to keep up with change -- it recently was assigned to Class 6A with the state's biggest schools -- and a desire to rebuild its football tradition by playing stronger competition and retaining student-athletes who might otherwise leave for better programs. The football team would begin play in the suburban-based Lake Conference in 2013.

Playing a full schedule against the state's best teams is South's risky attempt of constructing a program worthy of its Class 6A status. South lost 62-20 at Eden Prairie last season and finished its season with a 2-6 record.

"It's a must for us," Tigers football coach Lenny Sedlock said of the move, which is awaiting approval. "There is nothing we can do about the class [change] but move on. To do that, we need to be in the Lake Conference."

In interviews this week, officials from both City and Lake conferences disputed the certainty of the South move.

"I don't think a school can just arbitrarily say 'we're going to do it' without getting some input," City Conference athletic director John Washington said. "It's been brought up, but nothing has been decided yet."

The five-team Lake Conference, featuring recent Class 5A football champions Eden Prairie and Wayzata, said it is considering adding South to its football schedule, but would need the approval of its superintendents before any decisions are made.

According to Sedlock and his administrators, the City Conference and Lake Conference will meet Tuesday to discuss plans, and a decision could be made by early August.

Sedlock said he has toyed with the idea of changing conferences for half of his 10 years as South coach.

Despite struggling to succeed against city schools, Sedlock and athletic director Mark Sanders have been unhappy ever since the Minnesota State High School League created five 11-man classes and put South in Class 5A for postseason play. This fall, the Tigers will be the only team in the seven-school City Conference in Class 6A. The other City schools compete against smaller schools all the way down to Class 1A.

The decision to finally take action came after the high school league included South in its 32-team Class 6A.

"People are buying into it, and it's rejuvenated the student-athlete," Sedlock said. "It's a nice buzz in the air."

Washington said that's all it is. He confirmed that South had approached the Minneapolis School District about its intention to leave and talks have begun. To Washington's understanding, such a move would require approval from the district offices.

Sedlock said he and Sanders believe they need no consent and the discussions are in the final stages, but would like the City Conference's blessing. South has been in regular contact with Lake Conference officials and recently met with the five athletic directors of Eden Prairie, Hopkins, Edina, Wayzata and Minnetonka.

Lake Conference football coordinator Dan Johnson of Hopkins said he was interested in what South had to say but referred to the talks as "little conversations."

"We're a long ways to having anything like that wrapped up," Johnson said.

The idea of expanding the conference to six, eight or even 10 schools has been considered by the Lake athletic directors. Adding one school would eliminate the recurring need for member schools to travel outside of Minnesota to fill schedules.

Johnson said there has been consideration of adding South to the Lake Conference schedule without requiring it to be a conference member.

South never has won a state title and struggles against much smaller schools. The Lake features schools that have been in the past eight state finals and won seven of them.

But South officials view the move, which they hope to expand to all sports, as a long-term investment. They believe it will expose student-athletes to the best facilities and competition in the state and provide them with national exposure for college coaches. It also will help raise funds to improve its football stadium, the only Class 6A facility in the state without lights or a press box.

The last time the Tigers won a game outside of conference play was in the 2007 season against St. Paul Highland Park. They tied for a conference title in 2010.

Minneapolis Washburn coach Giovan Jenkins said he understands the thinking behind playing schools in the same class but called it a "bad idea." He said it would even be a stretch to think any of his 11 consecutive City Conference championship teams could compete in the Lake.

"The kids would probably be demoralized," Jenkins said. "They wouldn't have many opportunities to win because of the sheer size and talent of the conference. Maybe a different conference."

"They are a 6A school and then they've got to start acting like one," Grant said about what he remembered of South's reasoning for the change. "Tougher competition will attract kids and keep kids at South. I really give them credit for thinking about making their program better."

In the past, Lake Conference schools paid teams to add them to their schedules. South officials said there as been no discussion of compensation for the urban school to play in the league. South hopes the hype surrounding the big suburban schools will bring excitement back to South and provide an opportunity for the community and school district to show it still is among the best in the state.

"Change is tough. It will take work and time," Sedlock said. "I can understand [the skeptics]. But if we don't try, we don't know."