Trey Heid and Matt Heller, rivals during the season, reunited to supply some big plays that beat the North. 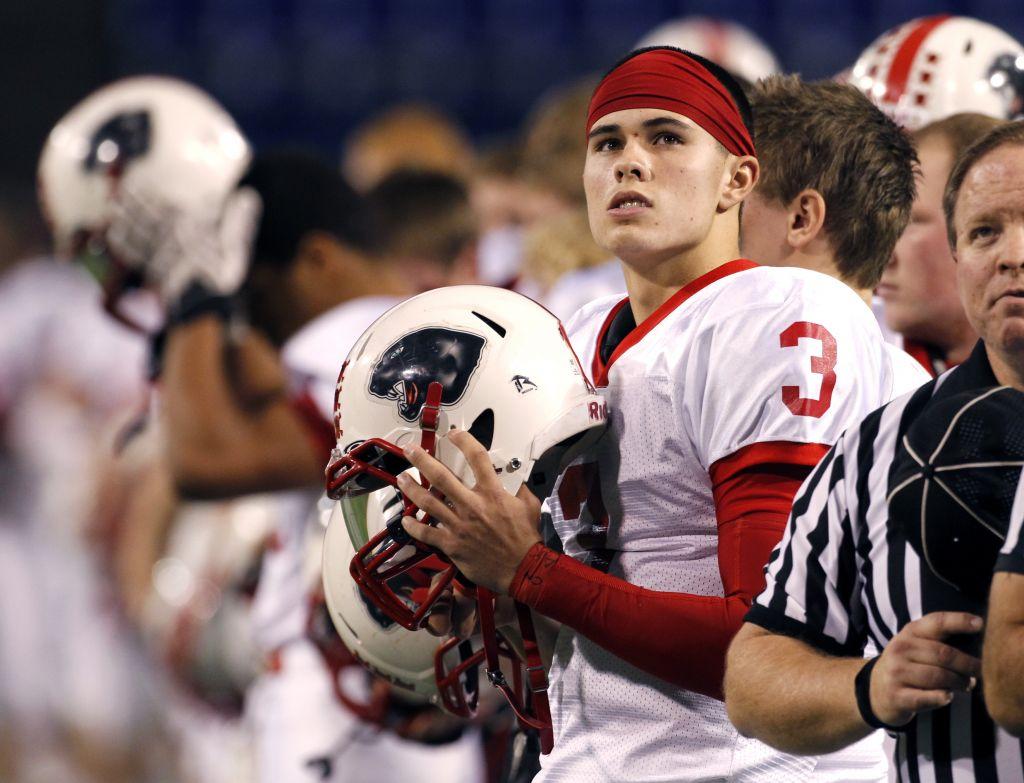 ST. CLOUD - For more than 10 years, they were best friends. Then they were rivals. Now they're buddies again.

Lakeville North's Trey Heid and Lakeville South's Matt Heller, who had been on opposite sidelines for the past four seasons, merged seamlessly for the Minnesota High School All-Star football game, leading the South team to a 33-21 victory over the North on Saturday at sweltering Husky Stadium.

Heid, the 2011 Metro Player of the Year, earned the South's Offensive MVP award, completing five of 10 passes for 132 yards and kicking three extra points. Two of those completions went to Heller for 69 yards and a touchdown.

The South's victory evened the series at 9-9-1.

Following a North fumble on its first play from scrimmage, Heid gave the South a 6-0 lead on an 8-yard fade to Heller. Hooking up came as no surprise to either player, who both have committed to play at Augustana (S.D.) next season.

"When I moved to Lakeville, Trey was the first friend and best friend I had," Heller said. "We always said we're going to play together in college, so it was great to get out there on the same team."

The South took advantage of another North fumble and increased its lead to 12-0 on a 1-yard run by Marshall's Beau Bofferding.

The North regrouped and rallied, taking 15-12 lead on an 11-play, 75-yard drive to open the second half. Detroit Lakes quarterback Joe Mollberg capped the march with a 1-yard TD run.

But another North mistake sapped much of its momentum. The North botched a surprised onside kick on the ensuing kickoff, giving the South the ball on the North 36.

The South regained the lead 19-15 on an eight-play drive engineered by Eagan quarterback Drew Bauer, who split series with Heid. Bauer rushed four times for 27 yards on drive, and the South took the lead for good on a 1-yard run by Beau Stough of Redwood Valley.

"At halftime, we came together and knew what we had to do," Bauer said. "They got that first one, but our passion for the game took over."

The South scored two touchdowns in less than two minutes to seize control thereafter. The first, a 1-yard run by Chanhassen's Maverick Edmunds, was set up by a 61-yard pass from Heid to Heller to the 1. The second, a 2-yard run by Bofferding, followed North's third turnover, a Mollberg interception that Simley's Darion Fletcher returned 30 yards to the North 37.

"I wanted to score on that one," Fletcher said. "I was looking to do a 'Deion', but I stepped out."

After the game, Heid said he had looked forward to once again seeing Heller as a friend instead of a foe.

"I know what he can do and he knows what I can do," Heid said. "I'd be lying if I said I wanted him to be successful when we played, but I was always cheering for him against everybody else."

The North's first touchdown was a 23-yard pass from Rocori's Nate Meyer to Bemidji's Cody Rutledge. Meyer and Rutledge were on opposite sidelines in the Class 4A state championship game, which Rocori won 17-10.

"What made it even funnier was that we were roommates all week before the game," Meyer said. "But there was no hard feeling. We hit it off right away."