New London-Spicer defeats Milaca for the second time this season, moves on to state semifinals

The Wildcats scored 18 unanswered points en route to their 18-14 Class 3A quarterfinal victory. 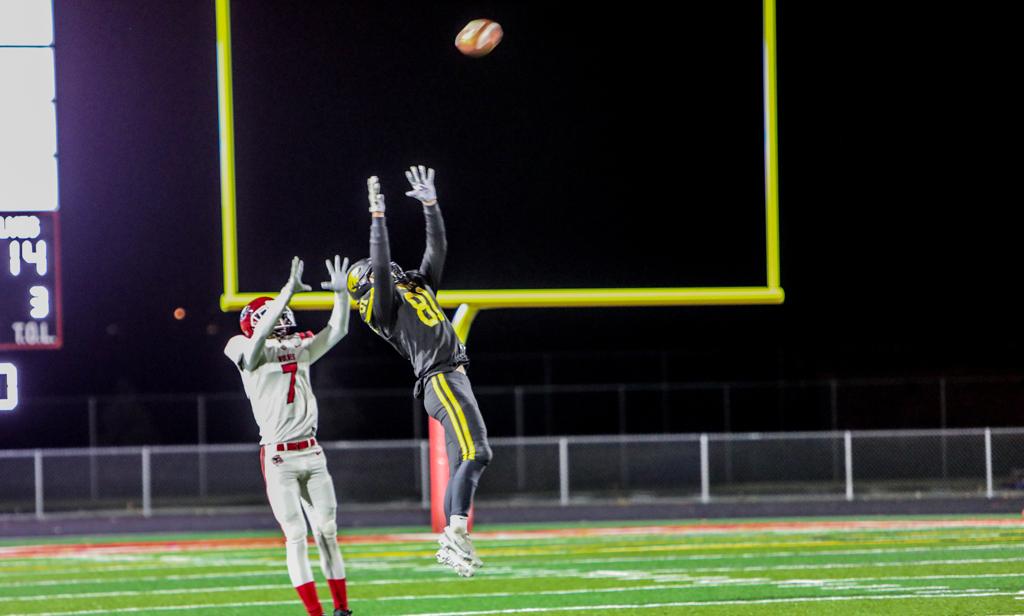 New London-Spicer found itself in a familiar spot at halftime on Thursday night. The Wildcats fell behind early and trailed 14-6. So what does the coaching staff tell the team at halftime while trailing once again this postseason? New London-Spicer head coach Chad Gustafson preached resiliency.

“First thing we talked about is you’ve got to keep believing, because we’ve been down now three times in the playoffs, and we’ve been able to come back,” Gustafson said.

The Wildcats came through again, this time scoring the go-ahead touchdown with 7:37 left in the game to take an 18-14 lead. That score held up as the final as New London-Spicer defeated Milaca in the Class 3A state quarterfinals Thursday night at Jerry Schempf Field at Elk River High School. 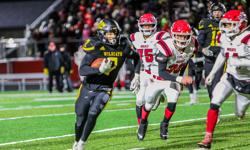 The Wildcats really took control in the second half. Facing a fourth-and-five on the 22-yard line, the Wildcats went for it. They deviated from the standard running game as sophomore quarterback Blake Schultz threw a pass to junior running back Mason Delzer for a 22-yard touchdown to make it a 14-12 game.

“We’ve been down before, and it’s just a confidence thing,” Delzer said. “Believing that we’re better and just having faith in the person next to us. Our defense was stopping them; we just had to trust our offense to get the job done. And that’s what we did.”

New London-Spicer got the ball back quickly after another defensive stand. They did what was working for them: handing the ball to Delzer. He helped the Wildcats reach near midfield before a penalty brought them back to their own 40-yard line. Facing a second-and-17, the Wildcats went to the air again. Schultz found junior Grant Paffrath wide open in the middle of the field. Paffrath caught the pass and ran into the endzone for a 60-yard touchdown and the lead.

“I saw the safety roll over to Mason, and I was wide open down the middle,” Paffrath said. “And Blake threw a great ball to me, and [the defender] missed a tackle, and I was off to the races.”

Milaca got the ball back two more times but failed to get another first down as the clock wound down. Senior running back Jack Schoenborn finished the night with 160 yards on 28 carries and two touchdowns, including his 68-yard touchdown run to open the scoring in the first quarter. But the New London-Spicer defense held him to 25 yards in the second half.

On the other side, Delzer rushed for 30 yards in the first half but ended the night with 118 yards on 26 carries.

“He gets yards when you don’t think he’s going to get yards,” Gustafson said. “He’s got a really unique style of running. When he’s attacking the hole, he makes great cuts. Gets a lot of the yards after contact is made on him.”

The Wildcats (9-2) move past the state quarterfinals for the first time since they finished as the Class 3A runner-up in 2014. They lost in last year’s state quarterfinal when Esko scored the winning touchdown with 15 seconds left in the game.

“That’s the frustrating thing,” said Milaca coach Craig Talberg. “We figured if we played this team 10 times, we’d each win five. We match up well with each other.” 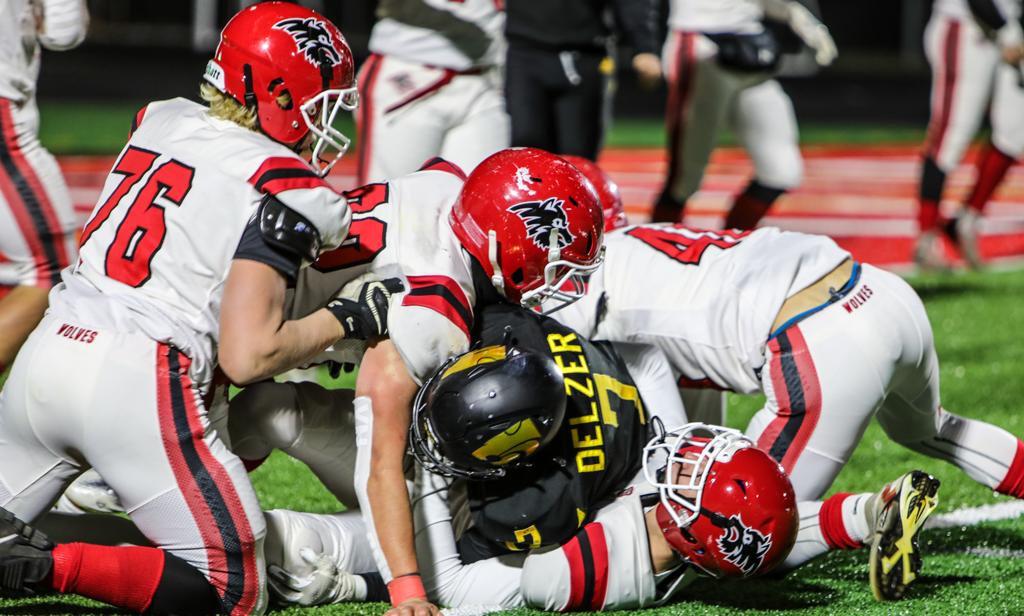 Stifled by the opposing defense in the first half, New London-Spicer rallied with two touchdowns in the second half to defeat Milaca 18-14 in the Class 3A state quarterfinals Thursday night at Jerry Schempf Field at Elk River High School.

Milaca grabbed a 14-0 lead in the first half, a gap New London-Spicer closed to 14-6 by halftime. The Wildcats took the lead with 7:37 to play in the fourth quarter on a 60-yard touchdown reception by Grant Paffrath.

The Wildcats (9-2) move past the state quarterfinals for the first time since they finished as the Class 3A runners-up in 2014. They lost in last year’s state quarterfinal when Esko scored the winning touchdown with 15 seconds left in the game.

Milaca’s only two losses this season came at the hands of New London-Spicer. The Wolves (9-2) lost to the Wildcats on Oct. 7 by a 44-36 margin. 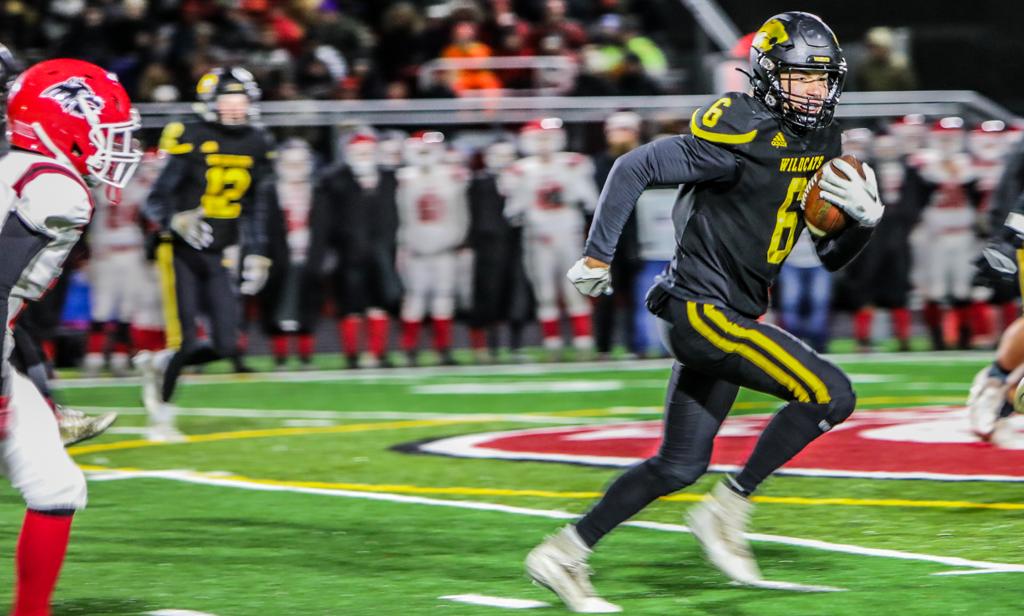 New London-Spicer's Gabe Rohman (6) runs against Milaca during the Wildcats' 18-14 victory. Rohman scored one touchdown in the win on a 43-yard reception. Photo by Aiyanna Taylor, SportsEngine