Effect of top quarterback's ejection from semifinal plays out for Chatfield

The team is preparing a sophomore QB while family seeks injunction to allow usual starter to play. 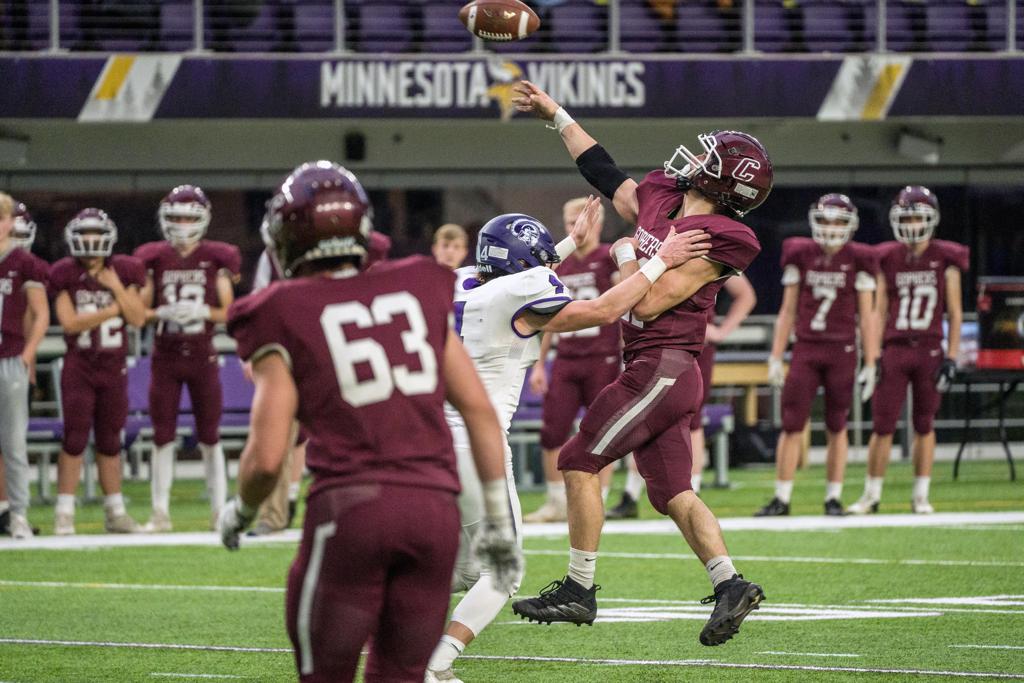 Losing a player as valuable as a starting quarterback before the state championship game is the type of headache most coaches would rather not have.

Chatfield coach Jeff Johnson admits that losing Sam Backer, his star junior quarterback, to a suspension brought about by two unsportsmanlike-conduct penalties in the Class 2A semifinal victory over Barnesville is far from optimal, but he’s also confident his team has the mind-set to overcome the loss.

Chatfield will play West Central Area/Ashby at 1 p.m. Friday in the Class 2A championship game.

“These kids are resilient, and they’re very competitive in everything they do,” Johnson said. “But you can’t just replace a special talent like Sam Backer. Everyone is going to need to take a couple of extra steps, do a little bit more.”

Backer was a running back before the season but stepped in when a knee injury sidelined the starting QB early. A strong runner with a sneaky-good arm, Backer rushed for more than 2,300 yards and helped the Gophers to 11 straight victories heading into the state semifinal.

Backer was disqualified from the rest of the semifinal when he drew his second unsportsmanlike-conduct penalty in the third quarter. By rule, that second foul leads to automatic disqualification for the remainder of the game along with the next one, meaning Backer is forced to sit out the rest of the season.

His father, Scott, hired an attorney and filed a lawsuit in hopes of getting a U.S. District Court judge to rule in his favor and lift the suspension, allowing him to play. The attorney, Charles Maier, told the Rochester Post Bulletin that the matter had been taken under advisement and that a ruling would be issued by 10 a.m. Friday.

Regardless, Chatfield is moving forward. The Gophers closed ranks and rallied to beat Barnesville 22-18 without Backer. Sophomore Parker Delaney took over at quarterback and led Chatfield with a pair of touchdown passes, the last one coming with just 1:26 left in the game.

Johnson said Delaney would be the starter in Backer’s absence.

“He’s a pretty stoic kid,” Johnson said. “He doesn’t really wear his emotions on his sleeve. His personality helped him in that situation.”

Chatfield’s dominance this season has played a role in Delaney’s comfort level. Because the team won so many games by large margins, Delaney played significant minutes in relief of Backer. That, Johnson confirmed, helped develop Delaney’s game.

“He’s a 10th-grader, so we’re going to have to assume he’s going to make his fair share of mistakes, but he’s shown great composure,” Johnson said. “We’re going to have to do some things to simplify the playbook for him, but the biggest thing will be to keep his confidence up. We’ve got some really, really competitive kids. This will be their chance to rise up and show how good of a football team we are.”