The road to the Prep Bowl begins Tuesday, and circumstances leading to a team's playoff seed often dictate the reaction of a coach or a team. 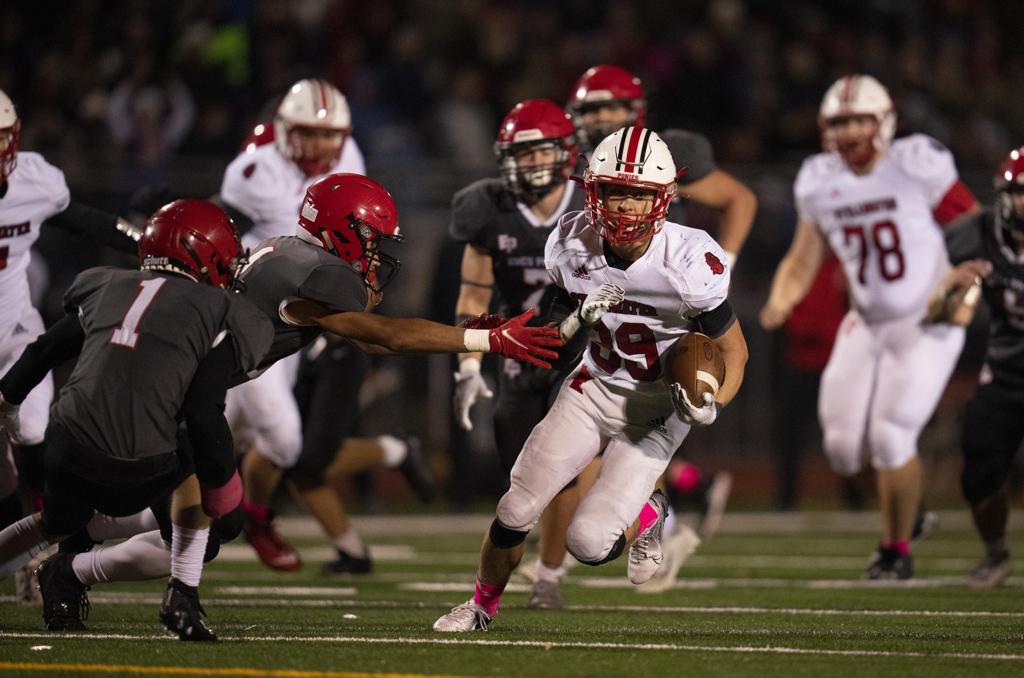 Eden Prairie and Stillwater played down to the wire on Thursday night. The Eagles won to knock off the previously undefeated Ponies. Both teams received a No. 1 seed. [Jeff Wheeler, Star Tribune]

Not all football section seedings are the same. A team can have an identical record and earn the same seed as another, but circumstances often dictate the reaction of a coach or a team.

Pirates coach Jordan Sallis said he was “very happy we earned a No. 2 seed.”

“We get a first-round bye for the first time in my 15 years coaching here,” Sallis said. “It means voters see us as a team that competed well all season with a high-end offense, and we’re being rewarded for that. We’re really confident right now.”

At Dassel-Cokato, the Chargers’ 8-0 record was only good enough for a No. 2 seed, behind also undefeated Providence Academy in Class 3A, Section 2. No problem. While they may have performed well enough to deserve a top seed, coach Ryan Weinandt doesn’t see the No. 2 seed as a slap in the face.

His section is one of the most competitive in the state with five of the seven teams going into the playoffs with winning records.

“Seeds aren’t going to matter once you get to the semifinals. It’s going to be two tough games, no matter what the teams are,” Weinandt said. “And the final is at a neutral site, so getting the No. 1 seed is no huge clear advantage.”

Weinandt said that the most important thing is that every team in the state gets a chance to make the playoffs.

“That lets us rest guys a little bit more knowing that everyone makes the playoffs,” Weinandt said. “We can hold guys out a little more to get healthier and not have our players play as many snaps knowing we don’t have to play our very best to get there.”

Class 5A, Section 2 is much the same. Five of the six teams have records of 6-2 or better, with two unbeatens in Mankato West and Chaska, which are ranked No. 1 and No. 4 in the Associated Press poll, respectively. The No. 6 seed Waconia is 3-5.

Class 6A takes a much different approach with a 32-team bracket with schools representing four districts (3, 4, 5 and 6) throughout the bracket. The four No. 1 seeds come as no surprise — Lakeville South, Eden Prairie, Maple Grove and Stillwater. They were the top four teams in order in the most recent rankings.

Even Class 6A though might leave fans scratching their heads when they see Farmington and St. Michael-Albertville as No. 2 seeds from District 3 and 5. Both finished 4-4 and lost to District 6, No. 4-seed Wayzata by at least two touchdowns.

Matchups may vary in the degree of difficulty around the state come playoff time, but this time of year you have to go through them all to reach the ultimate goal — a state championship.