Tyler Von Bank finished Wednesday’s regular-season finale with two touchdowns, a sack and an interception in the White Hawks’ win. 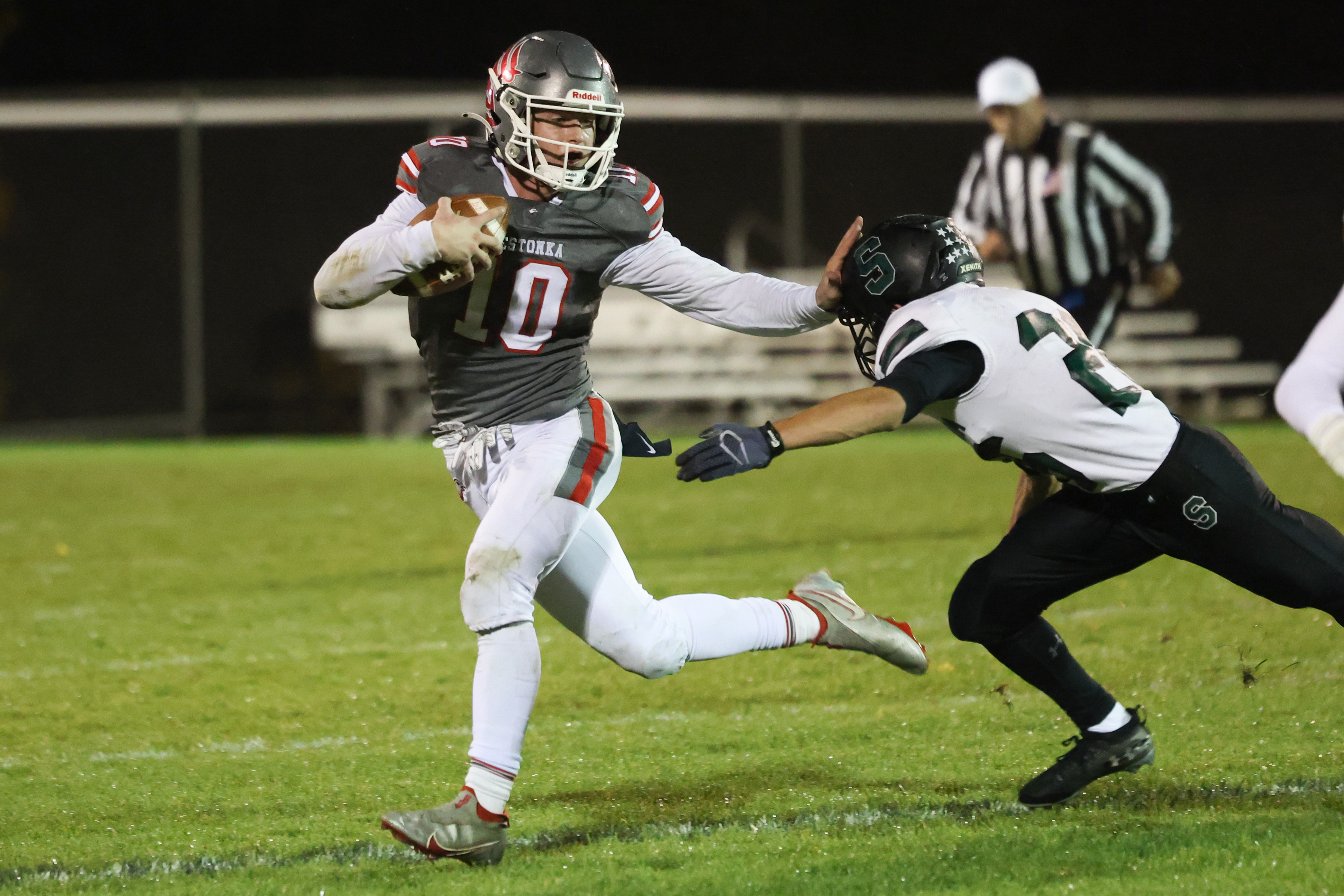 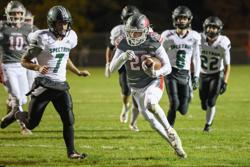 If there was a big play for Mound Westonka during Wednesday’s game, it likely involved senior Tyler Von Bank.

On his 18th birthday, Von Bank registered a rushing and receiving touchdown. Defensively, he finished with a sack and an interception. All of it helped Mound Westonka finish off a 28-0 victory.

This Swiss Army knife role is nothing new for Von Bank. He’s done this all season. His duties include part-time quarterback, wide receiver, linebacker, punter and more.

“In 13 years of coaching, Tyler Von Bank is one of the most special players I’ve ever coached,” Mound Westonka coach Nick David said. “He’s a selfless player. All he wants to do is win.”

Offensively, he helped lead the way with a 24-yard touchdown pass in the first half. Taking a snap late in the third quarter, he scored on a 10-yard run for his second touchdown of the day. Junior running back Tyler Albert was the main source of offense for the White Hawks. He finished the day with 125 yards on 18 carries.

The win gives the White Hawks their third undefeated regular season since 2015. Mound Westonka will enter the Class 4A, Section 6 tournament likely as the top seed looking for its first-ever state tournament appearance.

“We know that the Oronos and Delanos in our section play a tough, physical schedule,” David said. “We’re going to have to match that.”

Playing in cold and wet conditions, Mound Westonka finished its third unbeaten regular season since 2015 as the White Hawks controlled the game and defeated Spectrum 28-0 at Mound Westonka High School.

Mound Westonka (8-0, 3-0) set the tone with a first drive featuring only runs from junior running back Tyler Albert. He carried the ball four times on the opening drive, capping it off with a one-yard run to put the White Hawks ahead early in the first quarter. Albert finished the game with 125 yards on 18 carries.

The rest of the game saw plenty of senior Tyler Von Bank starring for the White Hawks, ranked No. 3 in the latest Class 4A coaches’ poll. He finished the game with a sack and an interception on defense. Offensively, he had a 24-yard touchdown reception in the first half. He wrapped up the third quarter with a 10-yard rushing touchdown of his own.

Junior running back Fletcher Anderson also scored on the ground for the White Hawks.

Spectrum (5-3, 4-2) found little success on offense. The Sting’s quarterback, junior Tanner Gangl, was the shining star for Spectrum. Despite poor conditions, he finished 7-for-15 for 86 yards.