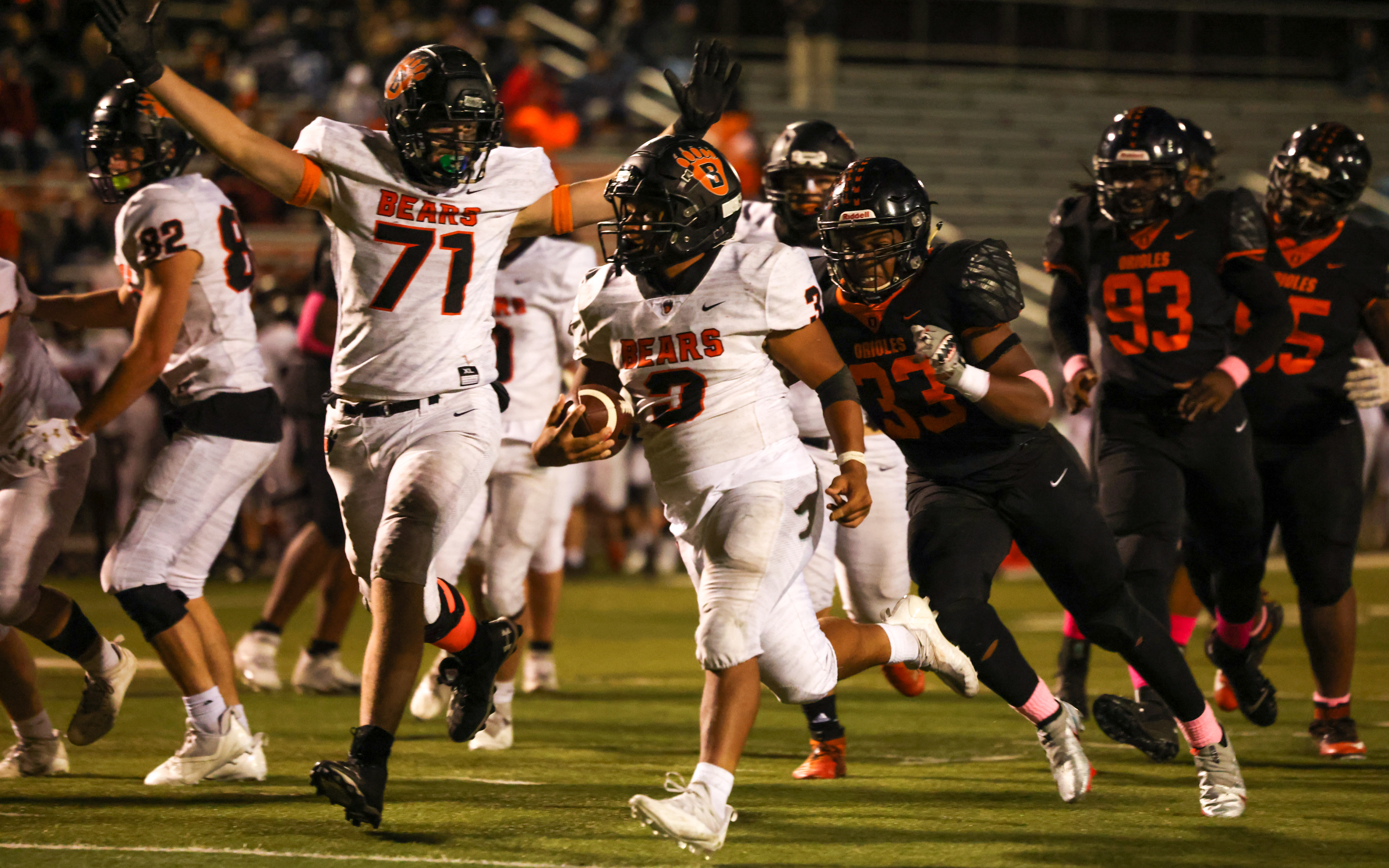 It doesn’t always take all three phases of the game to show up to win a football game, but that’s what was needed for White Bear Lake on Friday night.

The offense didn’t have much trouble, as it scored 26 points in White Bear Lake’s 41-27 win over Osseo. The dynamic rushing duo of Anthony Lewis-Royal and Rayshaun Brakes was the highlight, as they combined to run for 209 of the Bears’ (5-2, 4-1) 254 rushing yards. They also scored all four offensive touchdowns. Lewis-Royal found the endzone three times and Brakes added one. 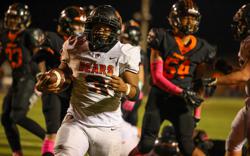 “Anthony sets everything up for the offense, everyone watches him,” Brakes said.

Brakes came through with the big special teams play as well, as he opened the second half with an 80-yard kickoff return to the house.

After his eyes got him to some open space, there was no doubt his speed was going to be able to get him into the endzone.

The final phase was defense, which had a shaky night. White Bear Lake started the game well, shutting the Orioles (4-3, 3-2) out before giving up a 65-yard touchdown run to Cade Fitzgerald near the end of the first half.

“The second half they caught us a little flat-footed, then we lost some momentum, a couple things happen here and there and before you know it, it’s like ‘holy crap’,” Bartlett said.

Despite the defensive shortcomings in the second half, which Bartlett credited to the offensive talent of the Orioles, they were able to make the play to seal the victory.

After the Bears got stopped on fourth down to end a promising drive, Michael Delaney recovered a fumble and brought it back for a 19-yard touchdown to cap off a complete team performance.

“I think we learned that we have to close a little better and I think we also learned that when something bad happens, the other side’s gotta pick them up,” Bartlett said. The lessons were similar on the other side, as Osseo head coach Ryan Stockhaus knew his team’s mistakes cost them a win.

“That’s a gut-check game for us. I think that’s a winnable game. It’s against a really good team, but you can’t make those kind of mistakes against a good football team,” he said.

While this is a tough loss to take, it is a sign of progression for the Orioles over the past few years.

“Last week you beat an East Ridge team in overtime and we’ve had teams that would’ve quit and given up before. And tonight once again it could’ve been easy to put your head down and let the game go, but you fought, you battled to get back in it.” 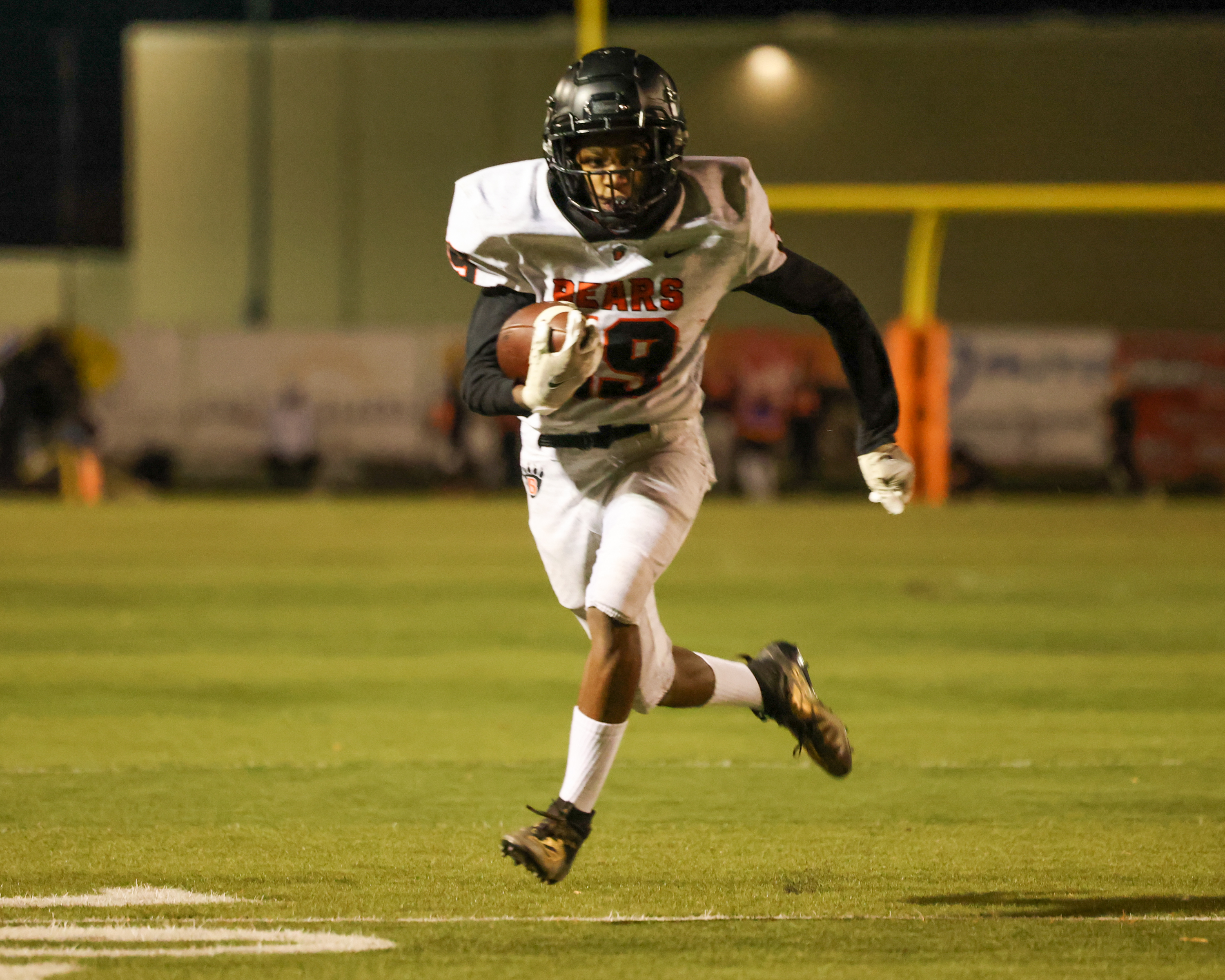 White Bear Lake was able to hold off a second-half comeback attempt by Osseo on Friday night and come away with a 41-27 victory on the road.

That changed when Cade Fitzgerald ripped off a 65-yard touchdown run late in the first half to get the Orioles on the board.

The momentum swung back to the Bears right away after halftime, as Rayshaun Brakes returned the second-half kickoff 80 yards for a touchdown.

The Orioles were able to respond with three straight touchdown drives, all three capped off by TJ Clay rushing touchdowns. Clay  finished the game with 91 rushing yards. Anthony Lewis-Royal was able to match Clay with three scores himself and 111 rushing yards for the Bears.

After all of the offense, the Orioles were able to make a stop on fourth down to give their offense a chance at a game-tying drive. Instead, Michael Delaney came up with a 19-yard scoop-and-score to secure a win for the Bears. 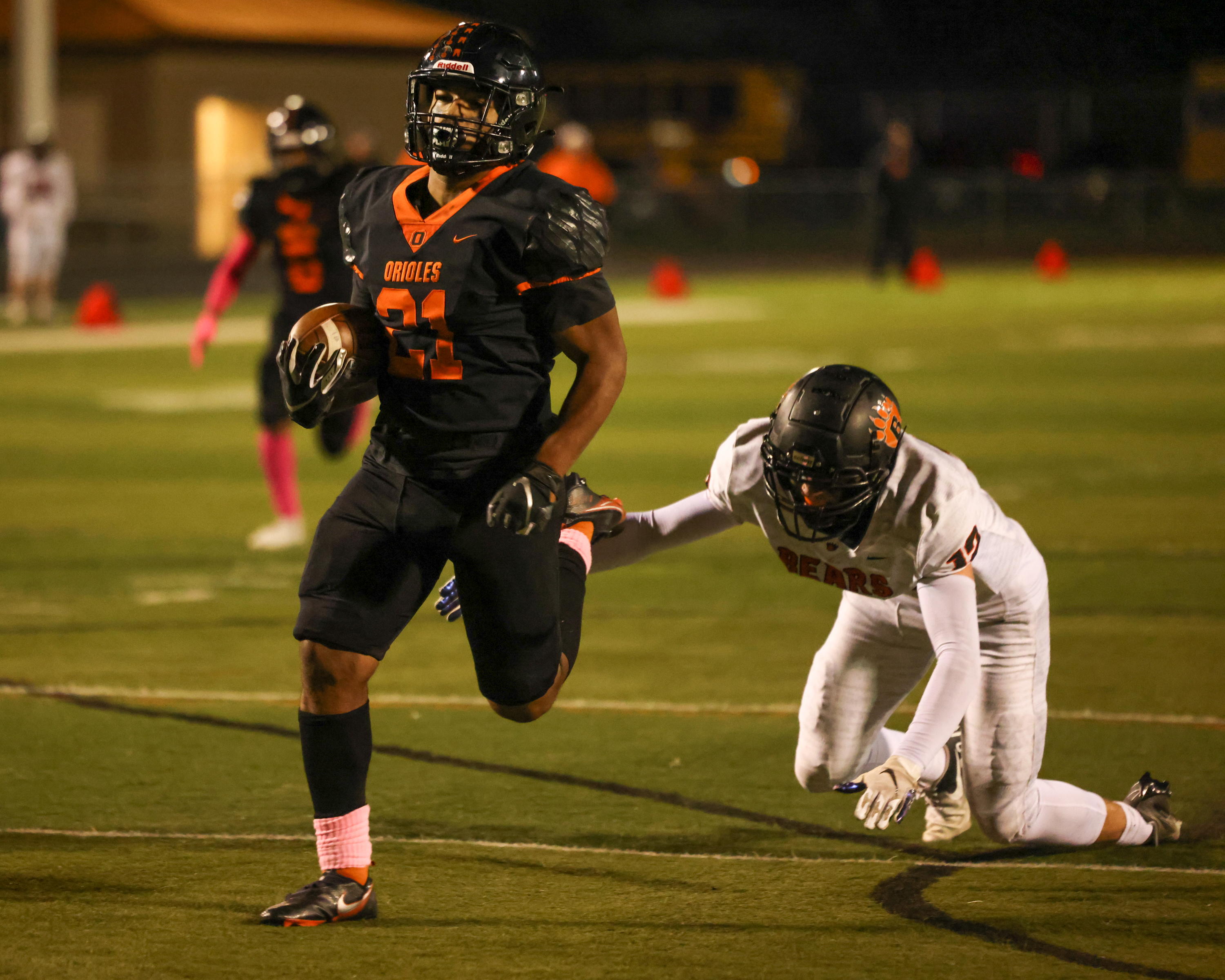