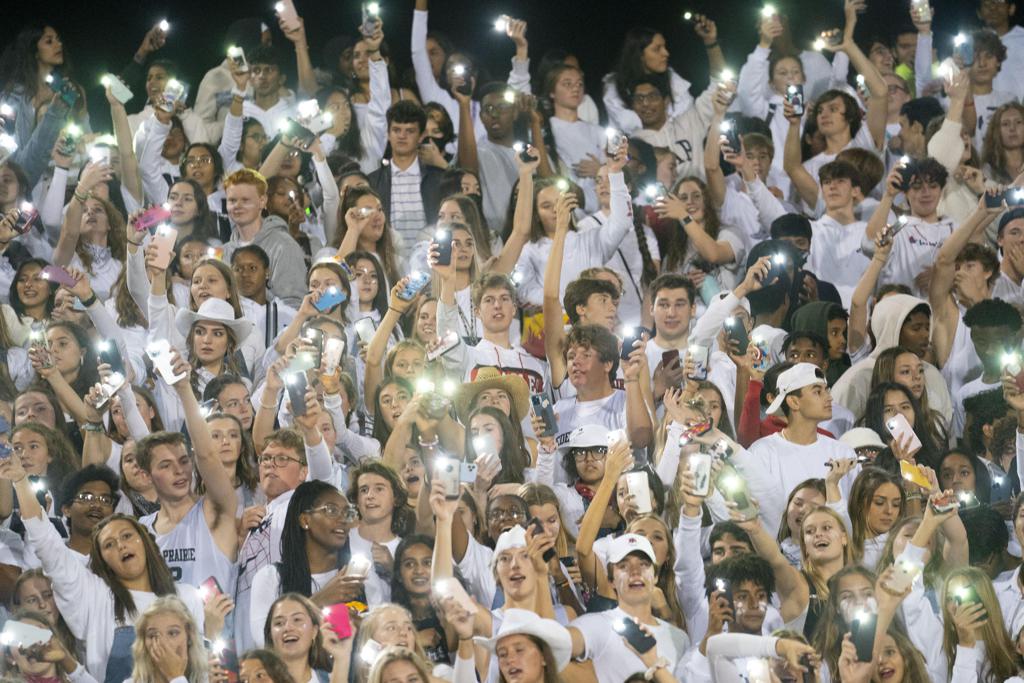 Elk River withstood a fourth-quarter comeback by the Moorhead Spuds to hold on for a 50-46 victory on Friday night in Moorhead.
The loss ended an 11-game winning streak — dating to 2019 — for the Spuds. The Spuds (4-1), ranked No. 4 in Class 5A, The Spuds, who were 7-0 last season, lost to Elk River, 58-55, in the Class 6A playoffs in 2019.
Elk River (4-2) opened a 43-27 lead early in the final quarter on Dylan Rogers’ 11-yard touchdown run.
The Spuds pulled within 43-33 with 8 minutes, 27 seconds left, but less than a minute later Rogers ran 55 yards for a touchdown. The PAT gave the Elks a 50-33 lead with 7:36 to play.
Moorhead scored twice in the final five minutes — on TD passes thrown by sophomore Griffin Quade — to get within four points.
Rogers rushed for four touchdowns and teammate Cade Osterman scored on runs of 50 and 63 yards as the Elks rushed for 470 yards.
Karson Wendt’s 75-yard punt return early in the second quarter gave the Spuds a 21-14 lead. The score was tied 21-21 at halftime. Quade passed for 218 yards and three touchdowns.
Armstrong 43, Apple Valley 0: Jamen Malone passed for 197 yards and three touchdowns and Ernest Evans rushed for 124 yards and two touchdowns to highlight the Falcons’ victory over the visiting Eagles. Malone threw two touchdown passes as the Falcons built a 34-0 lead at halftime.
Chanhassen 27, Waconia 0: Junior Grant Muffenbier rushed for two touchdowns and threw two TD passes — including a 95-yarder to junior Josh Och — to fuel the Storm victory over the host Wildcats. Och’s touchdown midway through the second quarter made it 14-0.
Fridley 49, St. Paul Johnson 7: Junior M.J. Newton threw four touchdown passes — three to senior Devin Williams — to lead the host Tigers, ranked No. 10 in Class 4A.
Holy Angels 49, St. Louis Park 25: Emmett Johnson rushed for 411 yards and five touchdowns to lead the Stars, ranked No. 6 in Class 4A, past the the visiting Orioles. Johnson scored on runs of 3 and 65 yards in the third quarter as the Stars extended their halftime lead of 21-13 to 42-19. Johnson, a senior, has rushed for 1,453 yards, which leads the Metro area. Aaron Boarman rushed for 146 yards and two touchdowns for the Stars. William Dvorak threw two TD passes and ran for a touchdown for the Orioles.
St. Michael-Albertville 44, Champlin Park 8: The host Knights, ranked No. 10 in Class 6A, scored 21 points in an 8½-minute span in the first quarter against the Rebels. Senior Max Keefer rushed for three touchdowns — all in the first half — for the Knights, who led 31-8 at halftime.
Watertown-Mayer 26, Litchfield 7: Keagan Brassington returned the opening kickoff 73 yards for a touchdown to spark the host Royals past the Dragons, ranked No. 3 in Class 3A. The loss was the first of the season for the Dragons.

Noteworthy
Carson Hansen rushed for 260 yards and three touchdowns and set the school record for career rushing touchdowns in Lakeville South’s 25-13 victory over visiting Prior Lake on Thursday. Hansen scored on runs of 65, 4 and 63 yards to increase his career total to 25, breaking the previous school record of 23. On the season, Hansen has rushed for 1,053 yards and 12 touchdowns for the Cougars, the top-ranked team in the Metro Top 10.