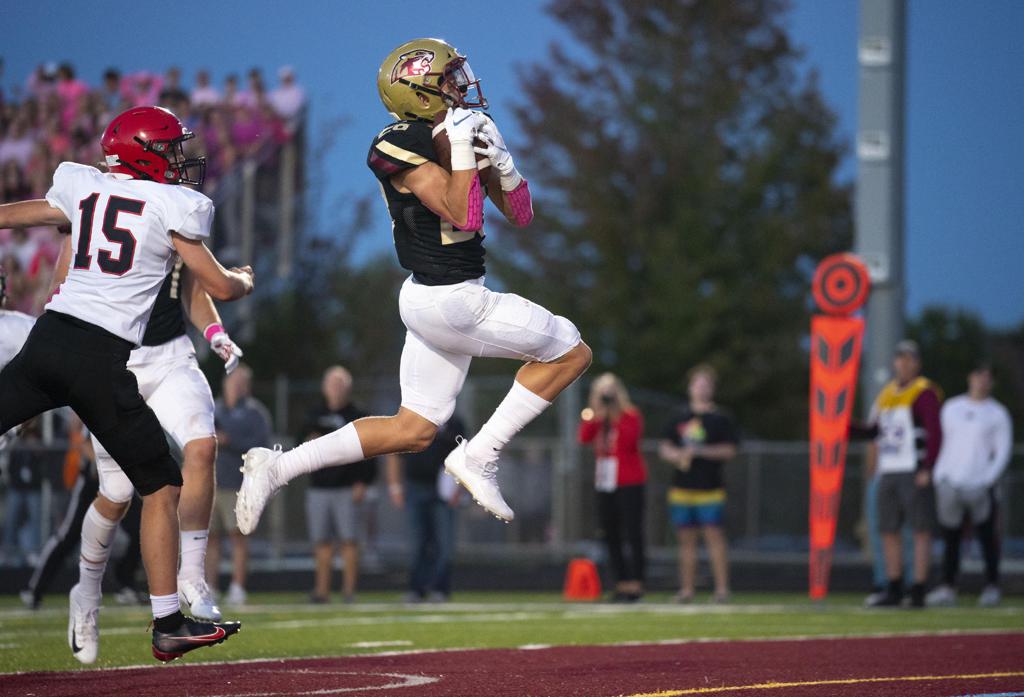 “I put a note on their lockers that said, ‘Make something happen,’ ” Burk said.

The top-ranked Cougars responded with a 42-7 takedown of second-ranked Eden Prairie, turning an anticipated Class 6A matchup into a rout. South’s portion of a crowd approaching 6,000 in Lakeville loved every minute. So did the players.

“We made it happen all around; I’m super proud of our team effort,” senior quarterback Camden Dean said.

“Running the power-T, a lot of people think we can’t throw it,” Dean said. “When we get up to the ball and the defense tells us, ‘Throw the football,’ our response is, ‘You better hope we don’t throw the football.’ ”

Dean finished an efficient 6-for-7 for 88 yards. The player responsible for the most damage, Hansen, put the wow in the Cougars’ power-T. He carried 16 times for 202 yards and three touchdowns. Two of those scoring runs covered 64 yards apiece.

Burk once hailed Hansen as the program’s new Johnny Shabaz, good company considering Shabaz graduated in 2019 as a Star Tribune All-Metro second-team running back. He spoke to his former team before Friday’s game, wishing players luck but never imagining the lopsided outcome.

“I thought it was going to be closer than this,” Shabaz said. “But the boys showed their hearts.”

Disbelief was a common theme after the game.

Eden Prairie (2-1), which over the years has forced so many overmatched teams to pick up the pieces after an early season blowout loss, must now search for its own answers. Little went the Eagles' way beyond a 92-yard kickoff return for a touchdown by senior Logan Gareis.

“We’ll be fine,” said Grant, noting his entire starting offense is new. “We didn’t play well, and the biggest reason is that they played really well. They did what we normally do.”

“We had a big, emotional game win last week,” Burk said of his team’s shutout of rival Lakeville North. “To back that up with another big, emotional win is hard to do.”