Week 2, as usual, brings validation to the speculation 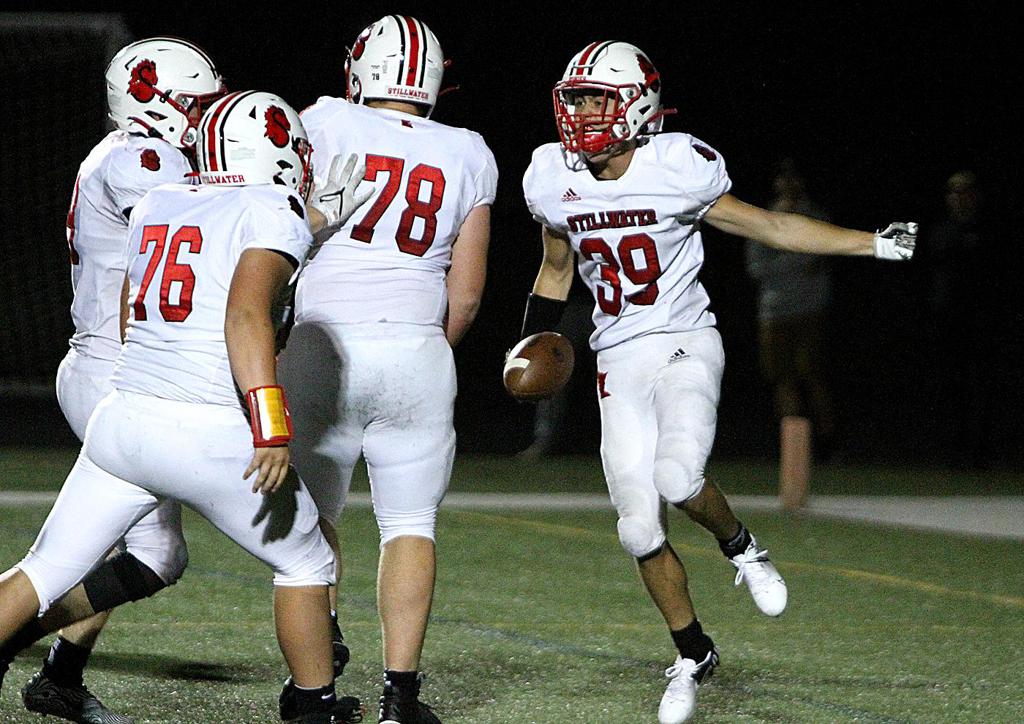 Stillwater is 2-0 and ranked 10th in the Metro Top 10. DREW HERRON, SportsEngine

A little about rankings.

What they say before a season, at any level, is obviously speculation. There are good reasons behind where a team is placed before they’ve played a game, like program strength, veteran presence and star players, but honestly, preseason rankings mean little.

After one week, truths begin to form. But do results after one week really tell the whole story? After all, once performances can be accurately evaluated, changes are common and frequent, to both lineups and game plans.

But after two games — one-quarter of the regular season — things crystalize and visions get clearer.

Often, the biggest jump a team makes is between weeks 1 and 2 and can indicate whether early rankings were accurate

Friday’s results showed as much. The top three teams in the Metro Top 10 all had difficulties putting their opponents away. Lakeville South, with all of its talent, was held to its lowest point total since 2018. Eden Prairie, whose defense went practically unbroached in its opener, gave up almost 330 yards of offense and 29 points to Farmington. St. Michael-Albertville needed a 19-point second-half spurt to down Centennial.

Meanwhile, Wayzata has shut out two consecutive opponents. Minnetonka, an unknown before the season, jumped in the metro rankings for the first time since 2018 with a pair of impressive victories. Maple Grove, expected to lean on its defense early, is the highest-scoring team in Class 6A, averaging 52.5 points.

And Stillwater and Woodbury are both undefeated and not because they’ve played pushovers. Their victories are legitimate.

It could end up that the early-season rankings were spot-on, but the way this season is shaking out, it seems obvious that there will be plenty of changes.

1. Lakeville South (2-0): Def. Lakeville North 12-0. The Cougars gave the rival Panthers a dose of their own medicine — a defense that won’t budge.

2. Eden Prairie (2-0): Def. Farmington 37-29. The Eagles withstood a 16-point blitz by Farmington in the latter stages of the fourth quarter.

7. Maple Grove (2-0): Def. Totino-Grace 56-18. The Crimson have scored 105 points in two games and probably deserve to be ranked higher, but no one above them has lost yet.

8. Minnetonka (2-0): Def. Blaine 28-3. Clearly the Skippers can play a little defense. They held Blaine to 46 yards on the ground and have allowed 10 total points in two games.

9. (tie) Stillwater and Woodbury (2-0): Two large east metro neighbors off to strong starts. Too bad they don’t play each other this year.