Andover, in less than a minute, settles it 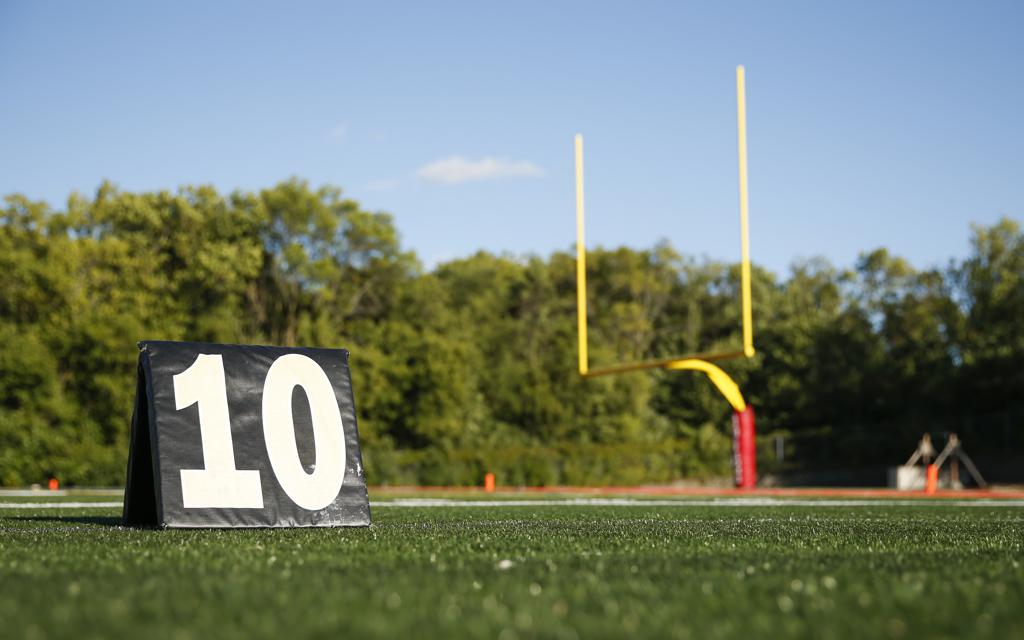 The big question mark around Andover this season was how quickly a relatively new defense would come around after suffering significant losses to graduation.

Judging by the play of the Huskies, particularly their defensive front, those worries have been alleviated. Or at least dramatically lessened.

Andover held Elk River’s potent power-T rushing attack to 70 total yards, and no points, in the first half and rode that momentum to a 28-13 victory.

“Give a big nod to our defensive coaches and our defensive kids who came in with a game plan. They’ve worked hard to bring that back to the level we had last year,” Andover coach Tom Develice said.

The Elk River offense and its relentless, quick-hitting ground attack creates mismatches and is known for the pressure it puts on defenses to eliminate mistakes. Develice said the key to Andover’s defensive success was playing disciplined football and never taking a play off.

“We talked to our kids all the time about not relaxing against that kind of an offense, because kids think it’s boring,” Develice said, laughing. “But you have to be responsible. A guy takes a deep breath and all of a sudden your responsibility is past you.”

Senior linebacker Samuel Angell said the players’ talk in the huddle was all about doing their jobs and not looking to be a hero. Playing assignment football might not be glamorous, but Friday night it was certainly effective.

“It’s different, I’ll say that,” Angell said. “But it’s still football and you still have to play.”

“They’re a really good, physical team and we don’t know where we are yet,” he said. “I thought they really took it to us in the first half.”

But Andover responded quickly. Quarterback Connor Develice found his marvelous junior receiver, Sam Musungu, behind the defense for a 76-yard touchdown on the Huskies’ very next possession.

Elk River fumbled on its first play from scrimmage after getting the ball back, and three plays later, running back Caden Wheeler raced through an opening in the Elks defense for an 18-yard touchdown. In a matter of 59 seconds, Andover had not only wrested momentum from Elk River, it had pretty much put the game out of reach.

Connor Develice, who was 16-for-28 for 228 yards and three touchdowns, said the offense, which went for more than 300 total yards, took its inspiration from the defense.

“I give 100 percent of everything in this game to our defense,” he said. “They said what they needed to do and they went out there and did it.”