See you next fall

The Star Tribune prep staff gives you the best of 2011 in state high school football: 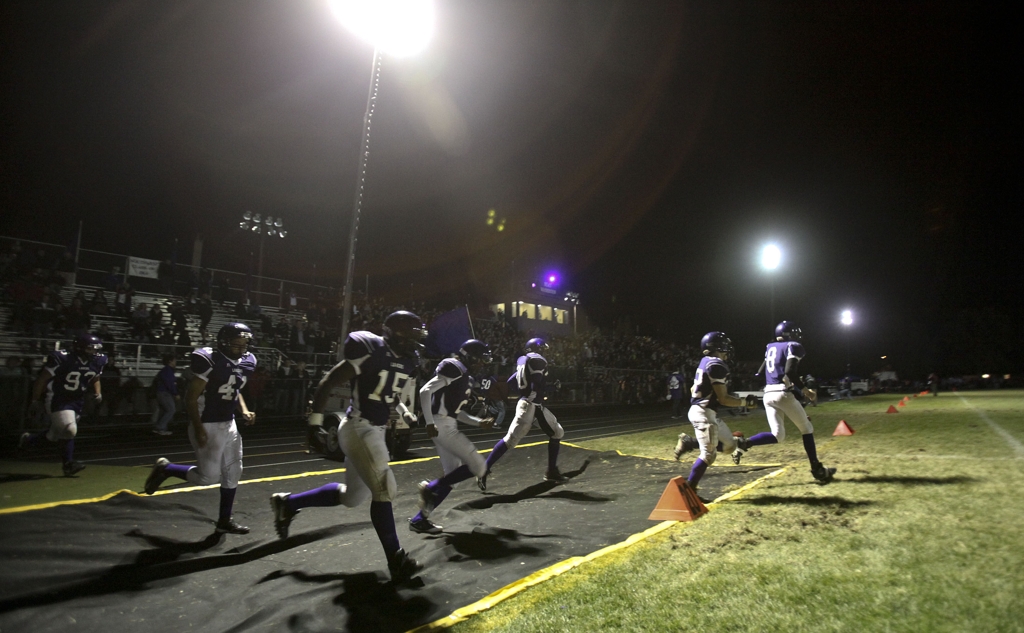 Footwear critique: A Cretin-Derham Hall spotter saw bright yellow shoes worn by a Raiders player and quipped, "Get him some shoes we can see."

DJ: Wayzata coach Brad Anderson entered the Trojans press box before the Eden Prairie game to change the stadium music from the REO Speedwagon ballad "Time for Me to Fly" to Aerosmith's classic "Sweet Emotion." Said a grinning coach: "The other song is OK if you're on a date. This is football."

Tribute: Anoka celebrated its section championship by taking team pictures with Dylan Witschen's No. 7 jersey. Witschen died of cancer as a sophomore. He would have been a senior this fall.

Third-and-forever play: Eden Prairie running back Andrew Larson really can, as the cliché goes, score from anywhere on the field. On third-and-20 on the Eagles 21-yard line, Larson sprinted 79 yards for a touchdown to spark a 24-7 victory against Champlin Park.

Selfless act: With Maple Grove determined to stop Bridgeport Tusler, Osseo's leader in rushing yards and touchdowns asked his coach at halftime to make him a decoy. Tusler still had 19 carries for 86 yards in the 13-2 victory and ended Maple Grove's final drive with an interception.

Way to get the student body on your side: After telling students who showed up way early for the first North/South game in Lakeville (while a freshman soccer game was going on) that they must leave and re-enter, Lakeville North athletic director Bob Ertl allowed seniors to stay and get the front row. The seniors chanted, "Er-tl, Er-tl, Er-tl."

"Oops" moment: A kicker from a big metro-area school told a reporter how his snapper and holder deserve credit for his success. After giving the snapper's name, he said, "The holder is ... uh, I'm not sure of his first name."

Wardrobe malfunction: Standout Cretin-Derham Hall defensive lineman Jonathan Harden borrowed a teammate's belt for the Mounds View game, but it was no match for his 46-inch waistline. He spent the game making plays and pulling up his pants.

'Free Bird' moment: A power outage at Stillwater with less than two minutes to play in the season opener against Woodbury left the field bathed in darkness for more than 10 minutes. The stands lit up with the glow of cell phones as folks did their best to see.

Behaved fans in celebration: Elk River fans wanted to storm the field after the Elks upset intradistrict rival Rogers on a last-second field goal. But dejected Rogers players were gathered at midfield with their heads bowed, listening to their coach. The fans waited on the sidelines until Rogers left the field before resuming their celebration.