Trey Feeney of Moorhead is AP Player of the Year

All-state first and second teams were also unveiled by the Associated Press on Wednesday night. 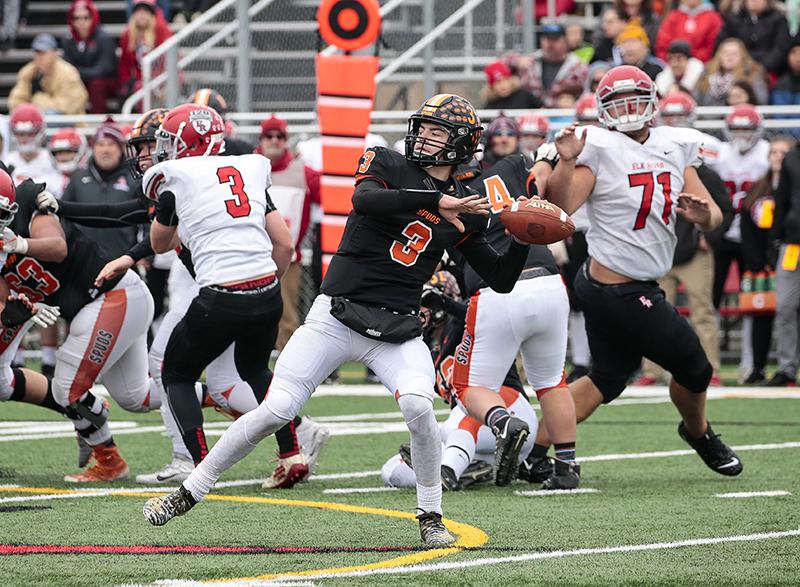 Trey Feeney (3) attempts a pass in a Class 5A state tournament quarterfinal matchup in 2019. Feeney was unveiled as the AP Player of the Year for 2020 on Thursday. Photo by Cheryl A. Myers, SportsEngine

Trey Feeney of Moorhead has been chosen the Associated Press Player of the Year in Minnesota by statewide media who voted. In addition to Player of the Year, the AP also unveiled this year’s all-state teams Wednesday night.

The senior quarterback, who is 6-foot-3, 195 pounds, led the state in touchdown passes (36), completions (137) and finished second in yards (1,965), behind Hancock’s Preston Rohloff this year, according to stats submitted to the MN Football Hub.

Powered by Feeney’s performance, Moorhead finished its fall campaign with an impressive 7-0 overall record, which includes a 63-7 blowout of Alexandria to cap the pandemic-shortened season on Nov. 20. Feeney, a University of North Dakota commit, completed 27-of-38 passes for the Spuds and threw seven touchdowns against Alexandria. He also ran for two touchdowns in the finale.

View the tables below to see the selections to both teams.