Missouri-bound Sierra Smith of Armstrong leads Athletes of the Week for Nov. 11-16 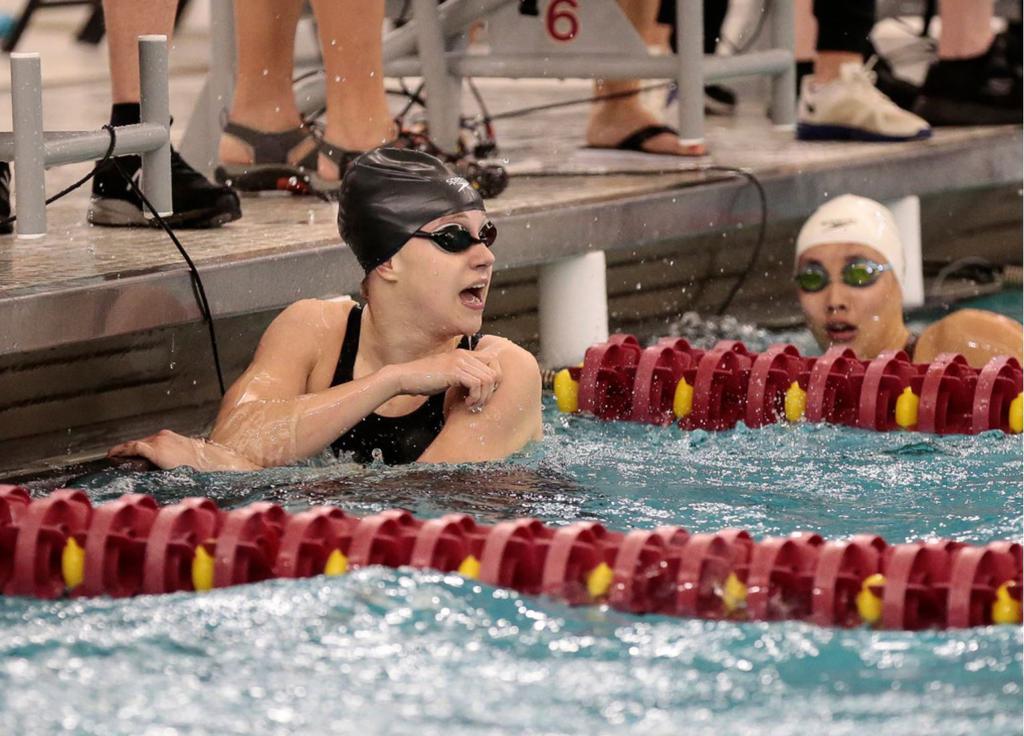 The Class 2A swimming and diving state meet has been largely the domain of Lake Conference powers Edina, Minnetonka and Wayzata in recent years, which can draw attention from high-level swimmers at other schools.

But few things are harder to overshadow than a state championship. Smith, a senior who last week signed a national letter of intent to swim at Missouri, earned two of them Saturday at the state meet at the Freeman Aquatic Center on the campus of the University of Minnesota.

Smith told reporter Heather Rule, covering the meet for the Star Tribune, that after finishing as runner-up in the 100 freestyle a year ago, she used a combination of hard work and self-talk to pull off the double-victory.

“Going into it I was like, ‘I’m going to have some really good mental talk right now,’ ” she said. “Just focus on telling myself good things.”

Smith won the 200 over a good field by taking the lead midway through the second lap and building a strong lead. In the 100, she led nearly from the outset and extended her lead at every turn.

“I was just trying to tell myself, ‘I’ve been training for it, and I don’t want to have any regrets,’ ” she said. 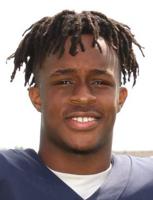 The Rebels’ defense made a 14-point halftime lead stand up in a 31-21 victory over Lakeville South in the Class 6A semifinals. The senior linebacker made plays all over the field, finishing with 11 tackles and a forced fumble.

The sophomore came home with four gold medals earned at Class 1A state meet. She won the 50 freestyle in a meet-record tying 22.79. She also won the 100 freestyle and swam on the winning 200 and 400 freestyle relay teams.

The senior forward has scored at least two goals in each of the Skippers’ first four games. She scored twice in victories over Roseau and Lakeville North, and had a hat trick — her second of the season — in a 9-4 victory over Warroad

The senior forward, who has committed to Quinnipiac, had nine goals and five assists in the Mustangs’ first four games. Last week she had a hat trick in a 7-2 defeat of Duluth Marshall and two goals, including an overtime game-winner, as Breck defeated Hermantown 6-5.

The junior provided the “wow” moments in a 34-14 victory over Coon Rapids in the Class 5A semifinals. He caught a 97-yard touchdown pass and kicked two field goals, including a 52-yarder that’s tied for sixth-best in state history. 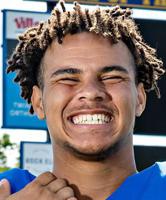 The senior running back, who has shouldered a heavy load all season for the Trojans, was at his relentless best Friday in a 28-14 Class 6A semifinal victory over Lakeville South, rushing 44 times for 269 yards and three touchdowns.