The opportunistic Chargers defeated Annandale 24-14, clinching the game in the fourth quarter on an 87-yard touchdown run after recovering a fumble when the Cardinals were threatening to score.. 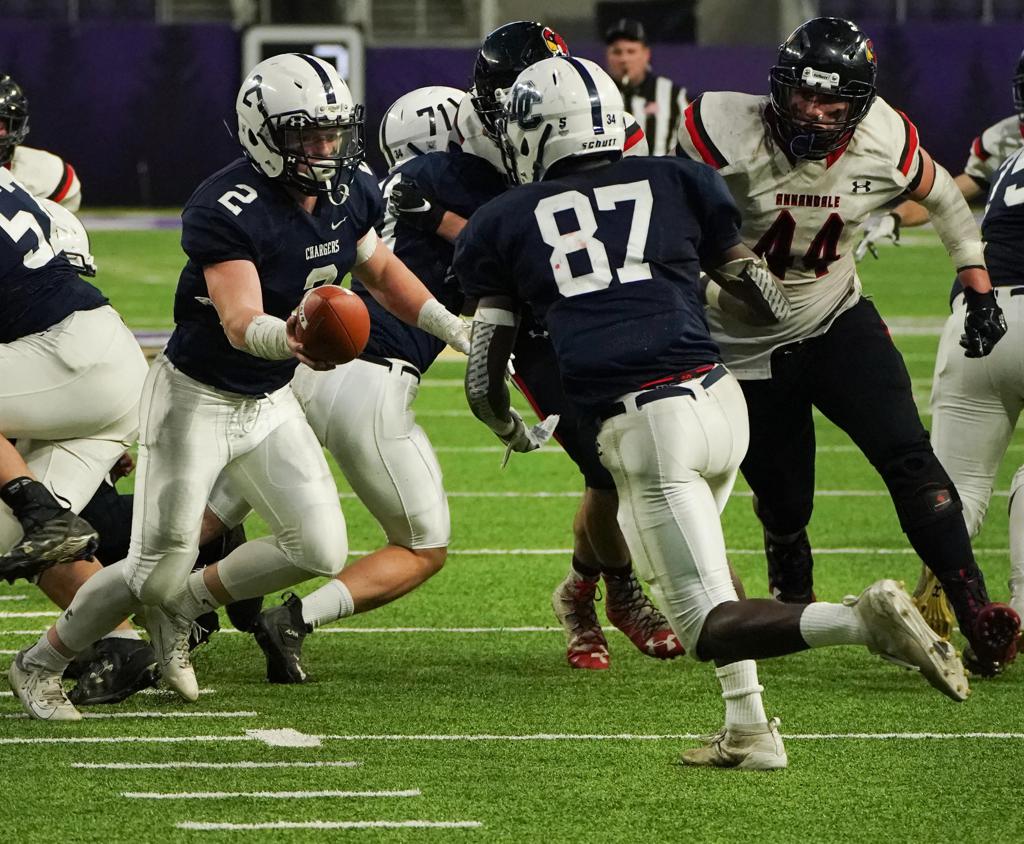 Their lead in jeopardy, Dassel-Cokato defensive players were ready to stop bending. It was time to stand firm.

They did, forcing an Annandale fumble near their own goal line with 3:45 left in the game Saturday, preventing a likely go-ahead touchdown and turning momentum squarely to the Chargers.

Three plays later, sophomore running back Eli Gillman scored his third touchdown of the game, racing 87 yards with a game-clinching touchdown and securing a 24-14 victory for Dassel-Cokato in a Class 3A semifinal at U.S. Bank Stadium. The Chargers earned their first Prep Bowl berth in team history.

“We’ve had six or seven games this year that were one-score games,” Dassel-Cokato coach Ryan Weinandt said. “We’ve been in these games before and these guys have shown a ton of resiliency.”

The game could hardly have started better for the Chargers (10-3). Annandale fumbled at the Dassel-Cokato 5-yard line on its opening drive, the first of a series of mistakes that led to a 17-0 lead for the Chargers.

Gillman scored from 3 yards out after the fumble. Dassel-Cokato bumped that to 14-0 after a blocked punt gave them the ball deep in Annandale territory and Gillman scored again on a 2-yard run. 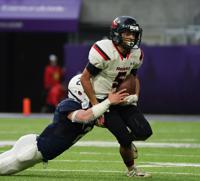 Annandale (11-2) failed to cover the ensuing kickoff and Dassel-Cokato recovered at the Annandale 15. That led to a 27-yard field goal by quarterback/defensive back/kicker Sanders Asplin for a 17-0 lead.

“Turnovers have kind of been our bugaboo all year and it cost us tonight,” Annandale coach Matt Walter said.

The Cardinals controlled play for much of the rest of the game, cutting the deficit to 17-14 with touchdowns last in the first half and midway through the third quarter, setting up their fateful fourth-quarter drive.

“It was kind of a tale of two halves,” Weinandt said. “We made a lot of big plays and were able to jump on them right away. In the second half, they settled in and we kind of struggled in the offensively. I’m really proud of these guys to a stick with it and make plays when they had to.”

Asplin, whose brother Collin made the game-saving fumble recovery, said he never doubted his team would make a play to stop Annandale.

“We always had confidence, because you never know when anything can happen,” he said.

Annandale’s fourth crucial mistake of the game proved too much for the Cardinals to overcome, falling to Dassel-Cokato 24-14 in a Class 3A semifinal at U.S. Bank Stadium.

The Chargers built a 17-0 first-half lead Saturday aided by an Annandale fumble, a blocked punt and Annandale’s inability to cover a kickoff.

The Cardinals (11-2) battled back, however, cutting the lead to 17-14 late in the third quarter. They looked poised to score the go-ahead touchdown in the fourth quarter after getting a first-and-goal at the Dassel-Cokato seven. But a fumble near the goal line, recovered by Dassel-Cokato, ended the threat.

Dassel-Cokato (10-3) advanced to the Prep Bowl for the first time in team history. The Chargers reached the Class B championship game in 1972.