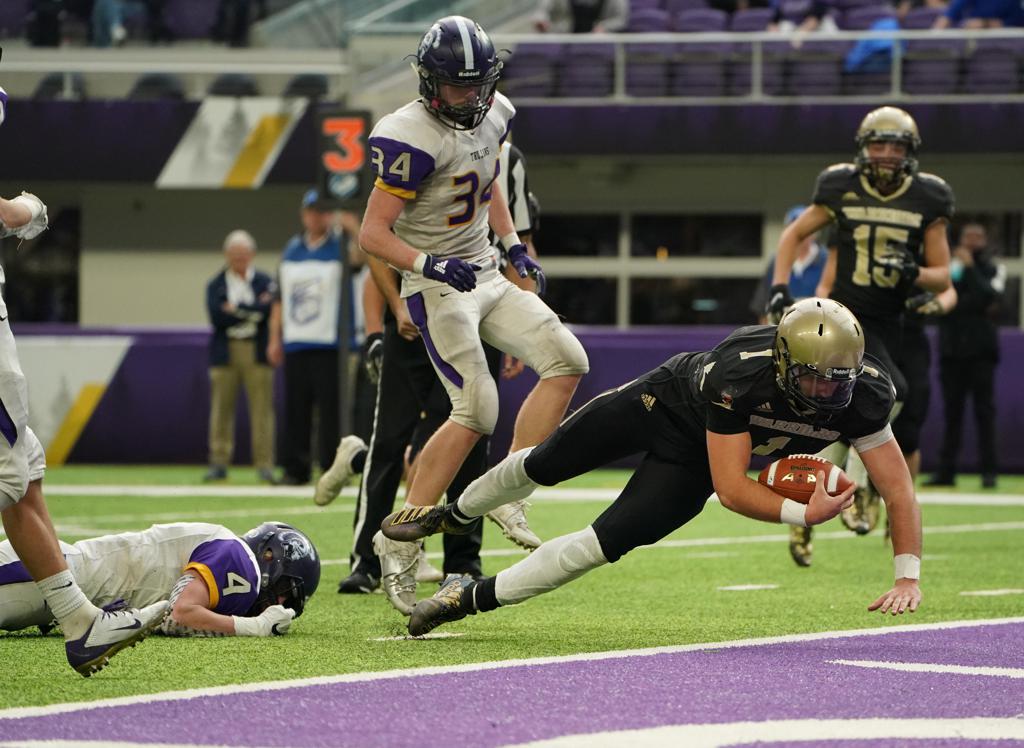 The Caledonia football program is so well-established, with 10 state championships, that coach Carl Fruechte doesn’t bother with foundation-prepping that often preoccupy coaches. At this point, the Warriors are well past that.

Showing a sophistication on offense that would rival many college teams, Caledonia endured a slow start and routed Barnesville 43-12 in a rematch Thursday of the 2018 Class 2A championship game.

After failing to complete his first seven passes at U.S. Bank Stadium, quarterback Noah King finished 13-for-25 passing for 277 yards and three touchdowns.

“We work a lot on it in the summer. We go to some passing tournaments, we’re working on it right away,” Fruechte said. “We’re not running gassers and wasting our time doing that. We’re doing football stuff.”

Fruechte acknowledged that Caledonia has been fortunate to have had some elite-level passers to build around. Noah King, in his second season as a starter, is following older brother Owen, who posted a 41-0 record before graduating in 2018. Together, the King brothers have quarterbacked Caledonia to 67 consecutive victories, the longest active winning streak in the nation.

Color Barnesville coach Bryan Strand impressed when what he saw from Noah King. 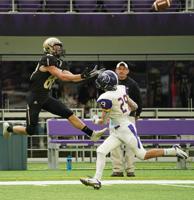 Using its spread offense, which often splits five receivers out wide and gives King the options to sift through open receivers, Caledonia took control of the game with 22 points in the second quarter.

King ran for a 3-yard score, answered by Barnesville with a 78-yard run by quarterback Adam Tonsfeldt. Then Caledonia got touchdown receptions from Eli King and Cole Kronebusch, taking a 22-6 halftime lead.

“We don’t see that throughout the year,” said Tonsfeldt, who provided most of Barnesville’s offense with 173 yards rushing. “Most teams we play run 75 to 80 percent of the time. And we come in here and face a team with incredible athletes just makes it that much harder.”

What was expected to be a competitive contest turned into simply another dominant effort by four-time defending Class 2A champion Caledonia as the Warriors routed previously undefeated Barnesville 43-12.

Wielding a dynamic passing attack and running just enough to keep the Barnesville defense honest, Caledonia rolled up 366 yards of total offense, 277 of through the air Thursday at U.S. Bank Stadium.

Quarterback Noah King passed for three touchdowns for the Warriors, who won their 67th consecutive game, the longest active winning streak in the nation.