Section play starts Tuesday in all classes except for the state’s largest, Class 6A, which will hold its first round of games Friday. 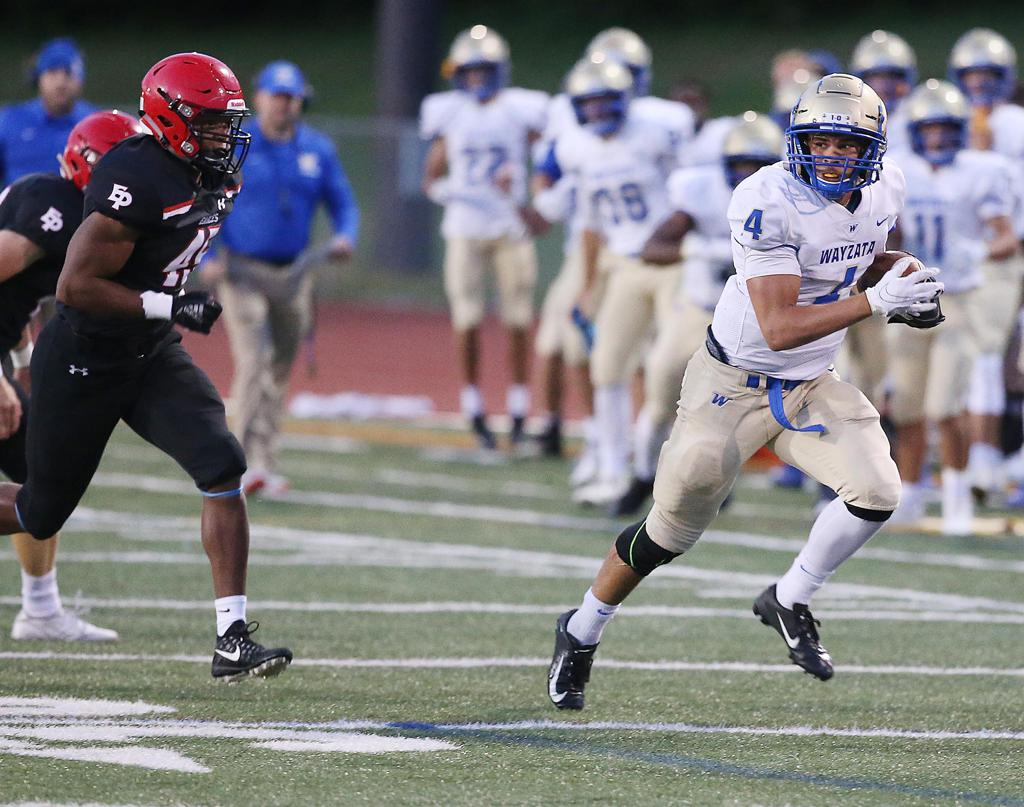 Wayzata running back Christian Vasser turned it outside and up the field for a long run, eluding Eden Prairie tackler Justice Sullivan.

The end always seems to come quickly. It’s been less than two months since the teams kicked off the football regular season, yet it ended on Wednesday, an eight-game slate condensed into 6½ weeks.

Playoffs start Tuesday in all classes except for the state’s largest, Class 6A, which will hold its first round of games Friday.

The end also signals the conclusion of the Metro Top 10. Plenty of readers have weighed in on the selections, often sharing their opinions in a straightforward manner. Agree, disagree, it was all welcome. In this man’s view, any time spent talking or debating high school football is time well-spent.

1. Wayzata (8-0): The best team in Class 6A all season, with a fast, smothering defense that allows fewer than 200 yards per game and a whole lotta grit on offense.

2. Lakeville South (7-1): Best story of the season. The Cougars lost their head coach and respond by becoming a juggernaut, outscoring opponents 180-56 over their last four games.

3. Lakeville North (7-1): The defending champion Panthers likely will have plenty to say about who wins the Class 6A title.

5. Eden Prairie (6-2): Injuries along the offensive line contributed to a midseason swoon.

6. Totino-Grace (6-2): The Eagles are back to their winning ways with a no-nonsense defense and an opportunistic offense.

7. Centennial (6-2): The Cougars seemed to grow more confident as the season went on, winning with a grind-it-out style.

9. Woodbury (5-3): Of the four teams in Class 6A with 5-3 records, the Royals have the most forward momentum, riding a five-game winning streak.