Eden Prairie falls behind, then rallies past St. Michael-Albertville

Two consecutive fourth-quarter touchdowns lifted the No. 5 Eagles to a 14-7 victory over the ninth-ranked Knights. 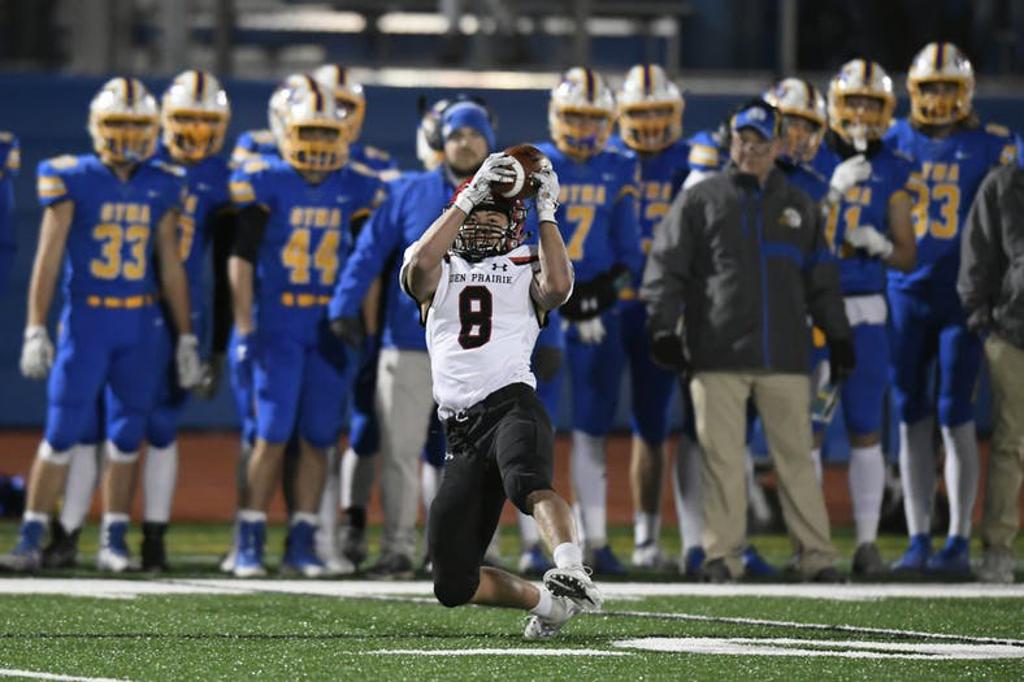 Eden Prairie and St. Michael-Albertville, both top-10 teams in Class 6A, limped across the regular-season finish line on Wednesday.

Trailing in the third quarter on the road, fifth-ranked Eden Prairie rallied for consecutive touchdown drives in a 14-7 victory. But each team faces more pressing concerns with the playoffs up next.

Both the Eagles and the ninth-ranked Knights struggled at times with injury and inconsistent offense.

Junior running back Johnny Hartle, who Eden Prairie coach Mike Grant called “our top offensive weapon,” suffered an injury just before halftime and did not return. The Eagles came back with the help of sophomore Javon Palmer-Pruitt, who capped each fourth-quarter scoring drive with short touchdown runs, from 2 yards and 1 yard out.

St. Michael-Albertville had taken a 7-0 lead on a Kolby Gartner touchdown pass to Brandon Langdok covering 34 yards in the third quarter. But the Knights (5-3) were stung by a Gartner throw in the fourth quarter that was intercepted by the Eagles’ Michael Tomsche at St. Michael-Albertville’s 27-yard line. The turnover and short field set up Eden Prairie’s go-ahead score.

“We practiced all week — Monday and Tuesday — to get underneath those short routes,” Grant said.

But Grant said the young offensive players “keep getting better. A couple breaks and we could be sitting here undefeated right now. But when you play really good teams every week, you don’t get every break.”

What teams can get, however, is fatigued. Knights coach Jared Essler sensed that his team, which played what he called “the toughest schedule we’ve ever played,” is “tired and beat up.” Like Grant, he also sees reason for optimism.

“We’ve played eight really tough, competitive games that challenged us for four quarters,” Essler said. “And that’s what playoff football will be like, so we’ll be ready.” 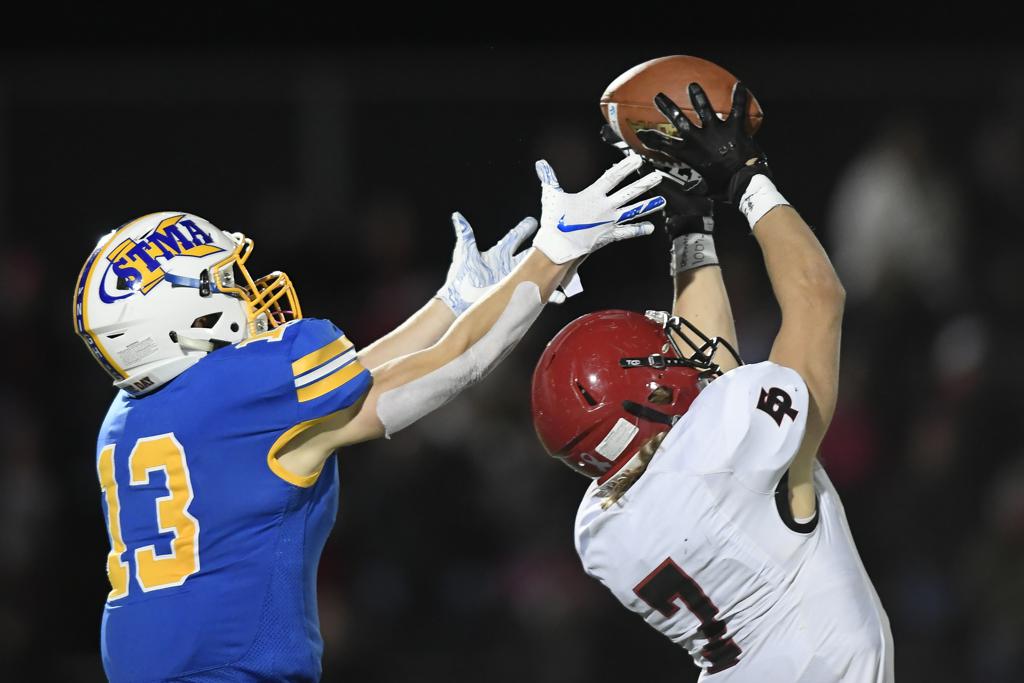 Consecutive scoring drives in the second half allowed Eden Prairie to escape from St. Michael-Albertville with a 14-7 victory Wednesday.

The Eagles, ranked No. 5 in Class 6A, fell behind 7-0 as the Knights’ Kolby Gartner hit Brandon Langdok with a 34-yard touchdown pass. Eden Prairie answered on its next drive with the first of two Javon Palmer-Pruitt touchdown runs.

A Michael Tomsche interception at the Knights’ 27-yard line stopped whatever chance No. 9 St. Michael-Albertville (5-3) had to answer. And then Eden Prairie (6-2) played keep away, running eight times and converting on fourth down for the go-ahead touchdown.

The teams were tied 0-0 at halftime. Eden Prairie missed a field goal, and had another field goal and a punt blocked.

St. Michael-Albertville dominated on special teams but struggled on offense, throwing an interception, losing a fumble and turning the ball over on downs.