Chanhassen relies on big second half to get past St. Louis Park

Jason Collins scored the first of three fourth-quarter TDs for the Storm, who have now won two straight. 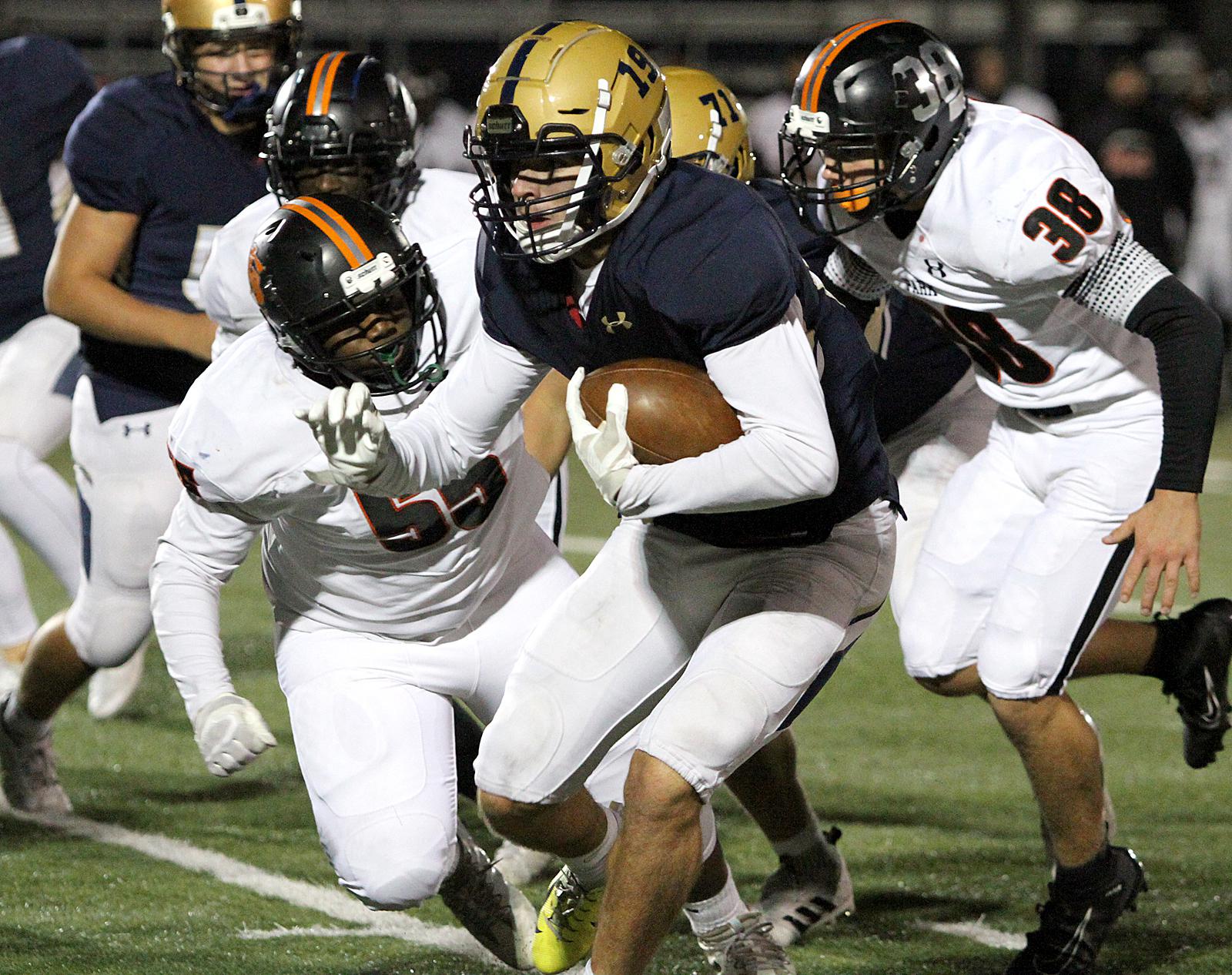 Chanhassen junior Jason Collins finished with 132 yards on 31 carries to help lead the Storm to a 40-24 win over St. Louis Park on Friday. Photo by Drew Herron, SportsEngine 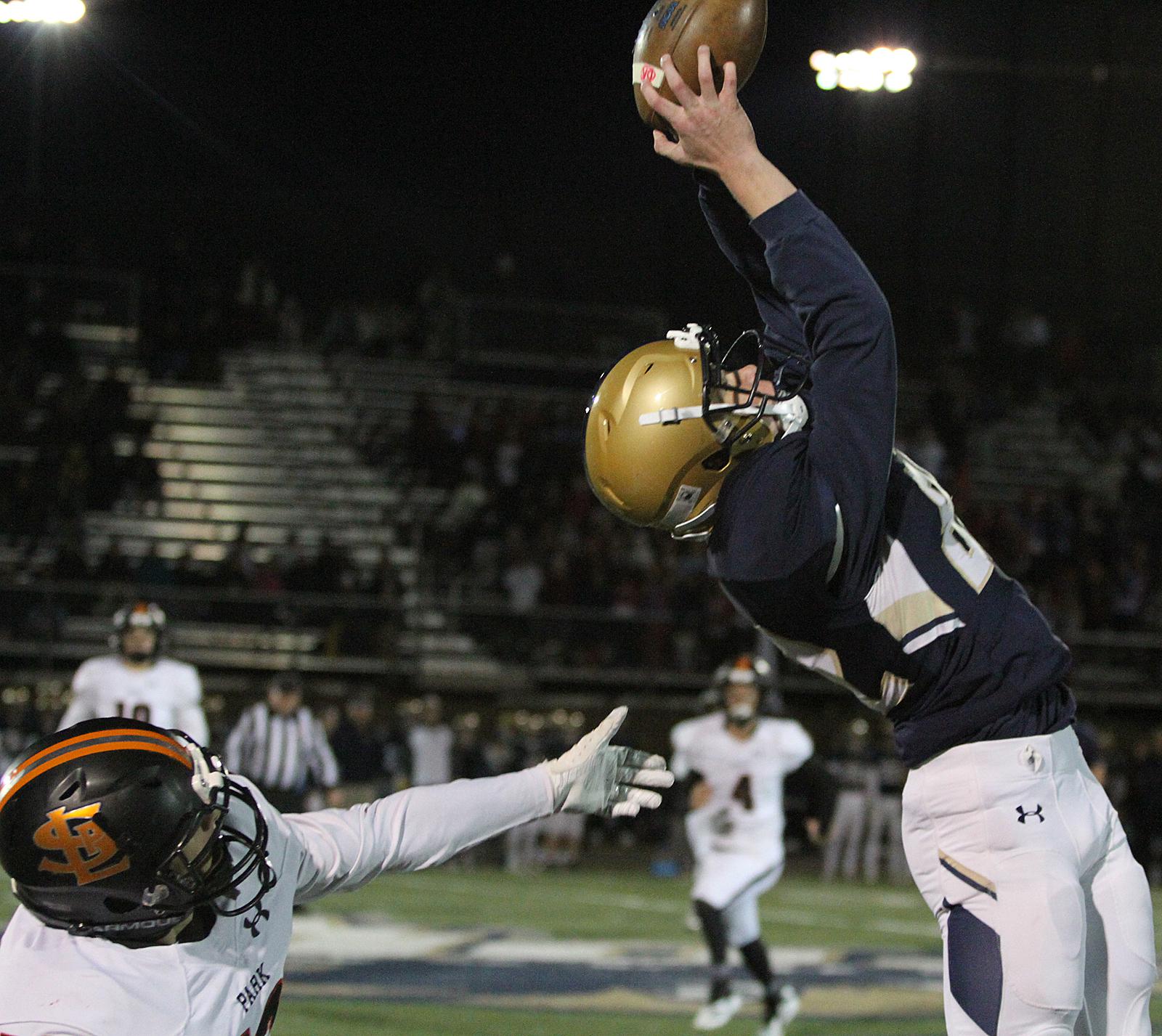 Chanhassen sophomore wideout Charlie Coenen hauls in a pass near the sideline to set up the Storm's second touchdown Friday night. Photo by Drew Herron, SportsEngine

Jason Collins picked up where he left off.

Chanhassen's junior wide receiver and running back scored the game-winning touchdown in a 19-13 overtime victory last week against Waconia. He kept the Storm’s momentum going Friday against St. Louis Park, rushing for 132 yards and a touchdown on 31 carries. 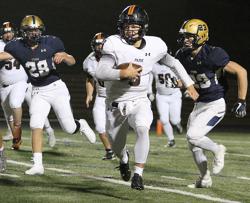 Chanhassen needed an answer to the potent air attack of St. Louis Park (2-4, 1-2) to carve out the win. Orioles senior quarterback Aaron Ellingson threw two TD passes and ran for one following an 80-yard pass.

“Credit to the receivers for going out and making plays,” said Ellingson, a three-sport athlete who hasn’t made his college decision yet. “My o-line gave me enough time to scramble and make stuff happen.”

After a scoreless first quarter, Chanhassen capped a 90-yard drive with Schaefer’s 35-yard TD pass to sophomore wide receiver Charlie Coenen with 8:03 remaining in the half.

Ellingson cut the Storm lead to 7-6 on a 62-yard TD strike to McCabe Dvorak on the following drive. They connected again in the third quarter on an 80-yard pass play, which set up Ellingson’s 1-yard QB sneak TD for a 13-12 lead.

The duo is more than just an offensive tandem. They have a tight bond.

Chanhassen simply out-ran the Orioles in the fourth quarter to stave off any comeback attempt. Senior running back Rolando Alvarez returned a kick 82 yards for a TD — the first in school history — for a 33-18 lead.

“We’ve never done that before, so we made history tonight, so that’s pretty crazy,” Collins said.

Chanhassen recovered the ensuing kickoff and marched 40 yards downfield. Sophomore running back Josh Kirchoff scored on an 8-yard TD run to make it 40-18 and put the game away with 4:40 remaining.

Collins started the onslaught in the fourth quarter with his second TD as 9:13 remained. It sparked a five-minute stretch of three TDs by the Storm.

It went fast, but maybe not as fast as Collins’ season-changing play the week before. He scored on a sweep deep inside Waconia territory for the walk-off TD.

“It was crazy. It just happened so fast,” Collins said. 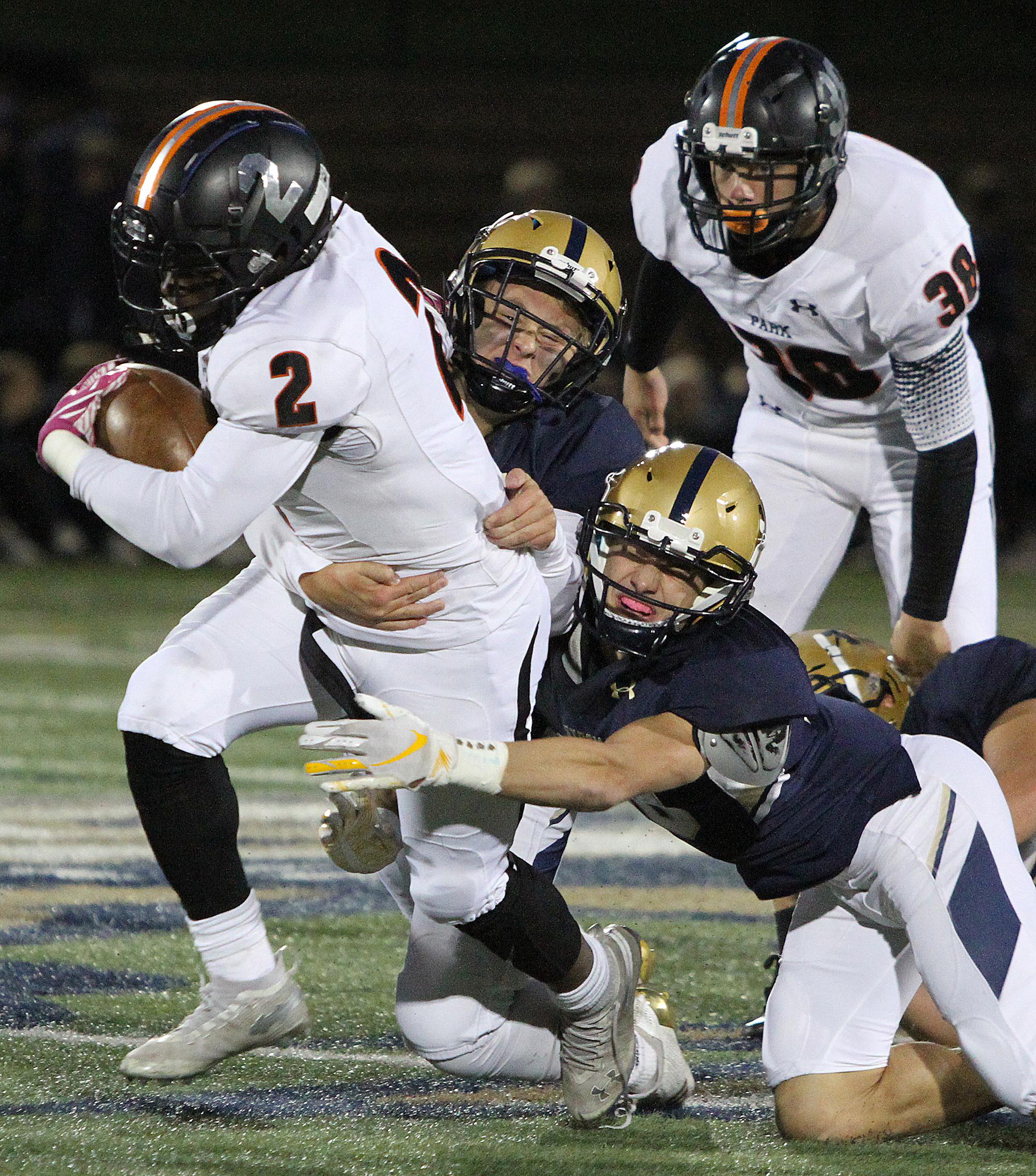 Chanhassen pulled away in the fourth quarter with three TDs in a five-minute span, beginning with a 1-yard scamper from Jason Collins, a junior, who finished with 132 yards on 31 carries.